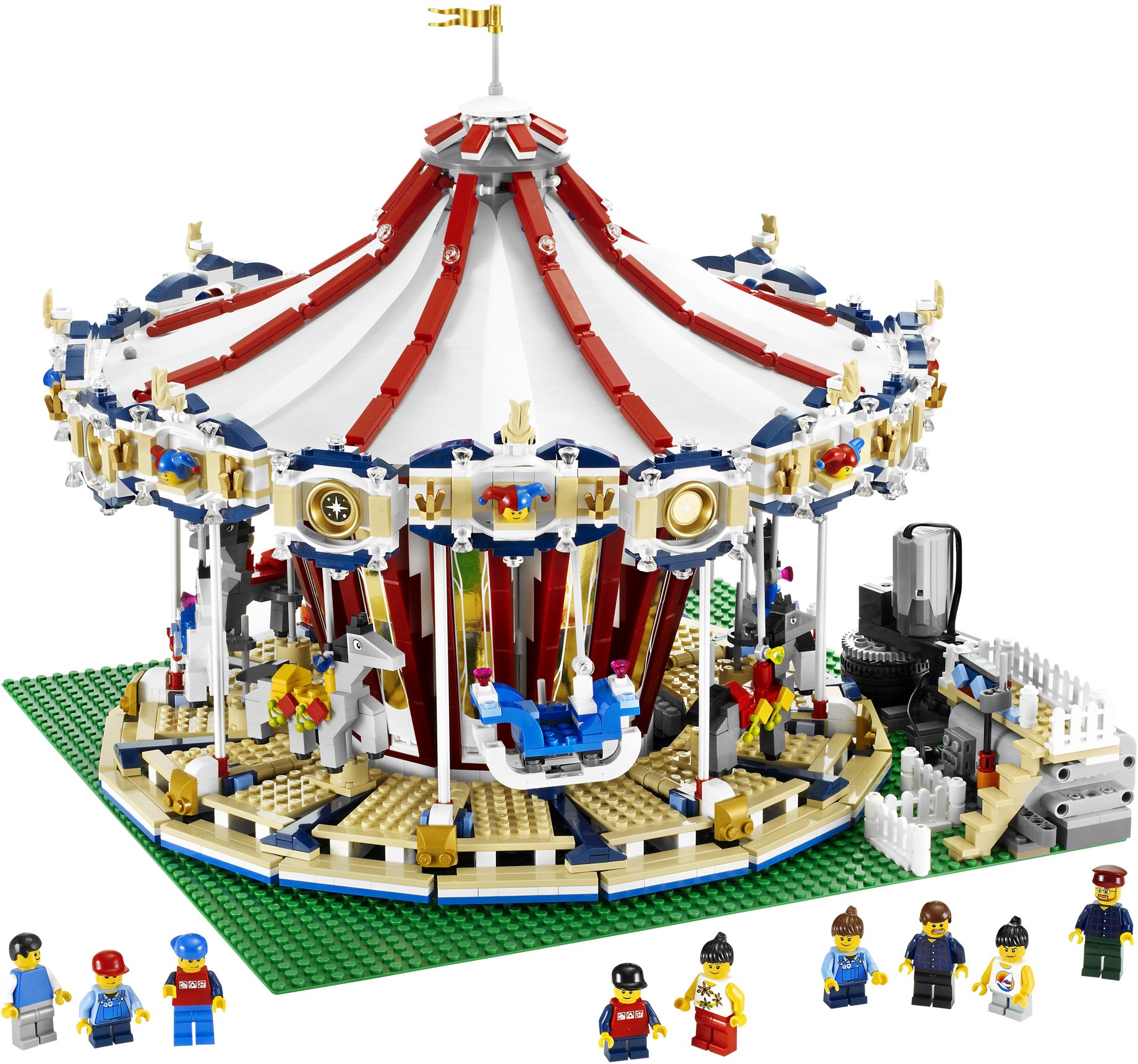 In the last few years except for 2016, LEGO has released some LEGO Creator D2C Fairground sets. There’s a rumor of a Fairground Carousel (10256) that has been floating the LEGO community for a few months now and it looks like it will be coming on June 1 according to Tragic Banjo over on Eurobricks. LEGO might have been dropping hints since March when the LEGO Star Wars UCS Snowspeeder (75144) was revealed. If you checked out the designer video, you can see Jamie Berard doing circling motions which could suggest a carousel spinning.

If this is true, it will join the Fairground Mixer (10244) and the Ferris Wheel (10247) as the sets in this LEGO Creator Fairground subtheme and will be the second large scale carousel that will be released with the first one being the Grand Carousel (10196) from 2009. Jamie Berard was the designer for both of the recent fairground sets. There’s no word on pricing or piece count at this time. I’m going to assume that the official reveal will be sometime in May with early VIP access as well.

Thanks to CM4Sci for the heads up.