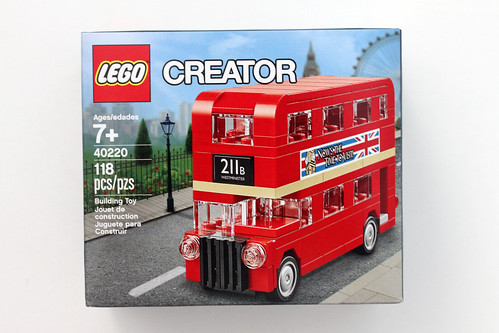 , LEGO is giving out the LEGO Creator London Bus (40220) with purchases of $75 or more as part of their main promotion for the month in the US and Canada. The contents of the box include two unnumbered bags, a 2×12 black plate, the instruction booklet, and a sticker sheet. 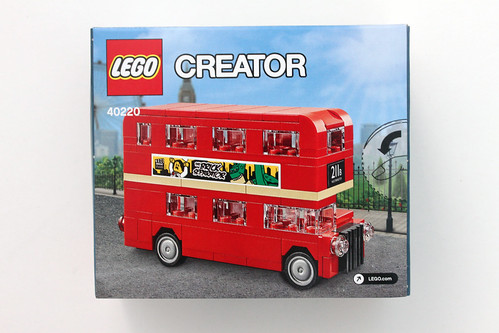 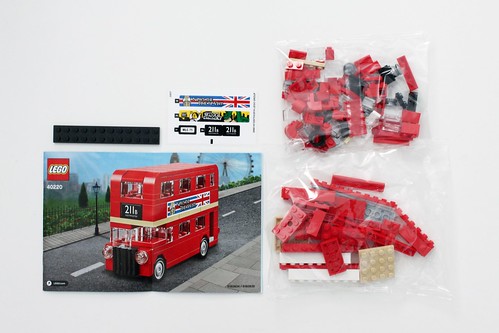 The 118-piece build is simple as you pretty much stack bricks and plates up. As the bus is a double-decker, both levels are similar with slight differences. The lower level has a lot of windows which uses the 1×2 trans-clear bricks. Not immediately shown on the front is the fairly new 1×2/2×4 angle plate used to attach the black grill pieces and 1×1 trans-clear studs for the headlights. The back left of the bus has an opening for bus entrance and a 1×1 tile for the step. At the very back, there are some 1×1 trans-clear studs for the tail lights. To finish off the lower level, there’s a 1×2 white tile with a sticker for the license plate. 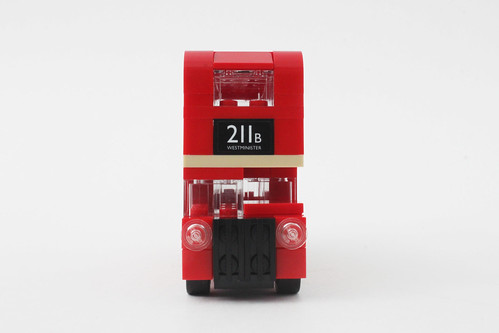 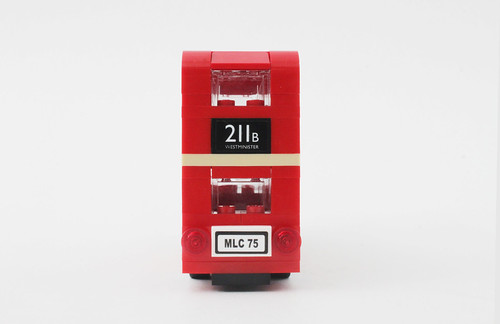 For the upper level of the London Bus, there are more of the 1×2 trans-clear bricks along with some 1×1 trans-clear bricks for the windows. The main feature here are some of the large bus advertisement stickers for the set. On the left side, the sticker features the Union Jack flag along with the Big Ben (10253)

with the words, “NOW’S THE TIME TO VISIT!” On the opposite side of the London Bus, there’s a sticker for a movie called The Brick Separator. If you have the Palace Cinema (102320

modular, this is one of the movies that is playing there. Finally on the front and back of the upper level are a couple of stickers with 211B Westminster as the bus route. A little research will reveal that the 211 route is a real-life route in London which runs past the Big Ben. 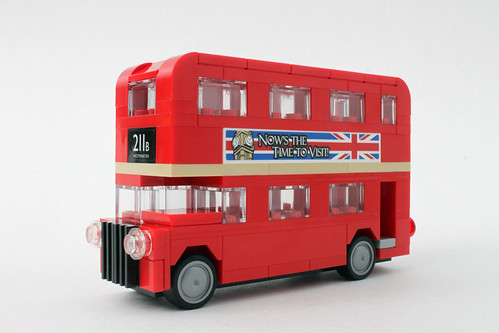 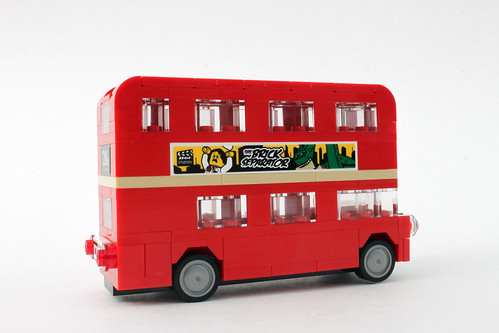 Overall, the LEGO Creator London Bus (40220) is a very nice set and judging from the comments of when it was first revealed, people really like it. It does fit in well with the Big Ben set although I’m not sure why LEGO decided not to run this promotion when the set was officially released last month. There is some controversy in the LEGO community of why the London Bus was released first in the US and Canada and not in the UK. From what I’m reading, they might be holding it off until the new LEGO flagship store opening in Leicester Square later this year. 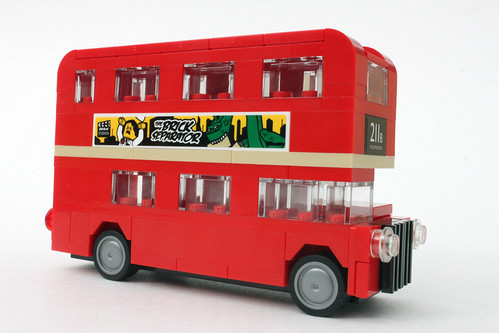