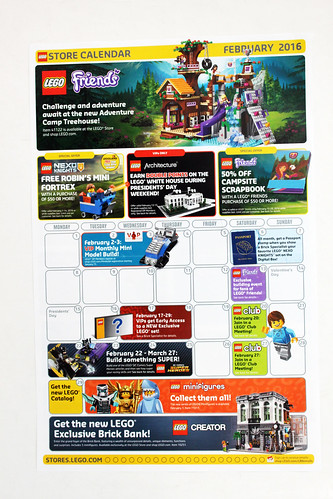 On the February 2016 LEGO Store Calendar, you probably saw that from February 15-29, VIPs get early access to a new exclusive set. Aegis2000 over on Eurobricks is reporting that it’ll be the LEGO DC Comics Super Heroes Classic TV Series Batcave (76052) with Tragic Banjo and Sir Gareth backing up the information. So far, it’s been said that the set will include Batman, Alfred, Catwoman, and Robin, just to name a few and the set will have more than just the Batcave. I’m assuming they mean the Classic Batmobile will also be in the set.

Also another piece of information that was given. A few weeks ago, there was a leaked image of Otto Preminger’s Mr. Freeze minifigure. Sir Gareth is reporting that that particular minifigure is actually a promotional polybag.

Of course all this is speculation but Tragic Banjo and Sir Gareth are pretty good sources considering that they’ve been correct on a lot of past info. LEGO should be releasing the official press release with images for the Classic TV Series Batcave (76052) in the next few weeks or so and hopefully the designer video for it so stay tuned.