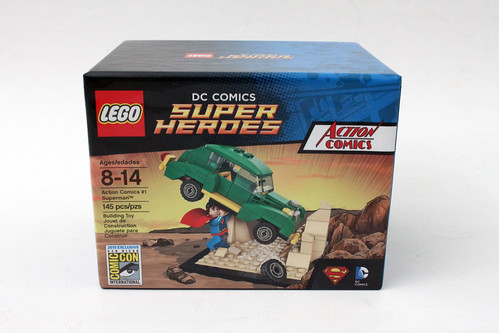 This past Thursday, it was technically the first day of San Diego Comic 2015 and as a tradition, many people got in lines for various things but mainly panels and exclusives. LEGO again this year released a few exclusives for sale at the convention and the first day was for the limited edition LEGO DC Comics Super Heroes Action Comics #1 Superman. This was a highly sought after set when it was first announced back in June.

The set recreates Joe Shuster’s 1938 iconic cover which features Superman’s first comic book cover. The LEGO set itself contains 145 pieces and retailed for $40. Some people like to keep the set sealed to preserve its “value” while for me, I opened it, and provided readers with the building instructions since there was many who were interested in building their own.

The box for Action Comics #1 Superman is one of the cube shaped ones that the exclusives are packaged in. The front shows the artwork of the set and has a similar design as the comic book cover. Around back, it gives a short description of what the set is about and the legal jargon below it. The box is sealed around the bottom area with a sticker and it also gives the number of set you got on the sides. My set is number 0320. I’m not exactly sure how many were available at SDCC because I’ve heard different numbers. The contents of the box included a sealable bag of parts and the instruction booklet. 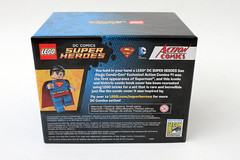 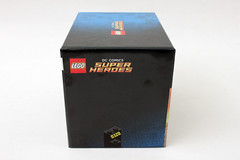 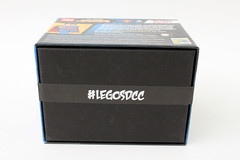 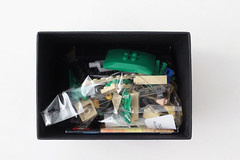 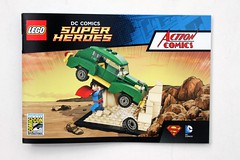 The minifigure in the Action Comics #1 set is obviously Superman himself. He is the same version that’s been in previous sets. The cape that is included is the stiffer kind and not the softer one in this year’s sets. 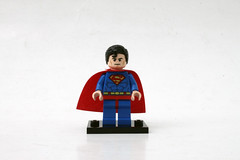 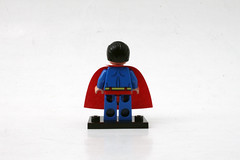 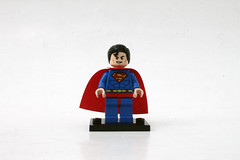 There are two parts to the build, the car and the ground area. The style of the car has many distinct features of many cars of the time including Plymouth, DeSoto, and Ford. The main color of it is green with some yellow accents in the front, side, and back. There are a few rare parts on the car but they are readily available on BrickLink. The only exclusive piece in the set is the 6135573 roof piece so you may have to find a substitute until more of that piece is released for other sets, if ever. 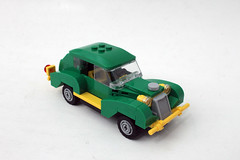 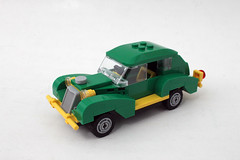 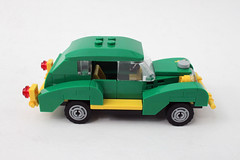 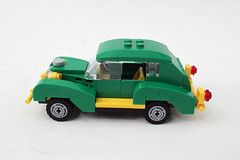 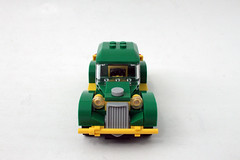 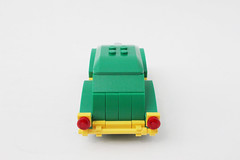 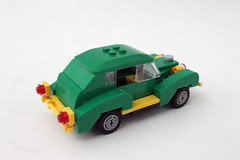 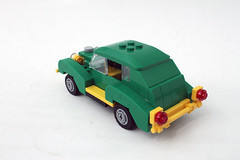 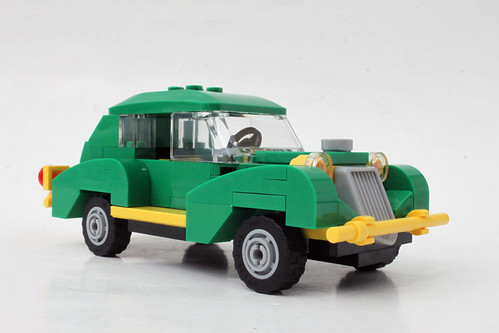 The other part of the build is the ground area with the rocky area where the car is smashed into. The total area is 12×12 studs wide with the edges being black tile pieces. The right side of the rocky area has a couple of clips to hold the front of the car to. 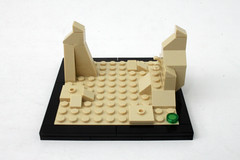 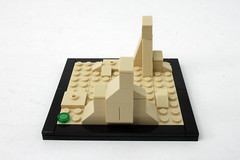 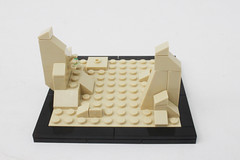 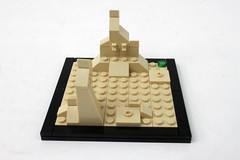 The LEGO DC Comics Super Heroes SDCC 2015 Action Comics #1 Superman set is a really cool set for anyone who is able to get their hands on it. It’s very cool that LEGO has decided to recreate some classic items or scenes starting last year with the 1966 Batmobile

and this year with Action Comics #1. This recreated scene featuring the first appearance of Superman is a great display piece. If you want to get a sealed set, eBay

is probably the place to go but it’s currently going for a pretty penny and the price won’t be dropping anytime soon. Again, I’ve provided readers with the set of instructions that you can download to build your own set. 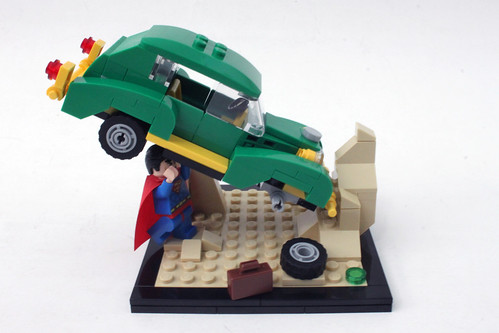 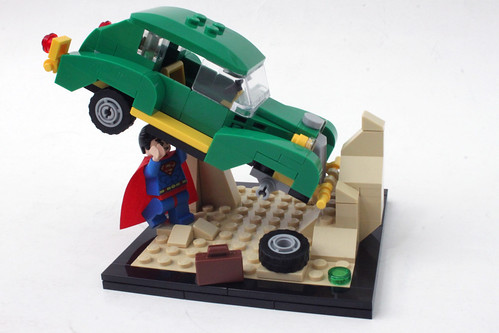 The only knock I had about the set is that I got an extra 1×1 round stud instead of the 1×1 round trans-green tile that I needed. I used one of my own pieces to replace the one that was missing. I hope this isn’t a widespread error in the sets.

I didn’t get a chance to purchase this set last Thursday but a reader who became a great friend named Ryan offered this set to me and I was speechless as I didn’t expect it at all so I would like to thank him again. If it wasn’t for him, this review wouldn’t have been possible so thanks Ryan. It was great meeting you and hope you had a good time here in San Diego. 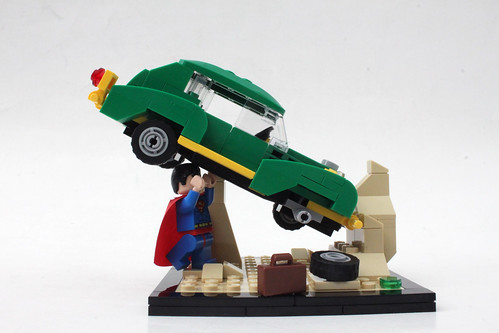 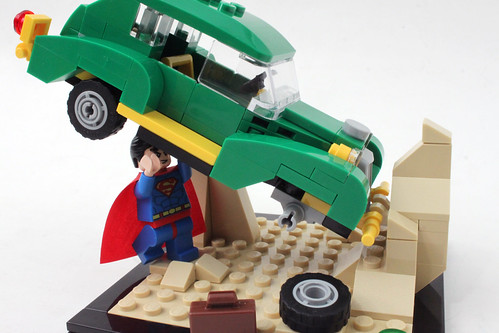