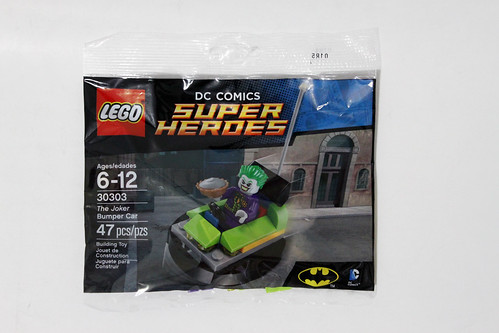 One of the best LEGO polybags in 2015 in my opinion has to be the LEGO DC Comics Super Heroes The Joker Bumper Car (30303). We first heard about it back in December but there’s been an issue of it being publicly available for purchase. First it was on Toys R Us’ website but then it was taken down then there were rumors or it showing up at Target but that never happened, to my knowledge. As of this point, the only places I’ve heard of the polybag being available, besides eBay

or BrickLink, was during the Daily Mail promotion, at a select few Toys R Us stores, and currently at LEGOLAND parks. It contains 47 pieces and normally retails for $3.99.

The only minifigure in the polybag is Joker himself. This version of the Joker has been in three previous sets so it isn’t that hard to find him but this polybag is easily the cheapest way to get him in a set. He wears his iconic purple suit with a green vest on the inside. He has a double-sided white face paint with a sinister smirk on one side and evil grin on the other. To finish his look, he has his green hair. THe Joker’s accessory is a pie. 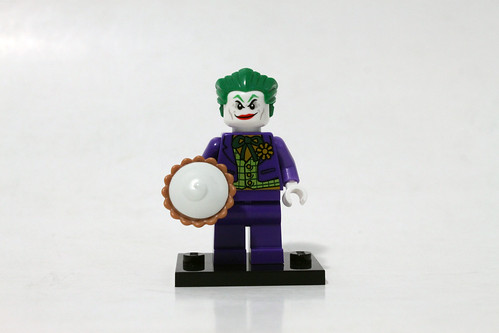 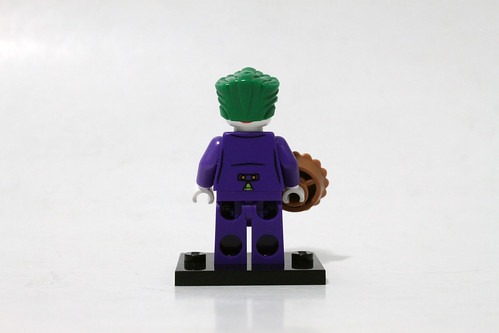 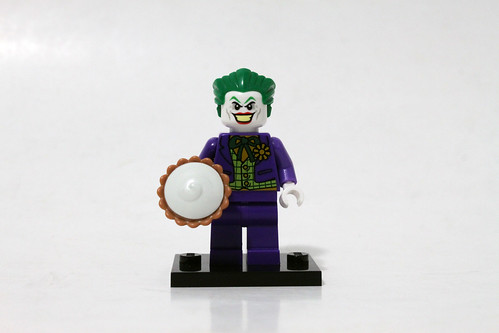 The bumper car build is pretty simple but is easily recognizable. It uses some clever SNOT building techniques to create the bumper areas. What’s nice is that it also has some wheels on the bottom to give it a smooth rolling effect. The top area of the bumper car uses some double cheese slope pieces to give it a sleek look. The attention to detail doesn’t stop there. YOu also get a moveable spoiler and the pole-mounted contact on the back. 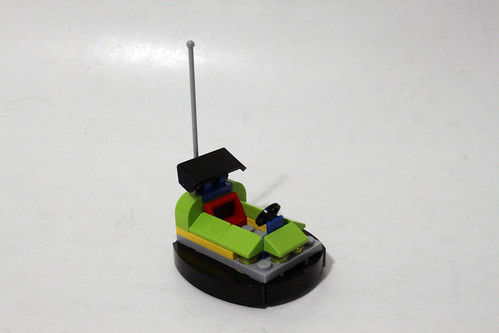 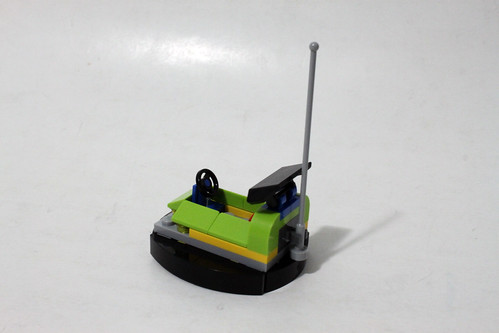 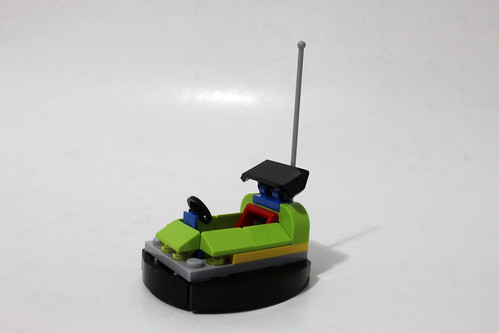 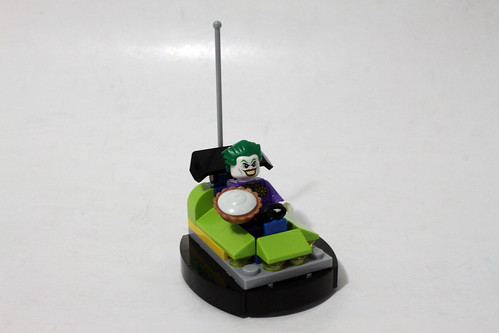 As I said before, The Joker Bumper Car (30303) polybag is a great little set to pick up if you can find it. It’ll go great with the upcoming Jokerland (76035)

set as it’s in the same amusement park theme. The latest report I’ve heard about the polybag is that it’ll be available during the week of August 9 at Toys R Us as part of a promo and have started showing up in stores for purchase as well. Thanks to Joe for sending me this polybag to review.

If you don’t want to get the polybag itself but you want to build one, the individual parts are pretty easy to get and you may already have all the necessary ones. 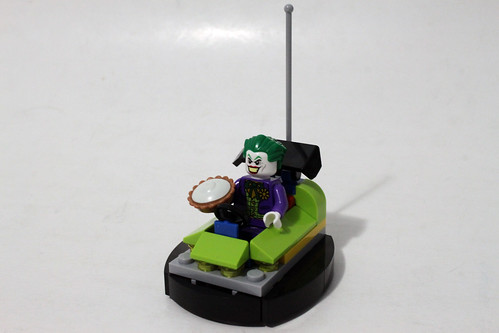