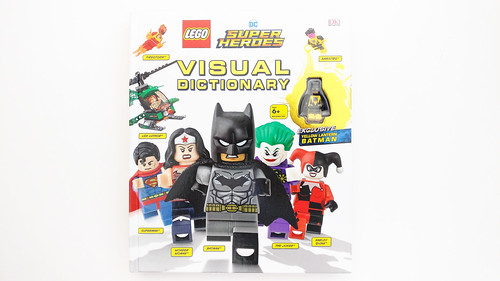 The LEGO DC Super Heroes Visual Dictionary has been recently released and Penguin Random House was kind enough to send over a review copy of the book. If you’re not familiar with the Visual Dictionaries, it is basically a guide of of all the LEGO sets and minifigures of a certain theme. The book has 128 pages and retails for $21.99 but as of this writing, it is on sale on Amazon for $14.71.

As with a majority of the Visual Dictionaries, the book also comes with an exclusive minifigure and for this one it is the Yellow Lantern Batman. The torso is similar to the one that Sinestro has from the Green Lantern vs. Sinestro (76025) set but with some miniscule differences between the two. The middle of the torso shows the Yellow Lantern Corps symbol with some metallic silver at the bottom. The legs are mostly yellow with some black on the front. He does have a double-side head with stern look on one side and an angry look on the other. He also has a yellow headband on to also represent the eye when the cowl is on. To complete his look, he has a soft fabric cape. 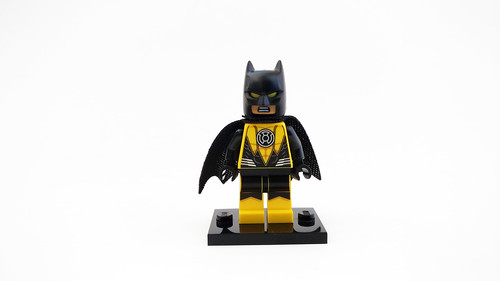 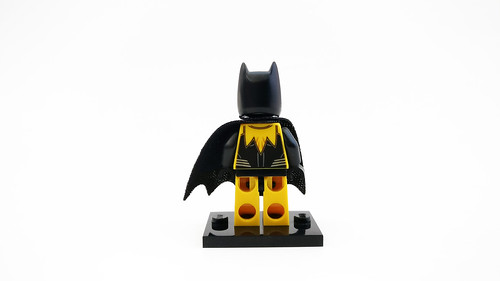 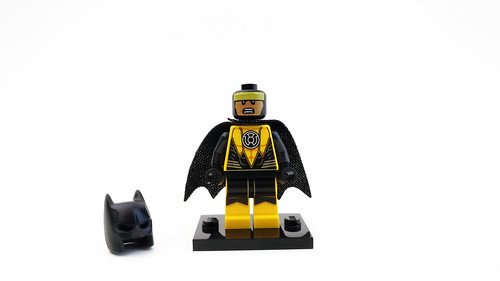 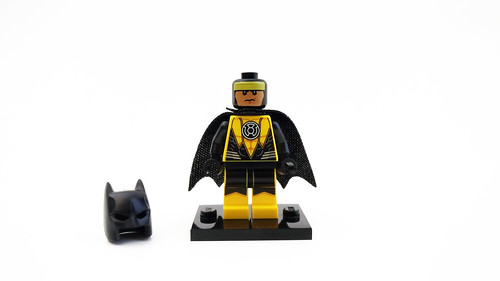 As for the LEGO DC Super Heroes Visual Dictionary itself, the content is separated into three different categories, Super Heroes, Super Villains, and The LEGO Batman Movie. Before we even dive into the content, there’s a nice timeline detailing some of the more notable sets and other DC Super Hero properties that have been released since 2006. 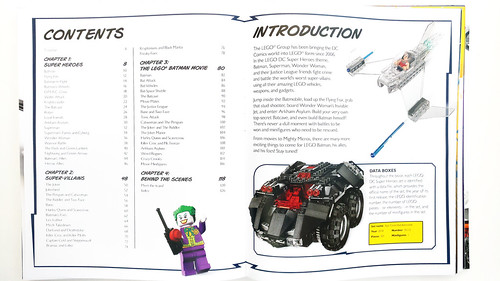 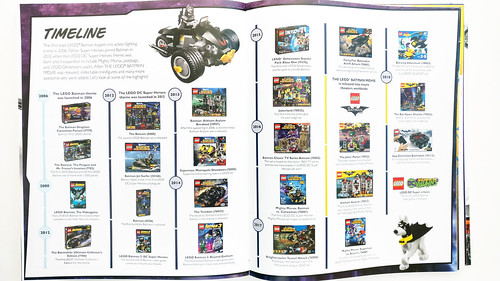 For each of the sets and minifigures that are discussed, there’s a little fact table to show some of the details of that particular set. You also get a short description of the set as well as high quality images and showing some of the little details. 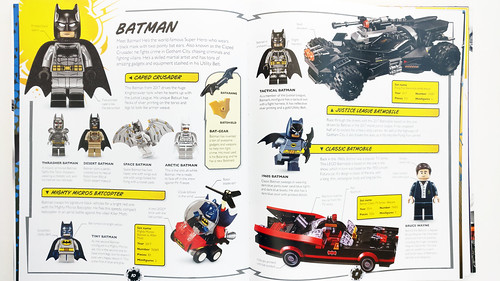 At the end of the book, you get a look at the LEGO DC Super Heroes design team and it gives a quick look at how the designers came up with the sets and minifigures as well as some interviews. 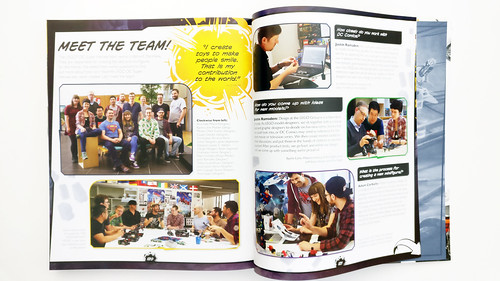 Overall the LEGO DC Super Heroes Visual Dictionary is updated to the latest sets including the App-Controlled Batmobile (76112). If you’ve been adding the Visual Dictionaries to your library, the book is nothing that you don’t expect as you get a lot of little details of sets that you may not know about. 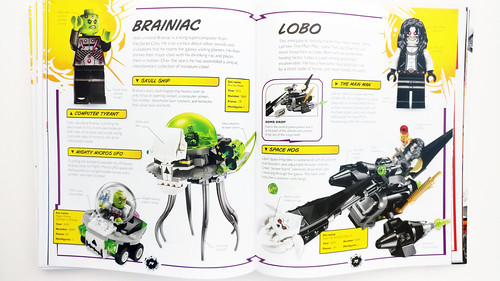 One thing I noticed about the book is that it is not a complete guide because there are some minifigures and sets that I did not see such as the Batman Zur-En-Arrh from SDCC 2014 or Atom from 2016 or Vixen from 2017. It also didn’t show off the exclusive Bat-Pod (5004590) set from a few years ago. Even some previous versions of the Batmobile didn’t show up. The book, however, does have some other SDCC exclusives like Shazam and Bizarro so I’m sure what the criteria for being in the book is. 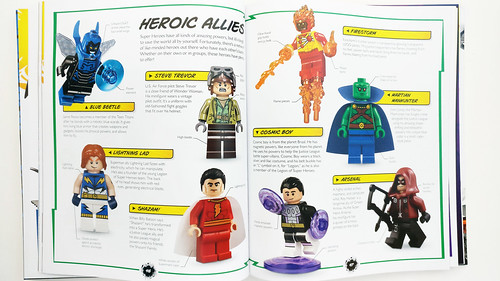 As I mentioned before, the LEGO DC Super Heroes Visual Dictionary is now available for purchase on Amazon.

Thank you to Penguin Random House for sending in this set for me to review. The content above represents my own opinion and not the company. Review sets sent in does not guarantee a positive review.