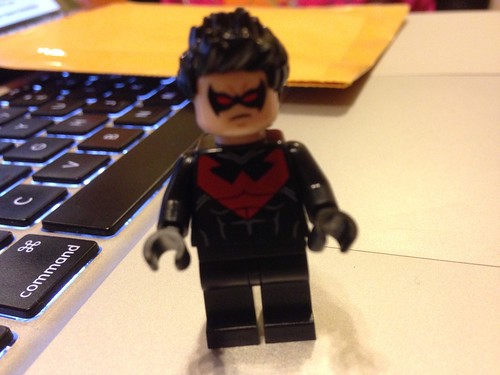 Back in August, we did a post on some details of the 2014 LEGO DC Universe Super Heroes sets. In the The Joker Steam Roller (76013) set, there was an unidentified hero minifigure but we didn’t know who it was. We speculated that it could possibly be Nightwing but until there were definite details, we could only guess who it was. Well as you can see from the image above, courtesy of our buddies over at Your Creative Friends, The New 52 Nightwing has been found!

The minifigure is mostly black with the new red Nightwing symbol featured across the torso as well as across the back with grey hands. The legs are also black as well. He has a double-sided head with him wearing a black mask with red eyes and a smirky look on one side and a serious look on the other. His hair is also black and is spiked up. There’s no details on whether he will have his batons but I’m going to guess he will.

Are you excited that there will be a new Nightwing in an upcoming set? I know I am! Check out YCF’s video below for an in-depth look at the minifigure. 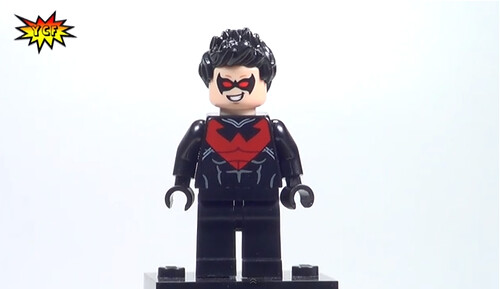 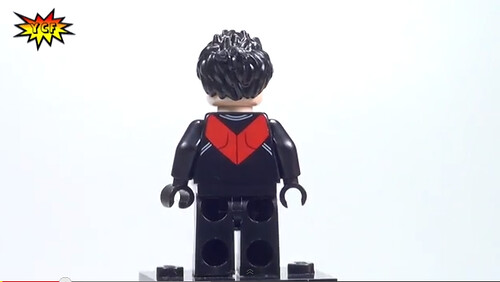