In out second review of the LEGO DC Universe Super Heroes sets of 2013, we have the Superman: Black Zero Escape (76009). The set contains 168 pieces and retails for $19.99 which is about $0.12/piece. The contents of the box includes two numbered bags, one instruction booklet, one comic book, and one small sticker sheet. 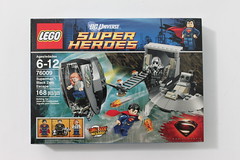 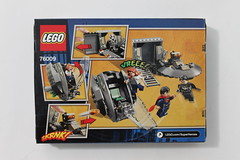 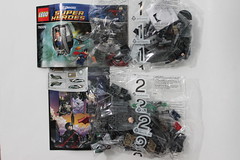 There are three minifigures included in the set: Superman, General Zod, and Lois Lane. The Superman minifigure is the Man of Steel variant in which he wears a darker blue suit. On top of the torso, is some printing for his neckline and part of the cape. On the middle of the torso are some gold gold and silver embroidery printing as well as the iconic “S” in the middle of the chest which is also the Kryptonian symbol for hope. There is also some silver printing continuing down the legs. Superman has a double-sided head with a serious look on one side and an angry expression on the other with his laser red eyes. And of course he has his red cape and hairpiece with the curl in the front. He is the same minifigure as in the Superman Metropolis Showdown (76002). 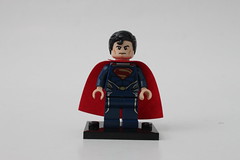 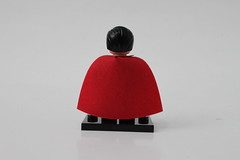 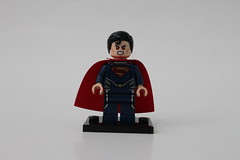 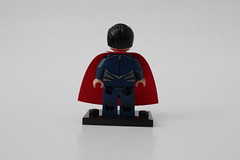 General Zod is also the same minifigure as in the aforementioned Metropolis Showdown with two differences.
He still wears his black outfit that bears his symbol with the black cape. Zod now also wears his combat armor and helmet. The new armor piece is mostly silver and grey and covers up most of his torso. The helmet also has the same colors as the armor and it looks a lot like a breathing device. Zod’s accessory is a new gun piece. He also has a black hairpiece he’s not wearing the helmet but it will not fit unless the armor piece is off. 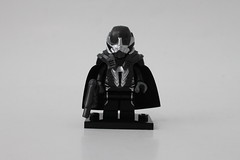 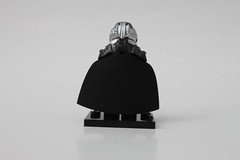 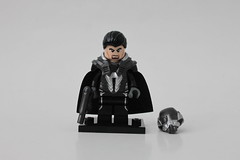 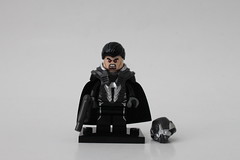 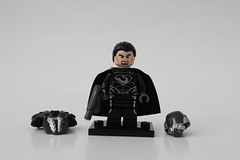 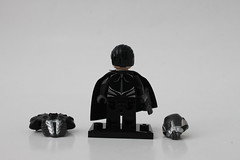 The final minifigure in the set is Lois Lane. She is a new minifigure that is exclusive to this set. She wears a light grey vest over a white blouse with blue pants. She has a double-sided head with a smile on one side and a scared expression on the other. Lois has long red hair that goes down her back and also over her right shoulder. 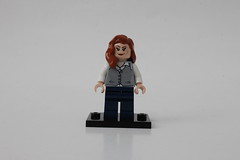 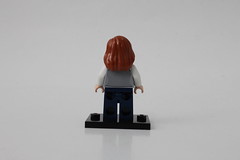 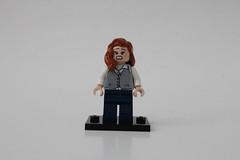 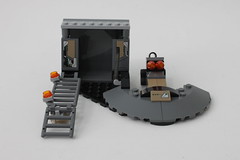 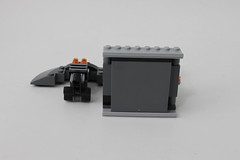 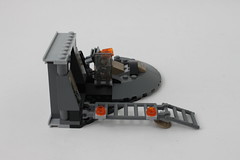 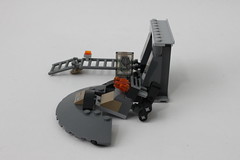 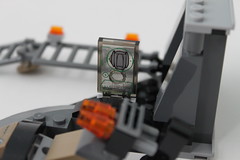 The escape pod is a little bit more interesting than the Black Zero. It is a front-facing pod that seats one person with a drop down window shield. Below the seat are a couple of guns for the weapons defense. On the back of the pod are three large thrusters and four smaller ones. 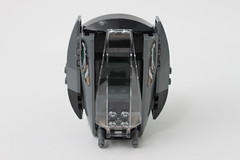 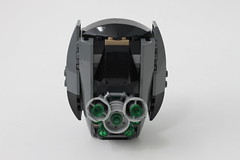 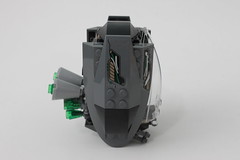 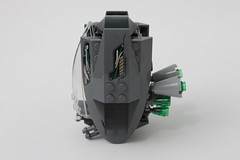 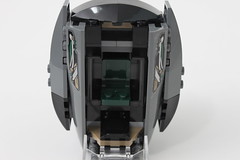 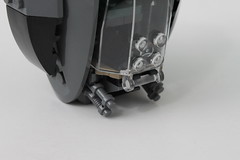 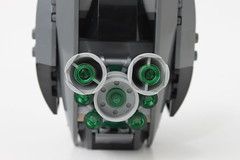 So what do I think of the Black Zero Escape (76009)? Honestly, I think it’s a bit underwhelming. Let me rephrase that. It’s very underwhelming. The Black Zero section looks nothing like the one in the Man of Steel movie. The flick-fire missiles were completely unnecessary but LEGO had to include them in their action sets. The escape pod is a little bit better but not much. Also, Faora would have been a better suited minifigure to be included since she was the one in the movie scene, not General Zod.

The whole scene that was depicted in the set was only about 30 seconds in the movie which makes it a fairly poor set to create. Perhaps a set based on Krypton would be a much more interesting set in my opinion. I would probably recommend picking up the set only for the minifigures since this set is the cheaper of the two sets that feature the armored General Zod minifigure and plus the Lois Lane minifigure is exclusive to the set. 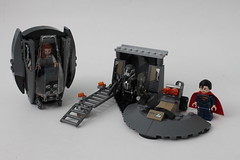