With the impending release of the Man of Steel movie this month, LEGO has decided to create sets based on the movie. Here we have the LEGO DC Universe Superman: Metropolis Showdown (76002). This set has 119 pieces and retails for $12.99, a $0.11/piece ratio. It is the smallest of the three Man of Steel sets that were released. The box contains two unnumbered bags, two instruction booklets, and a couple of loose pieces. We weren’t sure why a set so small had two instruction booklets when LEGO could’ve fit it all in one booklet. 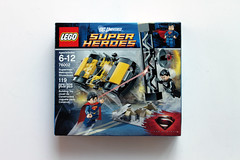 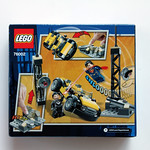 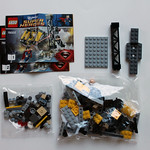 There are two minifigures in the set: Superman and General Zod. This is only the second time we’ve gotten a Superman minifigure, not including exclusives. The first was in the Superman vs Power Armor Lex (6862) from a couple of years ago. Superman gets a total makeover to closely match the new look from the Man of Steel. As you can see, his suit is a much darker blue than his classic suit. The “S” emblem is prominent on the middle of the torso along with detailing on the bottom half of the torso and runs down the legs. The same kind of detailing is also on the back of the torso. This version of Superman has a double-sided head with a serious look on one side and an angry one with red eyes on the other which represent his laser beams. He also has the signature curl on his hair. 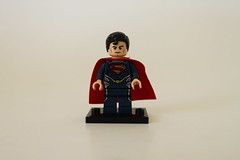 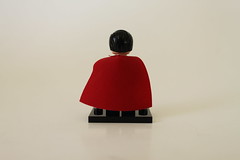 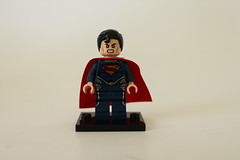 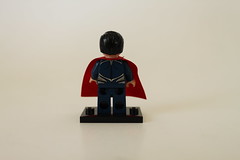 The other minifigure in the set is the villainous General Zod. The majority of Zod’s outfit is black with hints of white and grey. The detailing on the torso and legs are very similar to Superman except the coloring and the emblem on the middle of the chest. For Zod, he has a sideways Omega symbol. He has a double sided head with a serious look with a goatee on one side and an angry look with red eyes on the other, much like what Superman has. He has slicked back black hair. 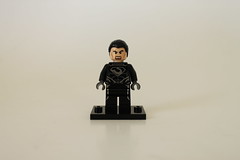 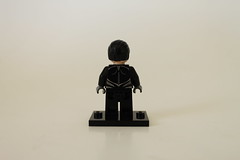 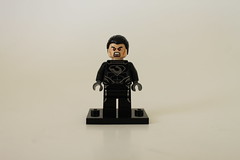 There are two parts to the build: a satellite town from the city of Metropolis and a yellow sports car. The tower is extremely simple to build. There’s not much to the structure but there are a couple of play features to it. One is a catapult to “launch” Superman or General Zod to the air or to flip the car. The other feature is a lever to topple over the satellite tower. 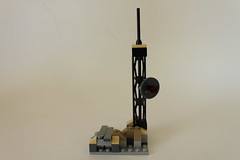 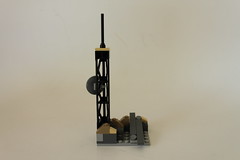 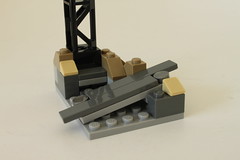 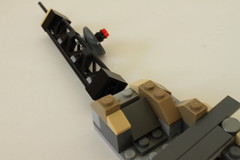 The yellow car is the other part of the build. There’s nothing fancy about the car either except that it’s sporty. It is meant to be something that is to be destroyed in the melee between the characters. 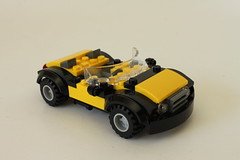 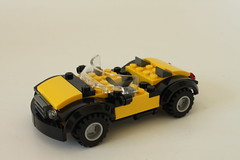 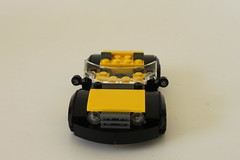 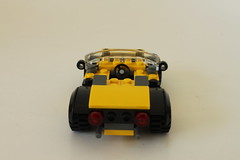 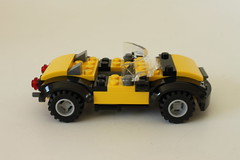 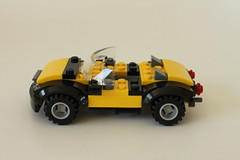 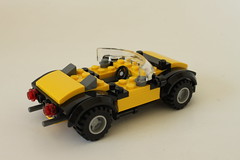 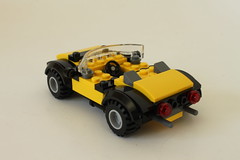 Overall, this set doesn’t really do much for me. The minifigures are not exclusive since they are in the other two sets in the wave. The set took about 10 minutes to build and it felt like there could be more to it. However, this set is an easy way to get the Superman and General Zod minifigures. 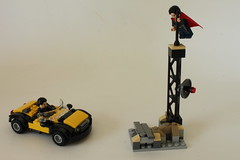 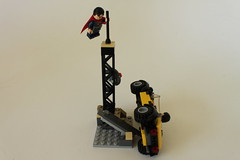 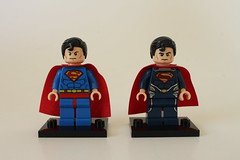 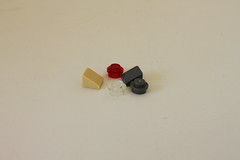