Here’s something very interesting coming from one of our readers who have shared some information about some upcoming LEGO Dimensions expansion packs. We already knew that we would be getting expansion packs from franchises such as Teen Titans Go! and LEGO City Undercover when it was first announced.

A reader did some datamining and found some expansion packs that would be coming out for some franchises. Looking at the info, it looks like LEGO City: Undercover will be a Chase McCain Fun Pack while Teen Titans Go! will be a Team Pack which includes both Raven and Beast Boy. For that set, it’ll be either 71254 or 71255. There’s also some details of the Powerpuff Girls which will include all three characters of Blossom, Bubbles, and Buttercup. No word about which expansion pack(s) they will be in.

What’s most interesting out of the screenshot is the Lord Vortech Fun Pack which could mean that we’ll finally be getting a Lord Vortech minifigure which fans have been asking for since LEGO Dimensions was first released. Of course, this could be just dummy info to throw everyone off but we’ll see.

Thanks to Matthew for the info. 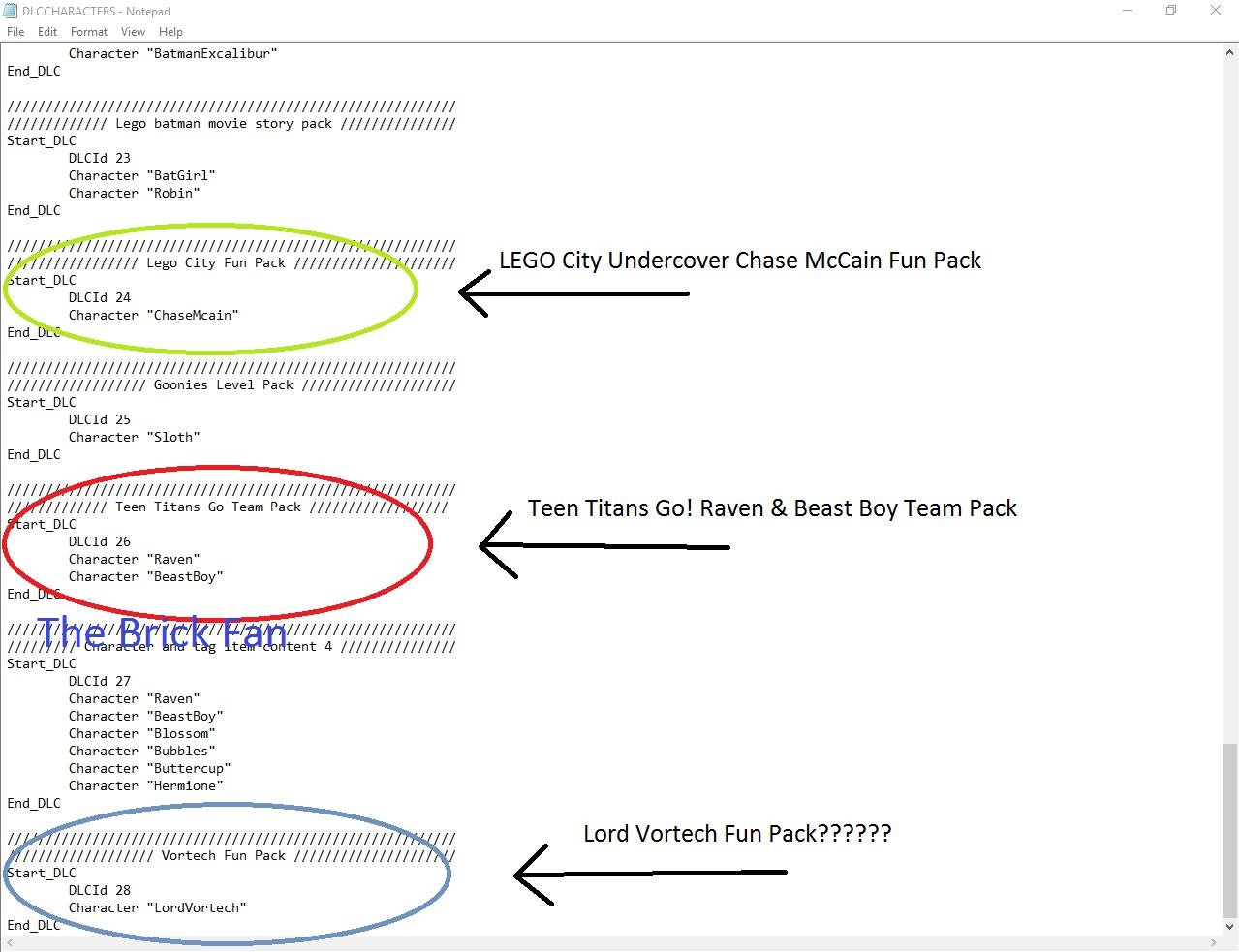