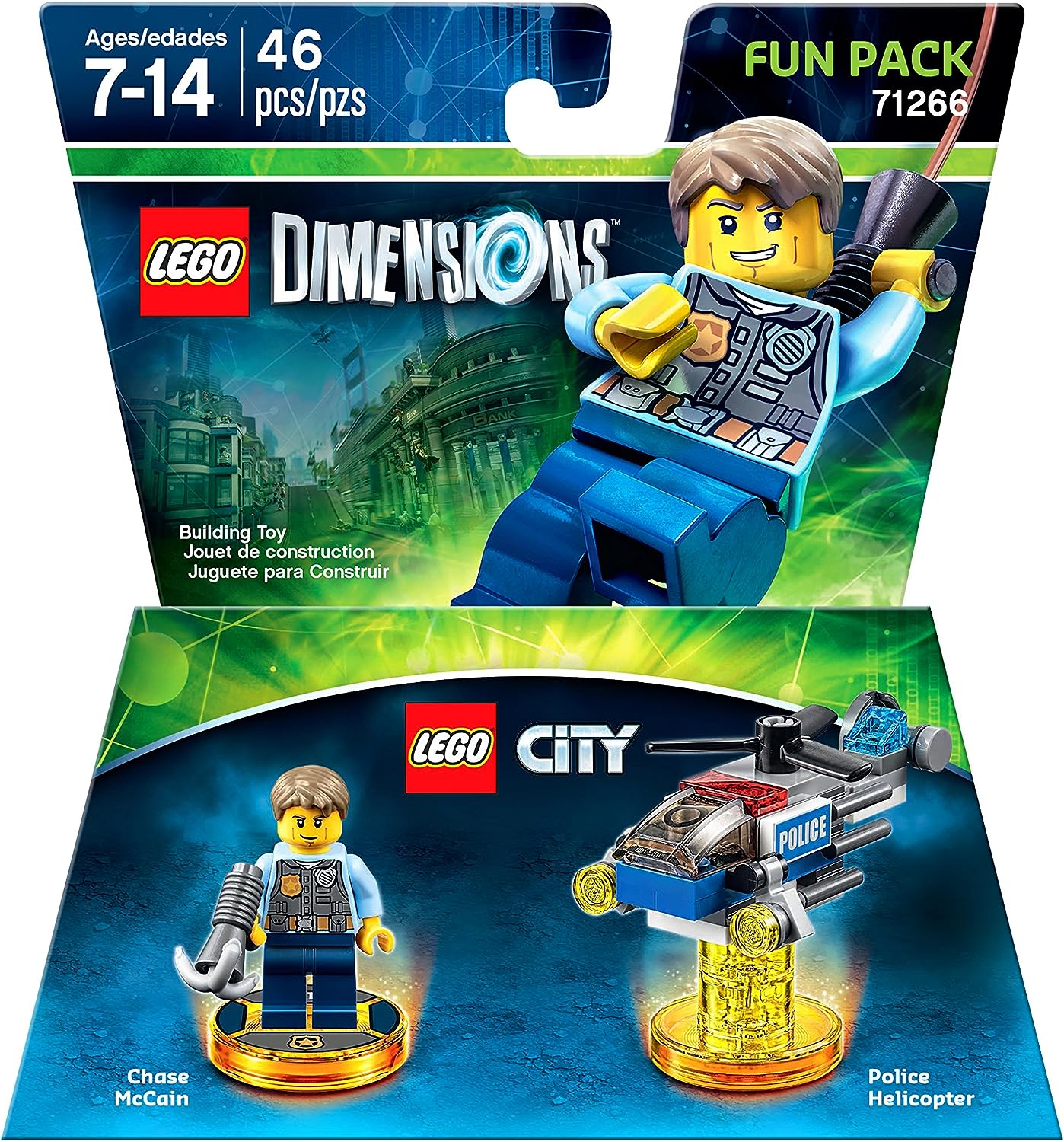 Help stop crime in the LEGO Dimensions multiverse with LEGO City’s Chase McCain. Build and place Chase on the LEGO Toy Pad to bring him to life in the game. Use his LEGO City Detective Scanner to track down bad guys and change his disguise to unlock more abilities. Become a Miner to break Silver LEGO bricks or a Fireman to use your Water Beam to put out fires. Unlock the LEGO City Adventure World to explore new areas like Blackwell’s moonbase and the LEGO City Police Department, and the Battle Arena to compete with up to 4 of your friends. Build Chase’s Police Helicopter to fire off bolts, then rebuild it into the Police Hovercraft and Police Plane for additional in-game abilities. 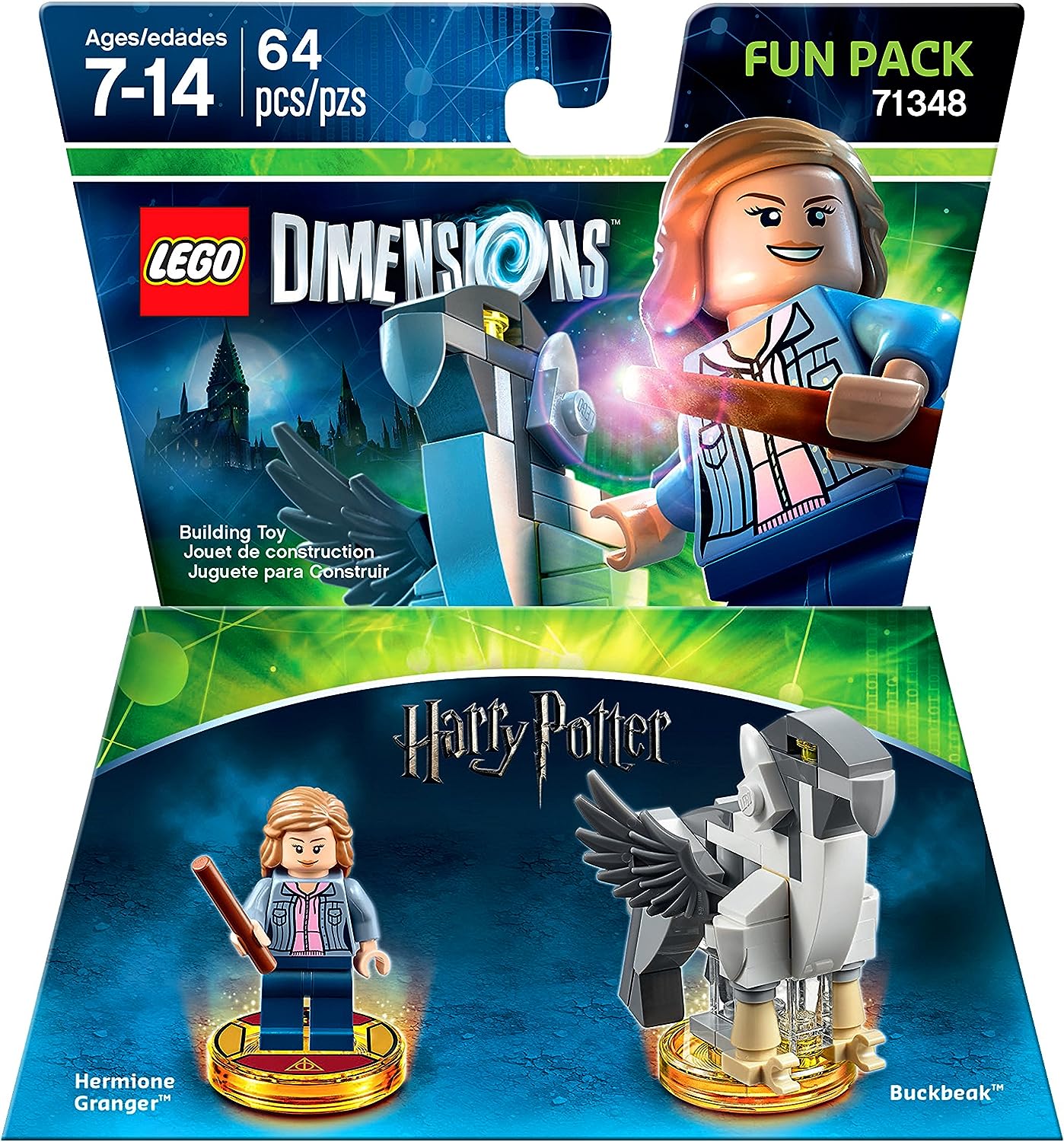 Continue your wizarding adventures in LEGO Dimensions with your very own Hermione Granger Fun Pack. Build and place Hermione on the LEGO Toy Pad to bring her to life in the game where she can cast Wingardium Leviosa to levitate objects and Lumos to light up dark places. Unlock the Adventure World to explore locations in Hogwarts, Hogsmeade and Diagon Alley, and the Battle Arena to play any of the 4 Battle Modes. Build Buckbeak and use his Stomp Attack to smash Silver LEGO bricks, then rebuild him into the Giant Owl and the Fierce Falcon for additional in-game abilities.