Earlier today, LEGO released a new trailer video featuring one of the Elves from the new LEGO Elves theme, Azari. The 45 second video give you a clip of the Fire Elf that will be released in the sets in March. It also looks like LEGO is planning on releasing more dedicated videos of Emily Jones, Aira, Farran, and Naida soon. Currently, their videos are redirected to the teaser site.

Also, a user on Eurobricks has spotted a LEGO Elves display at their Target store. It looks like LEGO is really pushing this new theme. Will you be picking up any of the sets when they come out? 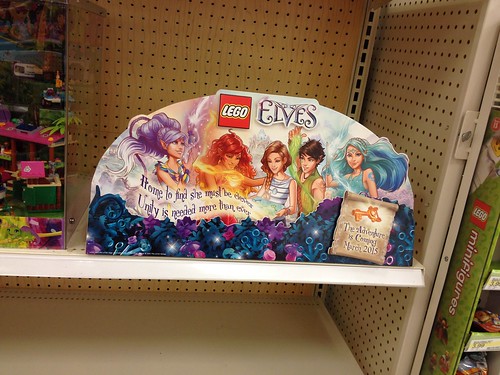