A few weeks ago, images of a new LEGO exclusive Birthday Table Decoration (40153) set surfaced and it is now available for purchase at LEGO Brand Stores and on [email protected]

. The set consists of 120 pieces and retails for $9.99. The contents of the box include 3 unnumbered bags, an instruction booklet, and a loose brown round plate. 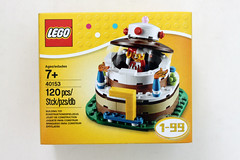 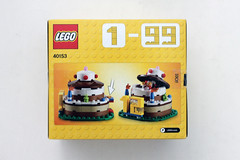 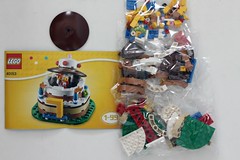 When images of the Birthday Table Decoration set came out, it showed that the set would include the Jester minifigure which was first released in 2010 with the Court Jester (7953) set. But as you see from the image below, you only get the torso and head piece for the Jester. You do not get the legs for him which is really disappointing. You would think that if you’re getting a minifigure, you would be getting a whole one and not half. For those who want legs for the Jester, you can get find them on BrickLink which I might have to do because I would have liked a complete one. 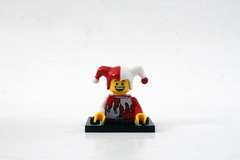 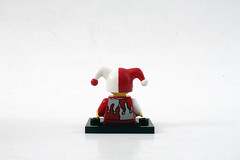 The build for the cake is pretty simple two-tiered one. It starts off on 4 rounded green plates and parts are layered on with the rounded 4×4 pieces to give the cake it’s shape. In the middle is a modified 2×2 plate with pin holes to pop the Jester up from the cake. The round plate cake topper is attached to a rubber TECHNIC axle connector and just sits on the top of the cake. Around the outside of the cake are some candles and decorations. 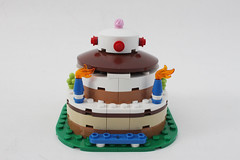 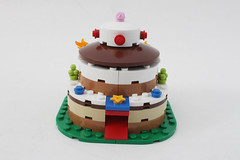 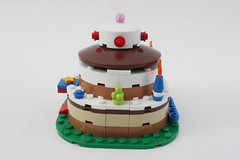 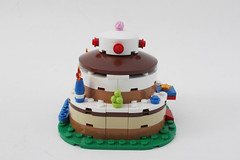 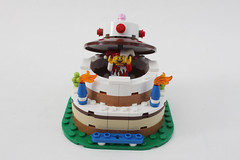 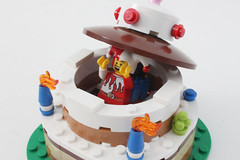 In front of the cake is a blue TECHNIC rotor which allows you to put the age on. LEGO does provide you with enough pieces to create ages up to 99. 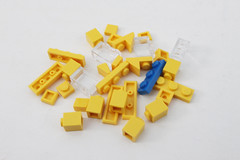 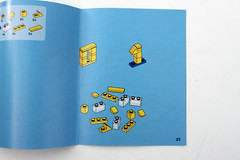 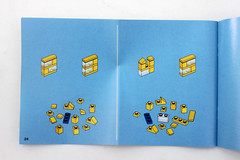 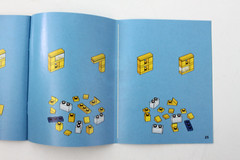 The LEGO Birthday Table Decoration (40153) set is a really cute set that is perfect for birthday celebrations. I do like the simplicity of how the minifigure pops up with a lever. The only thing that I didn’t like about the set, and it’s a major one, is that the Jester minifigure isn’t complete. Everyone loves the minifigures and to have one that is missing the legs is a bummer. It’s not a total loss since you can purchase it on the secondary market but I feel it should have been already included with this set.

As I mentioned earlier, the set can be purchased at LEGO Brand Stores, if you can find it, or on [email protected]

. I would like to thank a fellow reader and friend, John, for getting me this set. It was totally unexpected because I was about to purchase it online since my store didn’t have it but he surprised me with it. 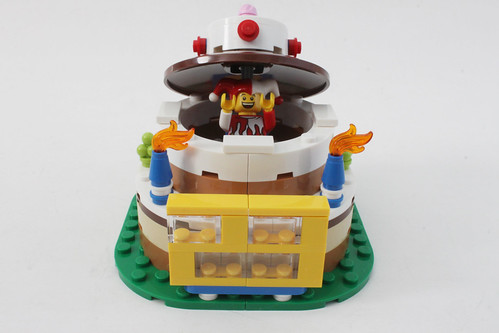