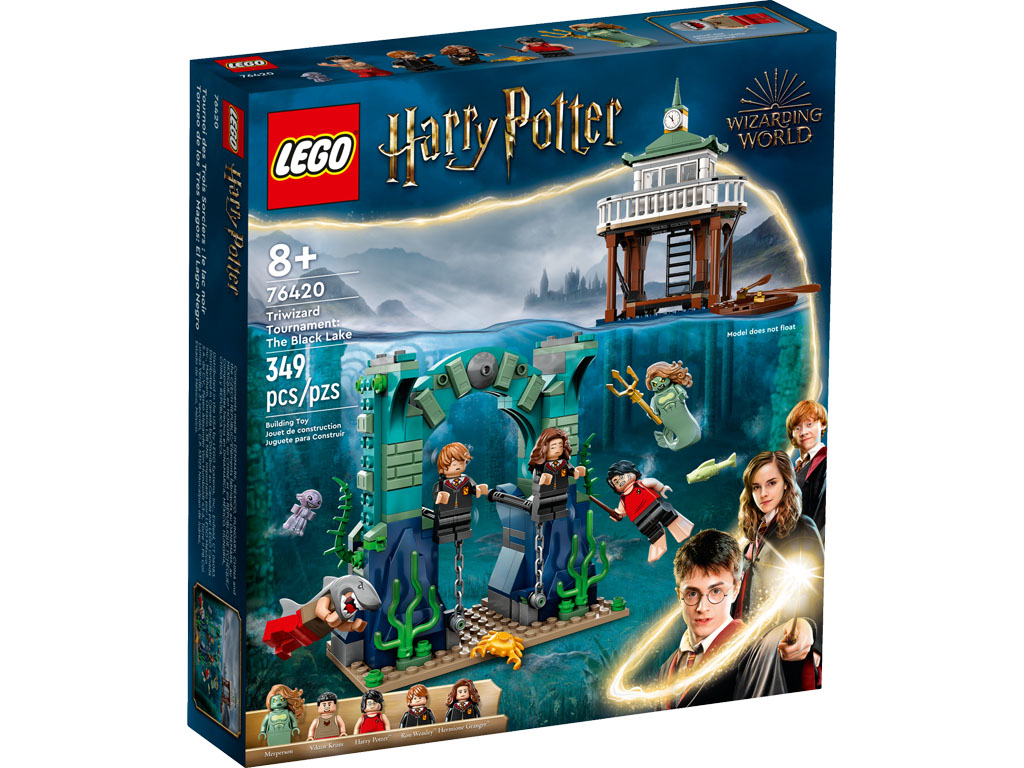 The LEGO Shop has revealed six new LEGO Harry Potter sets coming in March 2023. The sets feature some new banner sets that open up to reveal the rooms for the specific houses. There are also a few sets that that show particular scenes from the movies. 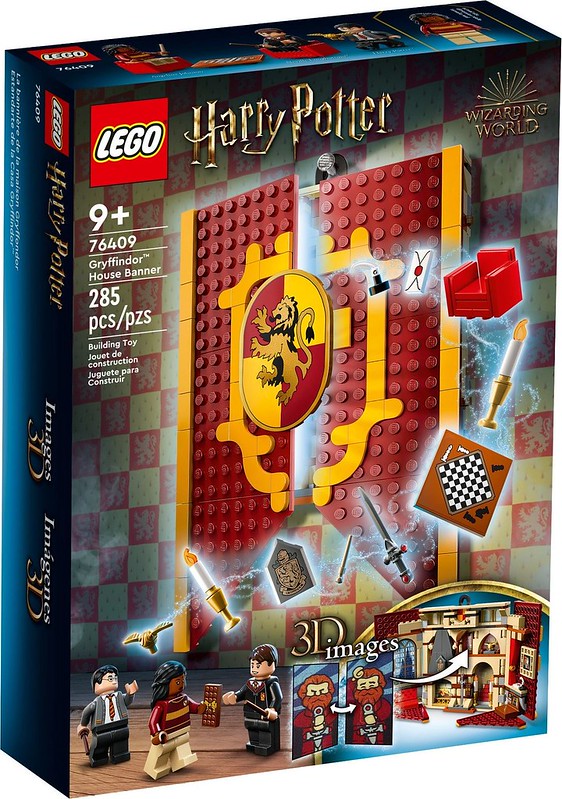 Harry Potter™ fans can show their Gryffindor™ house pride with this LEGO® brick-built house banner (76409). A super everyday gift for kids aged 9 and up, it features a printed tile with the Gryffindor house crest and a hanger to display it proudly on the wall. The banner also opens to reveal an enchanting recreation of the Gryffindor common room with authentic details including a fireplace, seats and a chess board. A slide-in lenticular backboard creates magical 3D effects, including an image of Sirius Black™ appearing in the fire and a trophy showing 1st or 4th place. 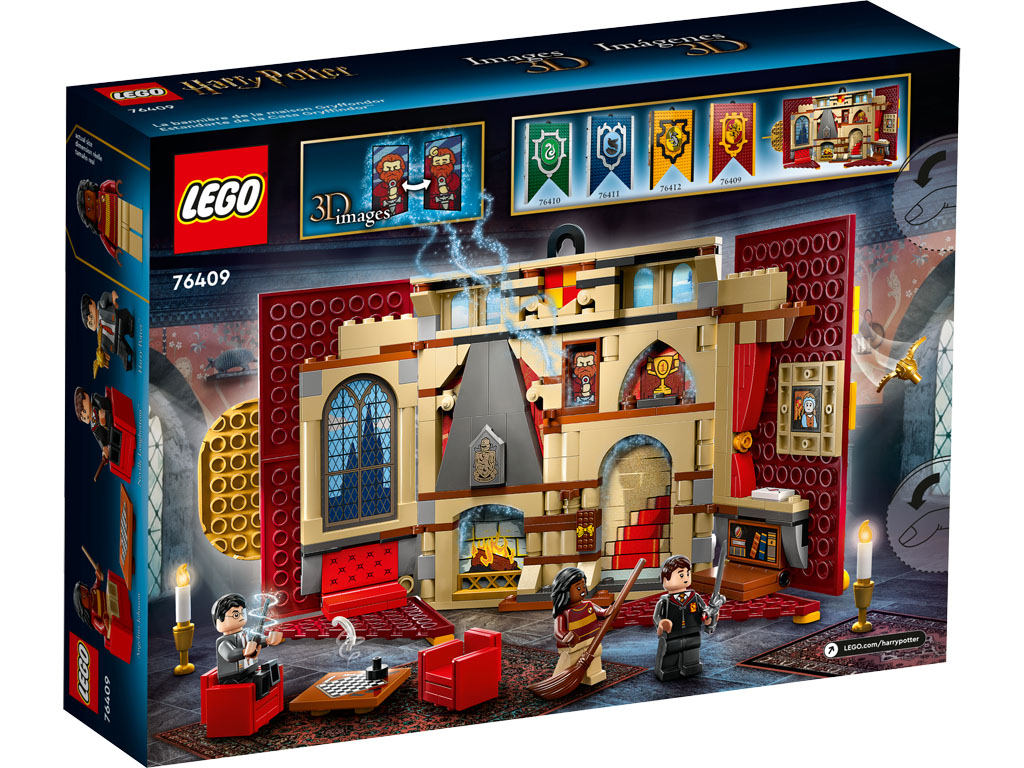 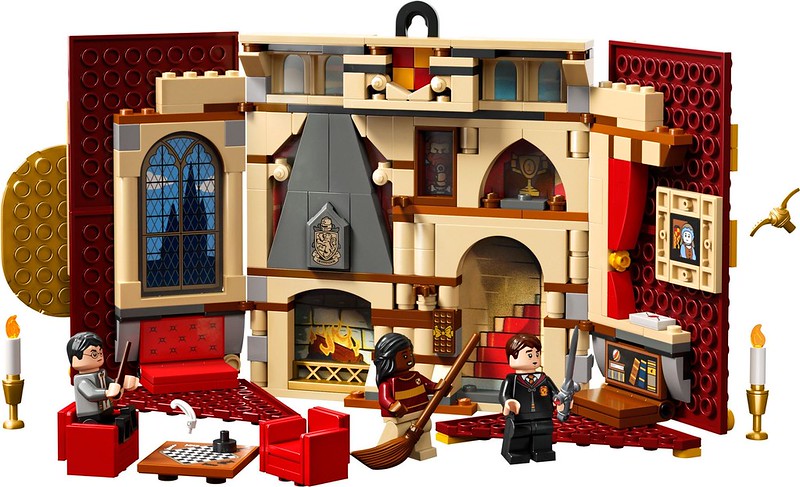 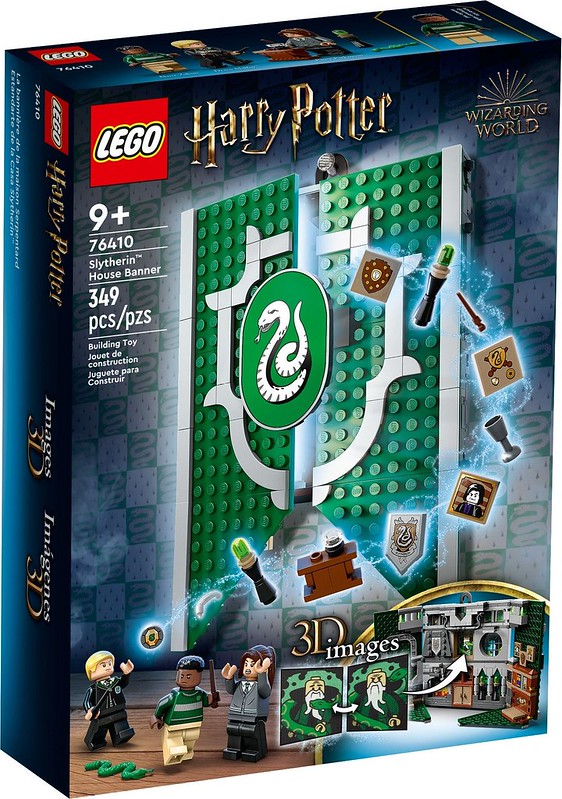 Harry Potter™ fans can demonstrate Slytherin™ house pride with this LEGO® brick-built house banner (76410). An ace everyday gift for kids aged 9 and up, it features a printed tile with the Slytherin crest and a hanger to display it on the wall. The banner also opens to reveal a spellbinding recreation of the Slytherin common room with a buildable sofa, lamps and steps. A slide-in lenticular backboard creates magical 3D effects, including moving monstrous eyes, a light turning on and off, a secret message appearing in the cupboard, and more. 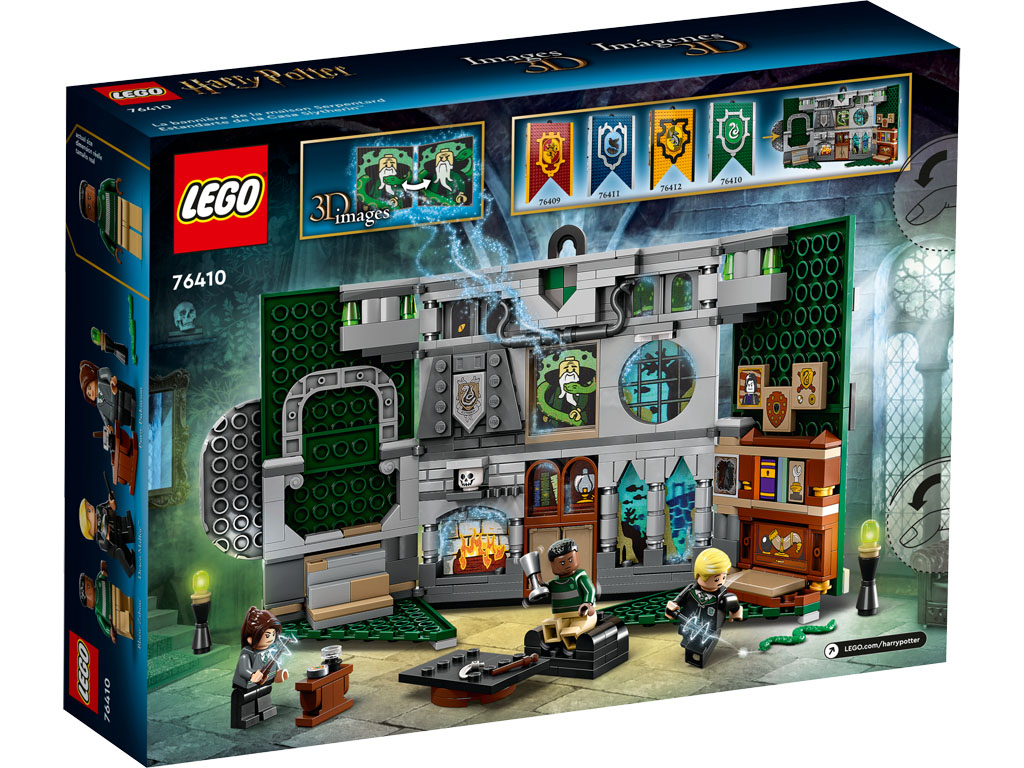 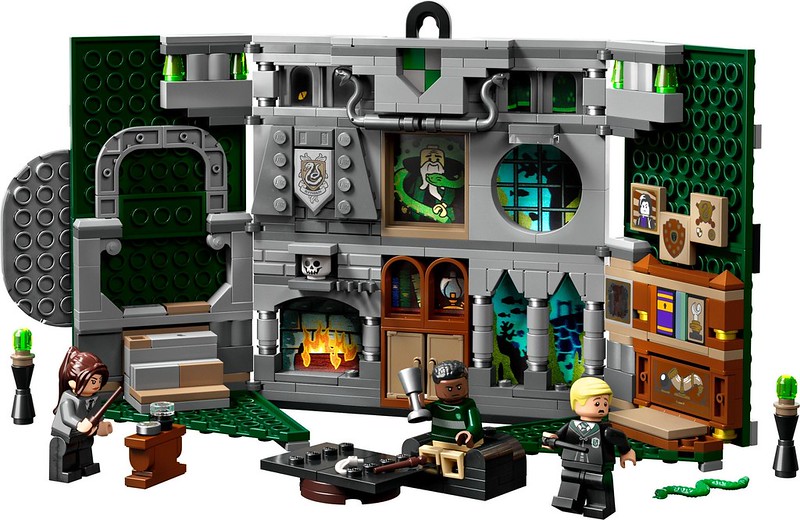 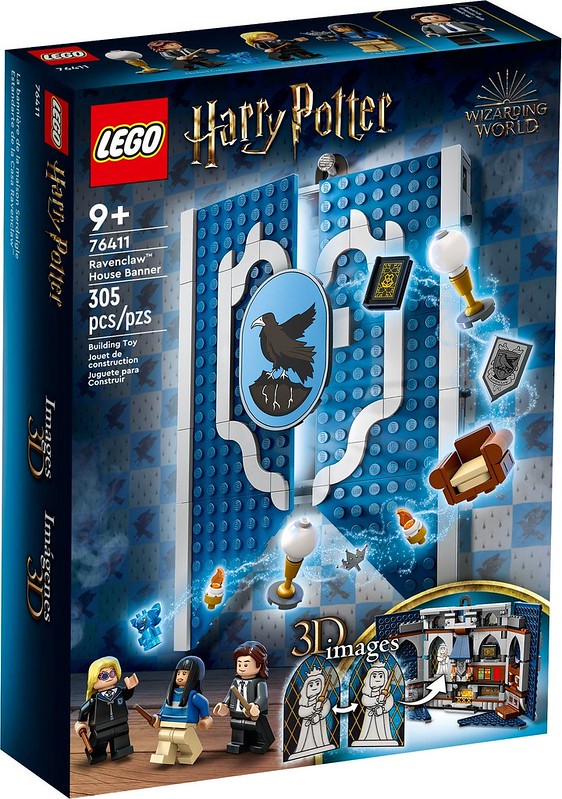 Fans can demonstrate their Ravenclaw™ house pride with this LEGO® Harry Potter™ house banner (76411). It features a printed tile with the Ravenclaw crest and a hanger to display it on the wall. The brick-built banner also opens to reveal a detailed recreation of the grand Ravenclaw common room with a table, book, 2 seats and 2 lamps, plus Ravenclaw’s Diadem. A slide-in lenticular backboard creates magical 3D effects, such as the illusion of depth through the windows and flickering flames in thefireplace. Bring the scene to life with Cho Chang™, Luna Lovegood™ and Michael Corner minifigures, plus a Cornish Pixie element. 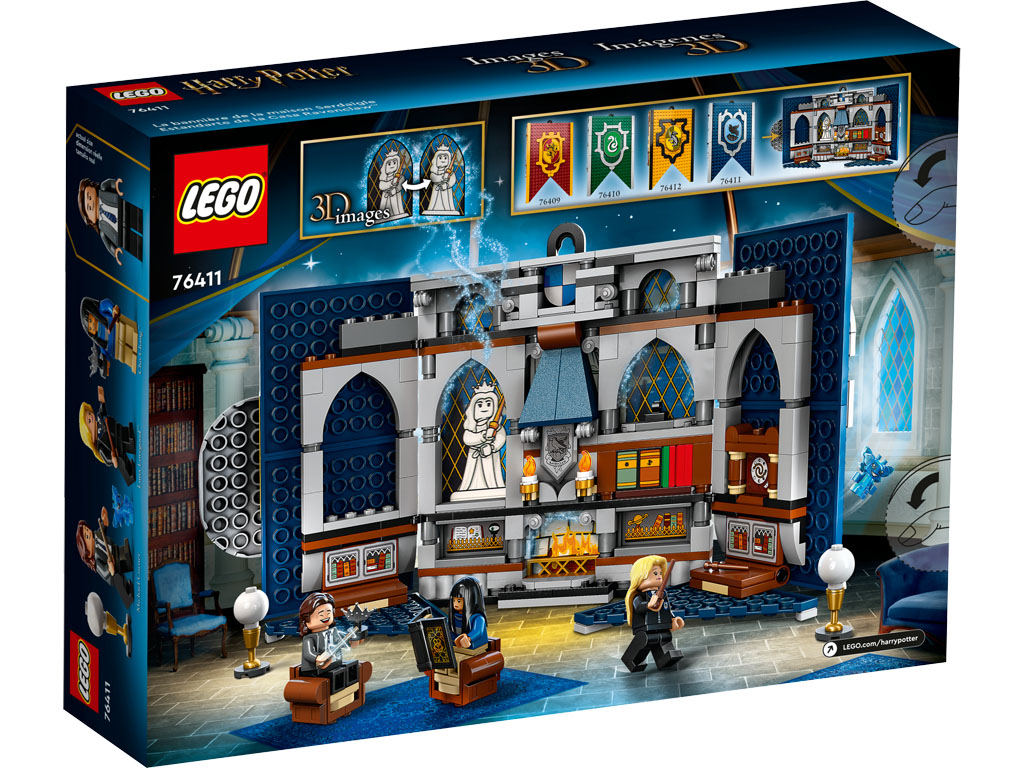 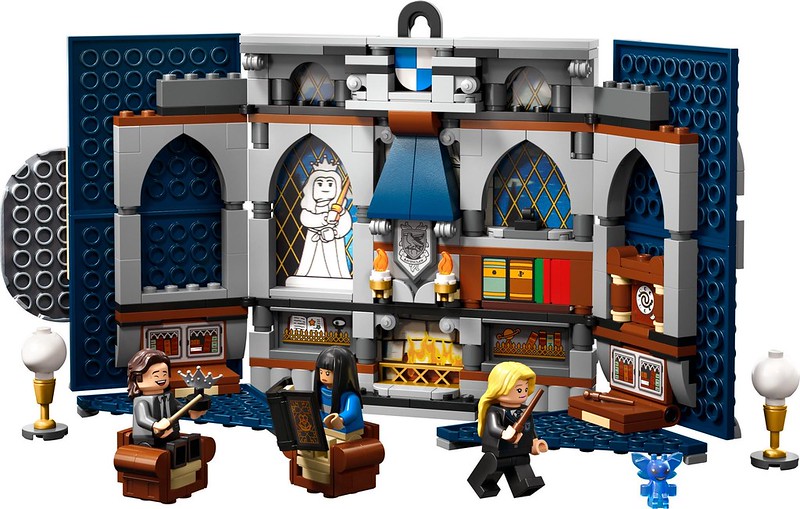 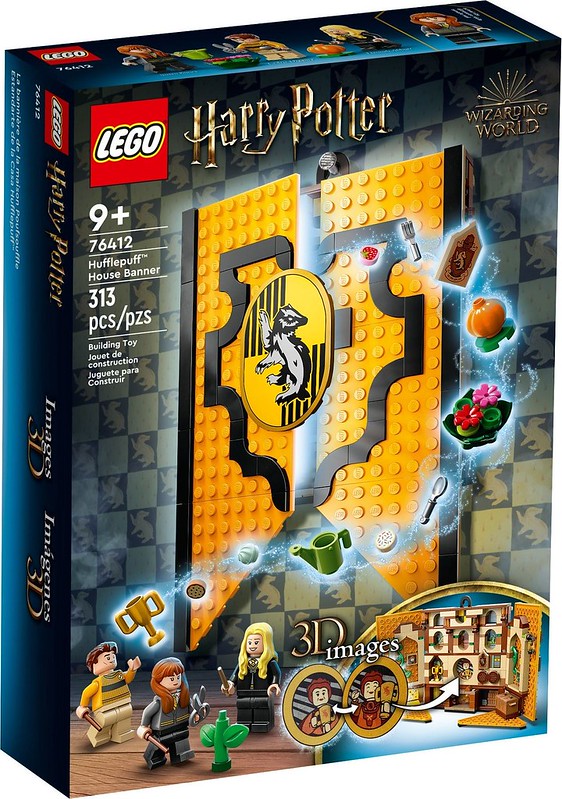 Kids can show their true colors with this LEGO® Harry Potter™ Hufflepuff™ House banner (76412). It features a printed tile with the Hufflepuff crest and a hanger to display it on the wall. The brick-built banner opens to reveal a detailed recreation of the plant-filled Hufflepuff common room with Hufflepuff’s Cup, a pumpkin, a buildable chest and a table topped with assorted food elements. A slide-in lenticular backboard creates magical 3D effects such as a Mandrake popping up and down behind the curtain and a Niffler stealing coins from behind a barrel. The set also includes Cedric Diggory, Susan Bones and Hannah Abbott minifigures with accessories. 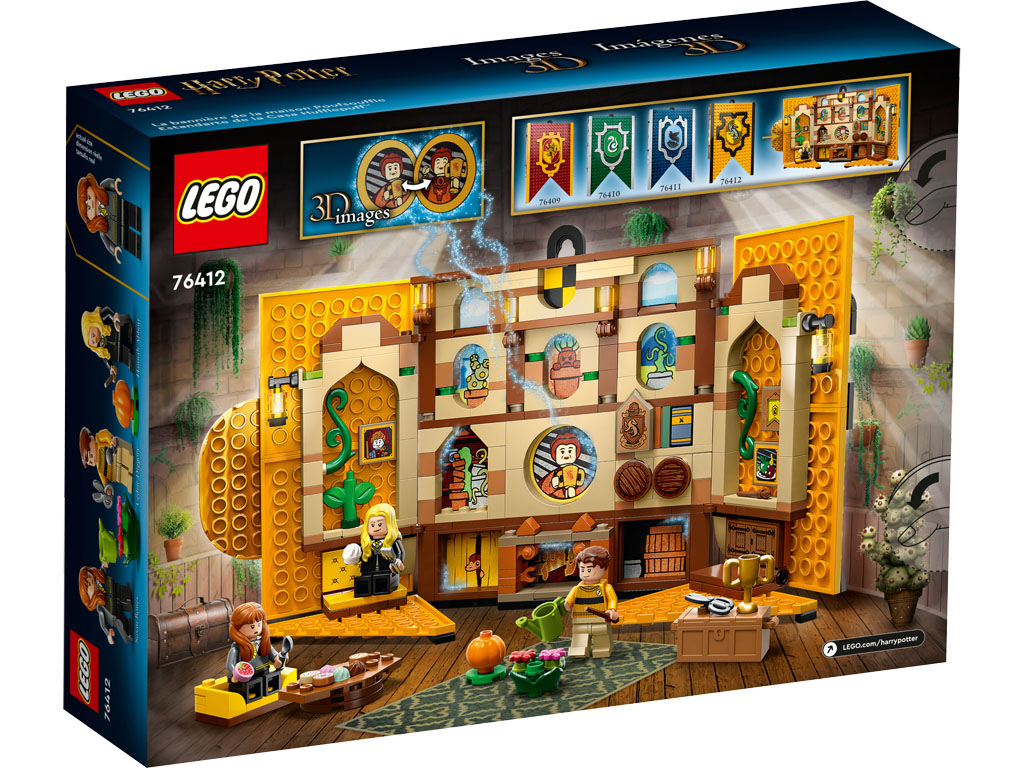 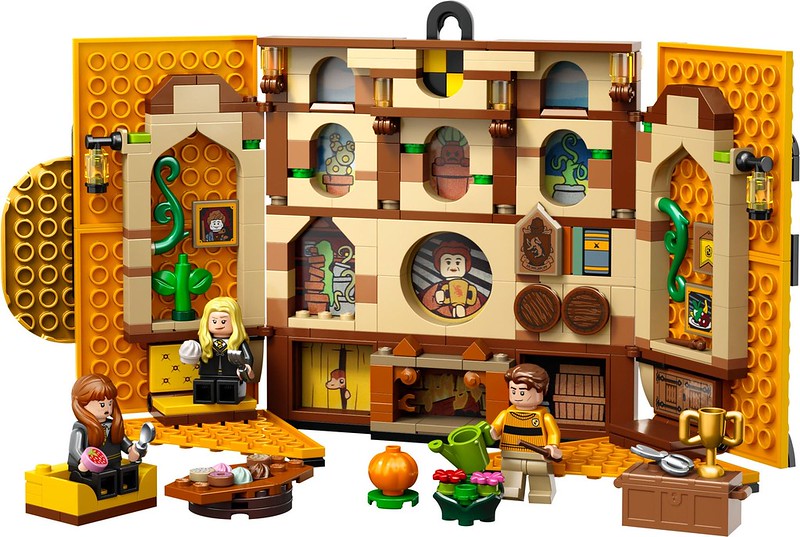 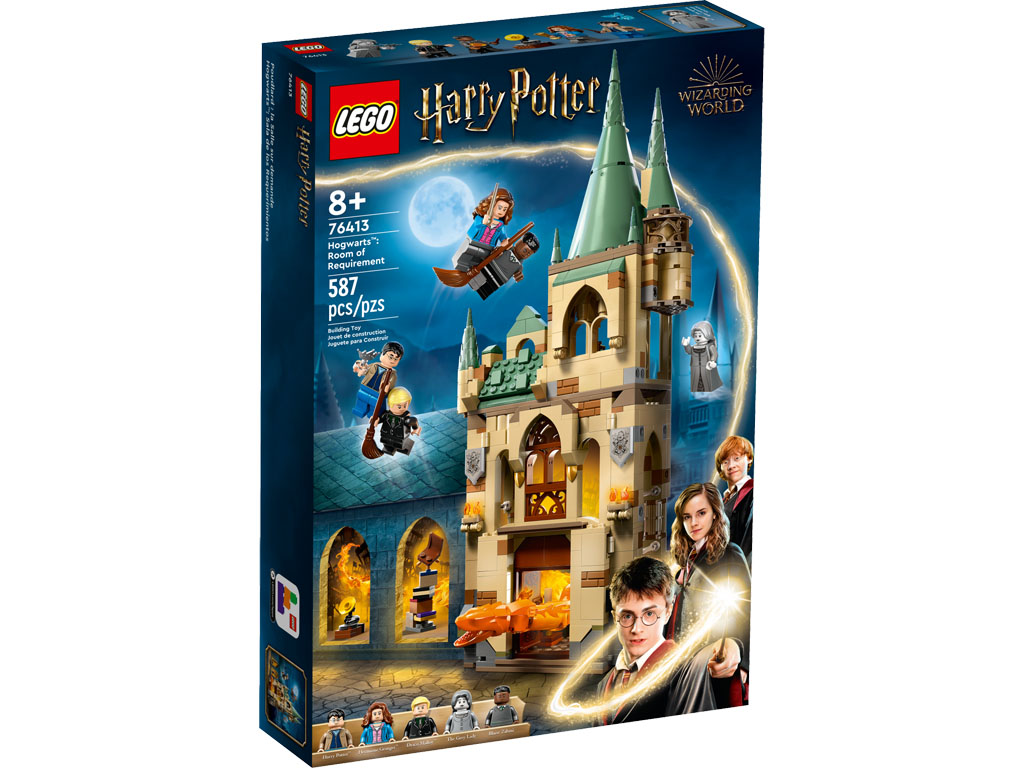 Recreate a magical room that can only be discovered by someone in need with the LEGO® Harry Potter™ Hogwarts™: Room of Requirement playset (76413) for ages 8 and up. It features a brick-built section of Hogwarts castle that opens up for easy play. The Room of Requirement is packed with stacks of items, including a buildable record player and a diadem element, and there is detachable upper-level room for The Grey Lady. 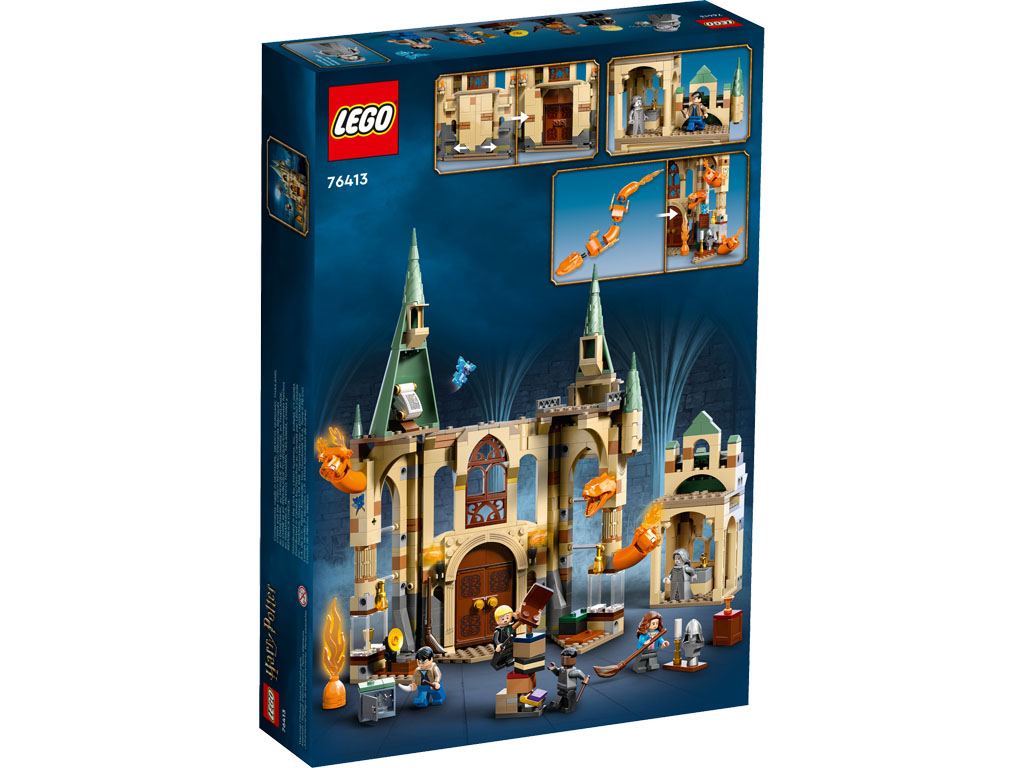 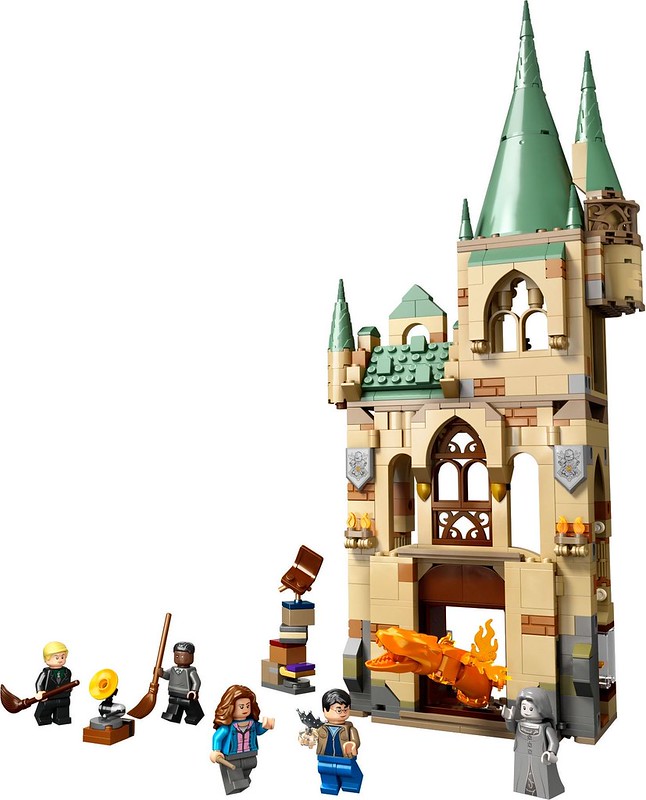 Kids can stage a spellbinding contest with the LEGO® Harry Potter™ Triwizard Tournament™: The Black Lake (76420) playset. A top gift idea for kids aged 8 and up, it features a buildable underwater scene with an arch ruin, 2 caves and flexible LEGO elements to create the effect of 2 minifigures floating. There is also a pier model, with a minifigure-diving function, which can be placed on top of the underwater scene. 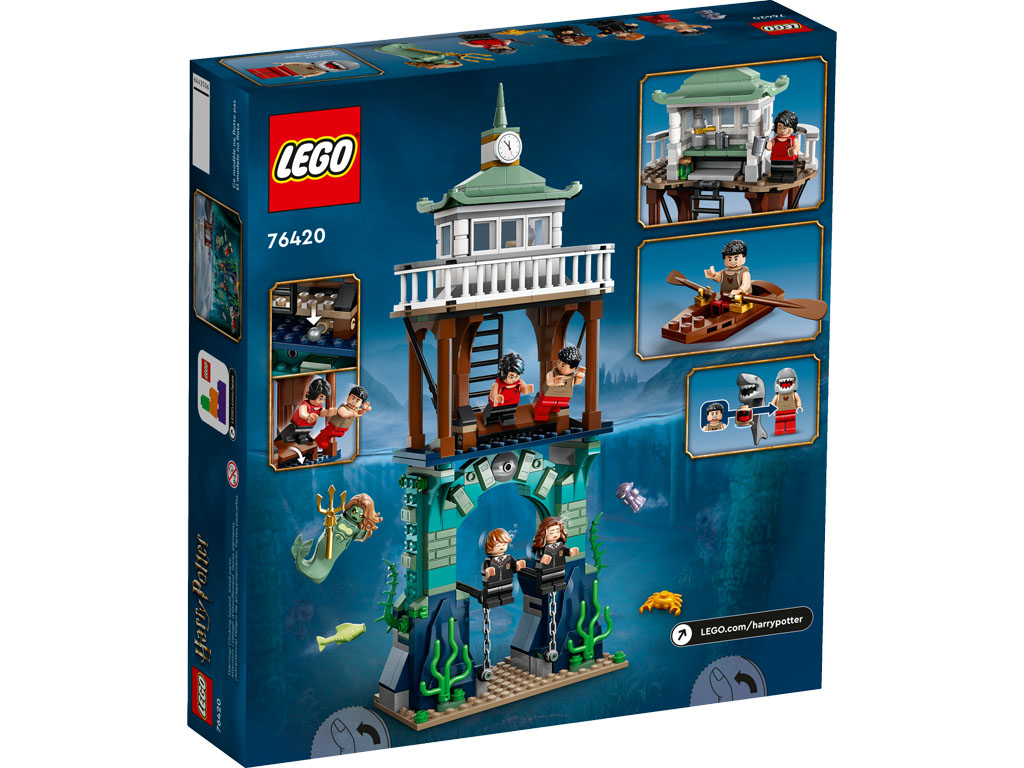 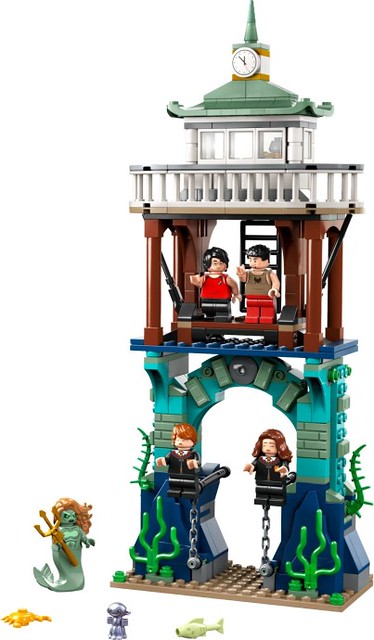