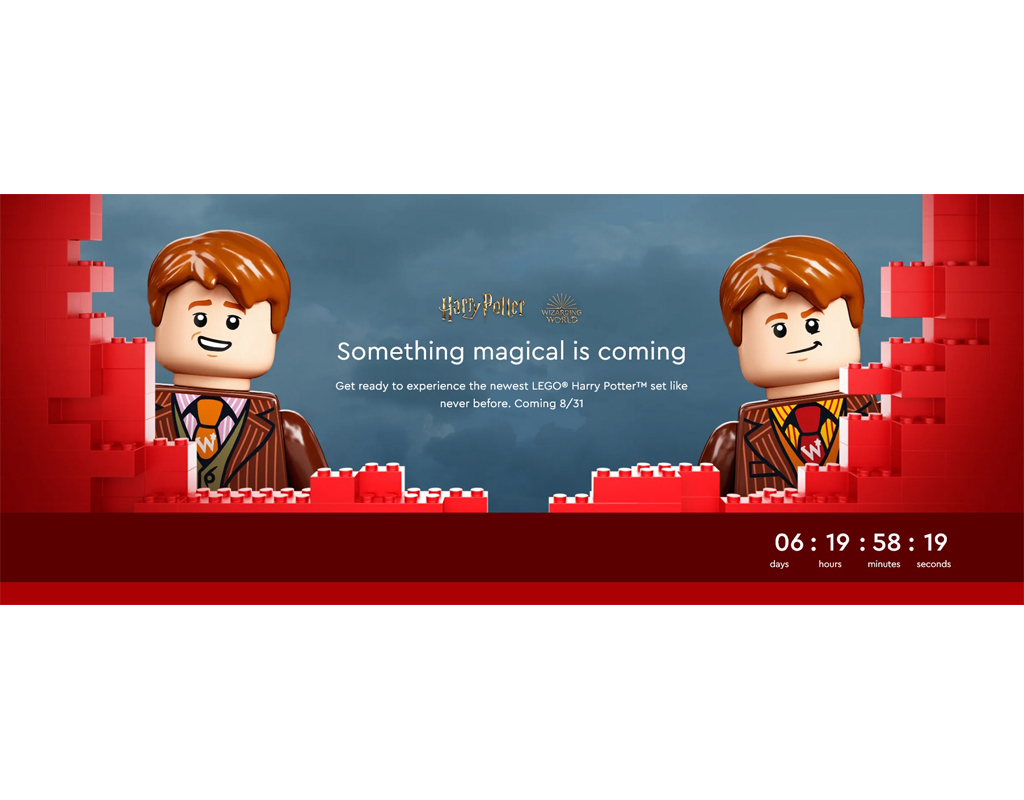 LEGO has sent out emails for a countdown to reveal the LEGO Harry Potter Diagon Alley (75978) set. The set will be announced next Monday at 3am PST. There are some other stuff on the countdown page including a brick-built QR code which takes you to https://ttbda.com/ but redirects you back to the same countdown page. There’s also a short video of James and Oliver Phelps, aka George and Fred Weasley, builing the QR code in Gryffindor and Slythern colors.