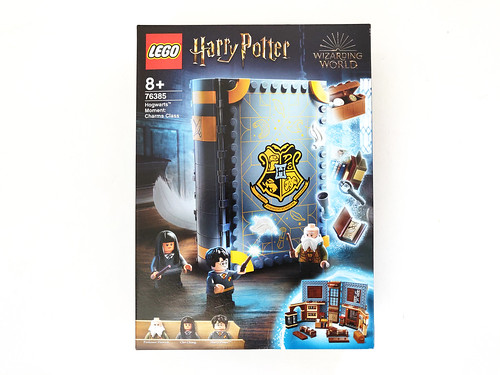 The last set from the new LEGO Harry Potter Hogwarts Moments sets that I’ll be checking out is the Charms Class (76385). It comes in at 256 pieces and will retail for $29.99 like with the other ones. 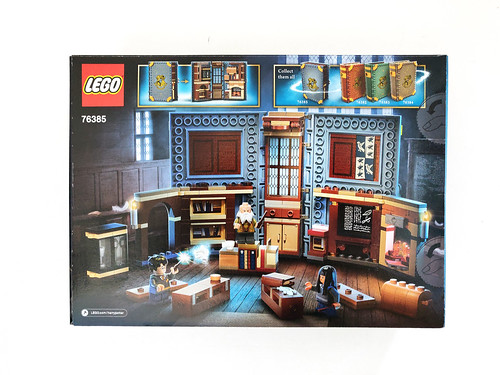 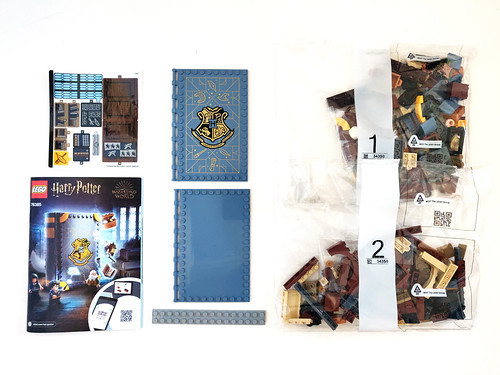 The set contains three minifigures, Professor Flitwick, Harry Potter, and Cho Chang. This version of Flitwick is from the first two movies in series where he has the older appearance. He has on an olive-green robe with nicely designed vest that has some metallic on it. His beard is very large white beard that I believe is new as the part number (6331582) does not come up yet. He has a brown wand as an accessory. 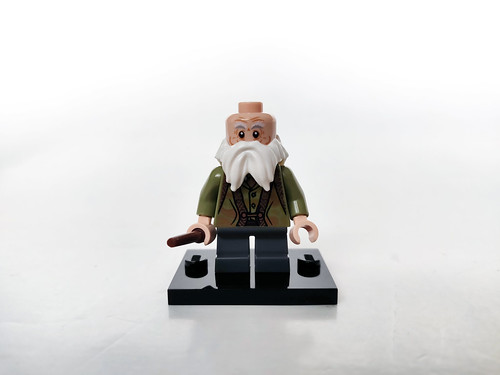 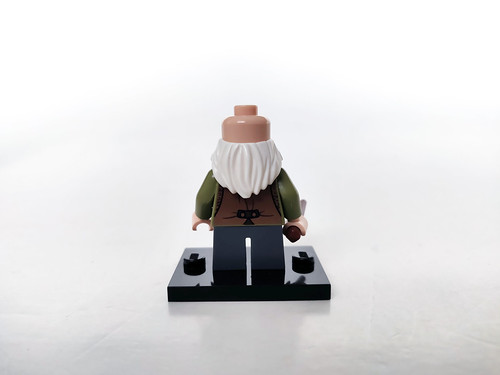 Harry Potter wears the new gray sweaters with the Hogwarts house crests. His double-sided head shows him with a smile on one side and a scared expression on the other. His accessory is a dark brown wand. 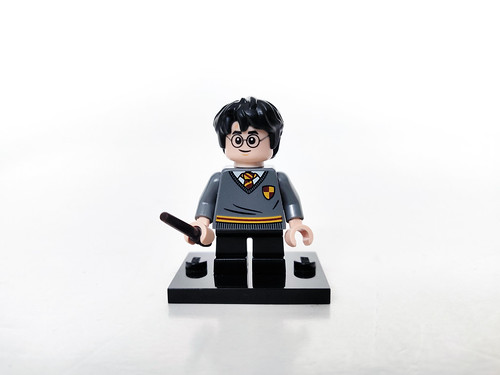 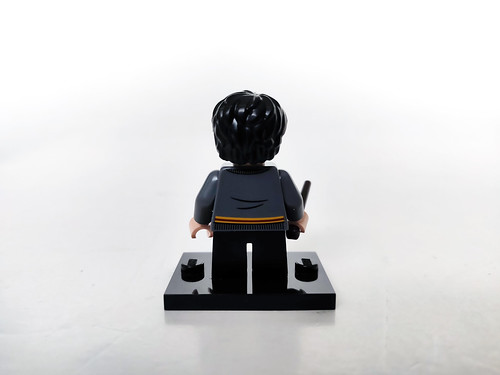 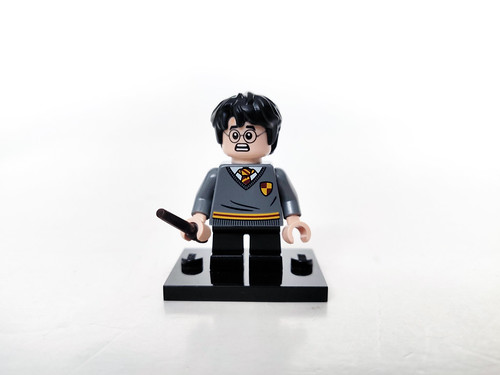 Lastly, Cho has the same sweater as Harry but with the Ravenclaw colors. She has a double-sided head showing a smile on one side and a sad look on the other. Her hairpiece is the rubbery kind which makes it hard to remove as it gets stuck to the head. 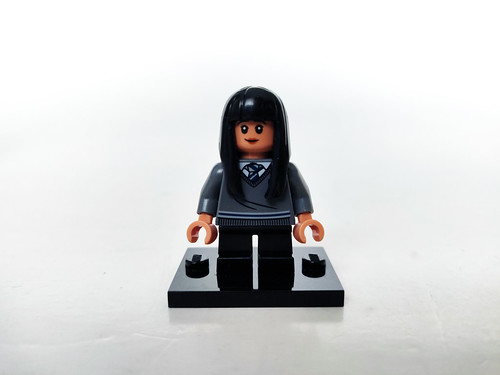 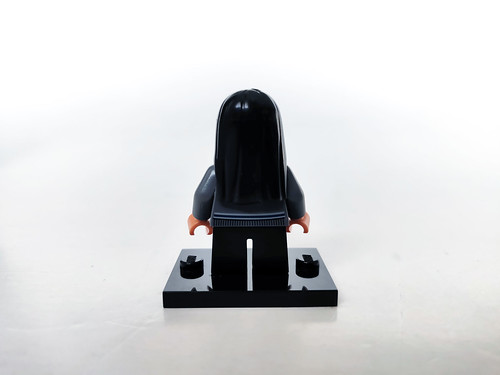 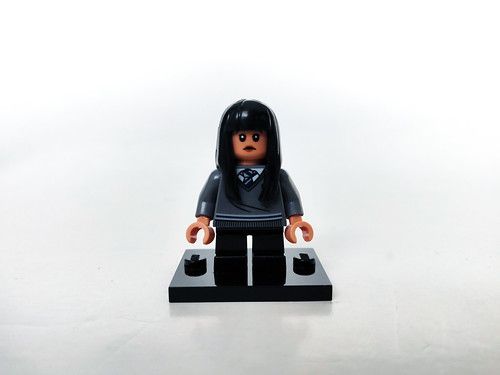 The first part of the build is all of the removable furniture that is in the set which includes some desks, benches, a lectern, a cabinet with a goblet and key, and a chest filled with feathers. 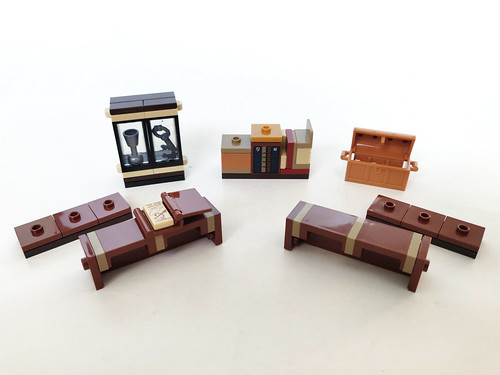 The book covers are in a sand-blue color which I really like but unfortunately, the front cover has the same old Hogwarts crest printing that we’ve seen in the other sets. The spine has a sticker for the Charms class. 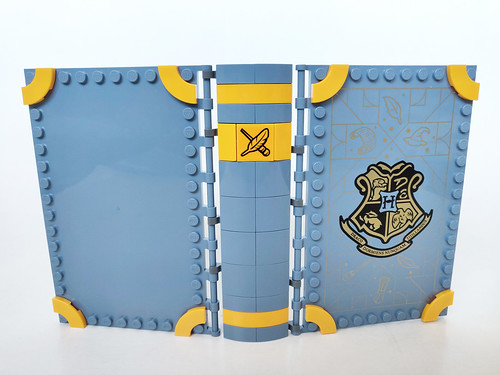 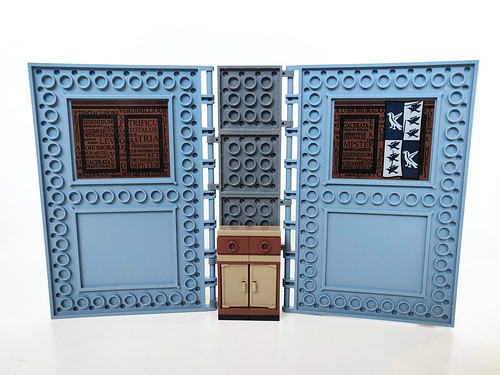 For some of the things that are attached to the covers, we have a bookshelf on the left side. Again, we have stickers that are on the inside of the panels which makes it a bit harder to apply them straight. The right side has a blackboard which shows the Wingardium Leviosa levitation charm. There’s also a fireplace at the end. On the spine, there’s a stained glass window which is a sticker and a small cabinet below it. 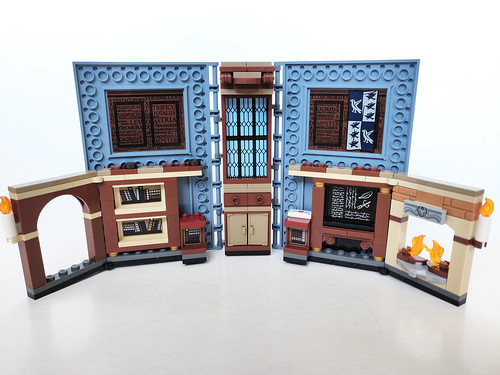 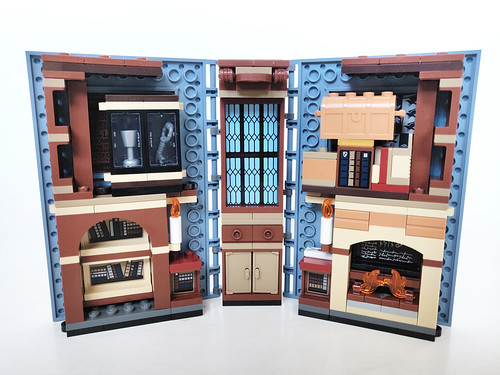 Overall, the LEGO Harry Potter Hogwarts Moments: Charms Class (76385) is probably my least favorite out of the four that will be released in January. Although it matches the Transfiguration Class in terms of removable furniture with seven, they aren’t as interesting. The desks and benches are somewhat lazy as there’s a pair for each. Also the inclusion of the Cho Chang minifigure in the set is questionable. She wasn’t even in the first movie in which this set was based on. I have a feeling she is only in it because she’s in the Ravenclaw class, the same reason why Cedric is in the Herbology Class. I do like the storage cabinet and the design of the bookcase and blackboard. 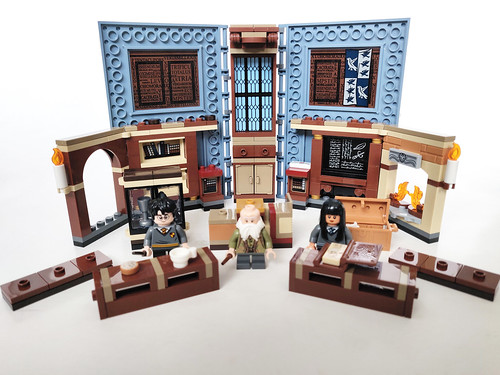