The game of choice in the Harry Potter universe is Quidditch. The first time we see a Quidditch game is in The Chamber of Secrets where Gryffindor plays Slytherin. In October 2010, LEGO released the Quidditch Match (4737) to recreate the scene. This set contains 153 pieces and retails for $19.99 which comes out to $0.13/piece. 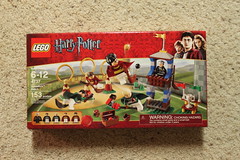 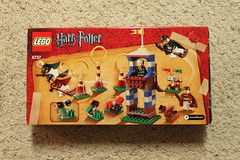 There are five minifigures included in the set: Harry Potter, Oliver Wood, Draco Malfoy, Marcus Flint, and Madam Hooch. Harry and Oliver are in their Gryffindor uniforms. The main colors are dark red and gold. Their capes have the dark red as well. The hands are colored brown to resemble them wearing gloves. Draco and Marcus are dressed in their Slytherin uniforms consisting of dark green and silver. Their capes also have the dark green color. The hands are the same brown as Harry and Oliver’s. Madam Hooch is dressed in her referee uniform. It is mostly black with some gray. She also has a double-sided head with one normal side and the other with goggles on. 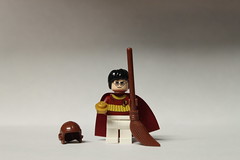 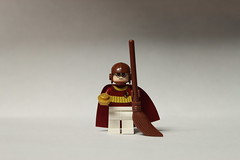 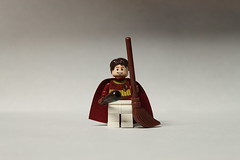 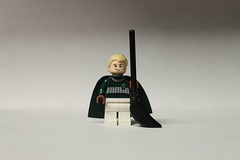 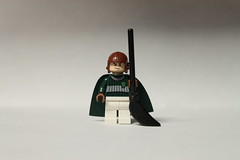 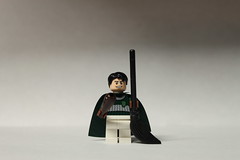 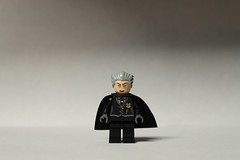 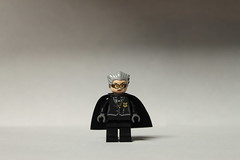 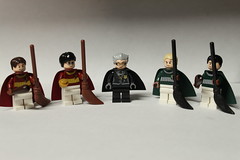 The Quidditch pitch is an extremely easy build. There are three goal hoops (one tall and two shorter) that are built with a flexible plastic. Madam Hooch stands in the Ravenclaw spectator tower in which LEGO called the Hufflepuff tower by mistake in the description. There is also a stand that holds the Quidditch Cup with Gryffindor and Slytherin colored flags. Accessories included in the set are two red Quaffles, three black Bludgers, a Golden Snitch, two beaters, five brooms, two helmets, and a chest to hold a combination of three Quaffles and Bludgers.There are also two catapults that are able to launch the Quaffle or Bludgers. 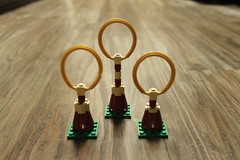 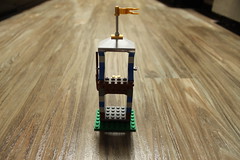 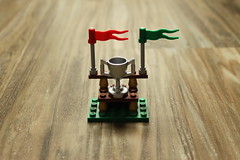 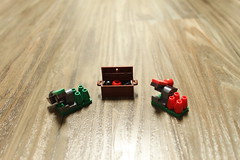 The Quidditch Match set is a pretty fine set. Although it is small, the set has some good playability with it as well as some exclusive minifigures. One knock I can give it is that there are only two helmets but four Quidditch players which doesn’t really make sense. I guess two players don’t really care about their safety. Other than that, there’s no other complaints. For the $20 price, I would recommend adding it to your ever-growing Harry Potter collection because it is able to expand the Hogwarts grounds. 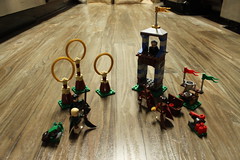