The summer 2019 wave of LEGO Harry Potter sets won’t be released until August 1 on [email protected] but it looks like Barnes & Noble will be releasing the sets earlier than that. According to their blog post, Barnes & Noble will have a one month early exclusivity on the sets from July 1-31. There are seven sets coming out as well as the Advent Calendar but it looks like B&N will only have four sets available for early release.

Update: It looks like they will be available on [email protected] on July 1 as well. I guess LEGO changed it from August. Thanks to Marc for the heads up. 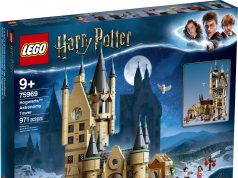