In October 2010, LEGO released The Burrow (4840) for the Harry Potter theme to tie into the sixth book and movie, Harry Potter and the Half-Blood Prince. The set contains 568 pieces and retailed for $59.99, about $0.11/piece. It has since been retired by LEGO and the lowest you can find it new is around $150. The box contains two instruction booklets and a sticker sheet. 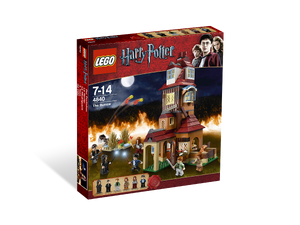 There are six minifigures in The Burrow set: Harry Potter, Ginny Weasley, Arthur Weasley, Molly Weasley, Bellatrix Lestrange, and Fenrir Greyback. Arthur, Molly, Bellatrix, and the casual clothes variant of Ginny are exclusive to this set. 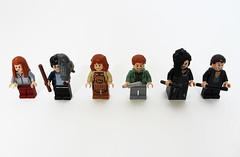 Harry Potter wears a light blue shirt with a darker blue jacket and black pants. He has a double sided head with happy and serious expressions. This is the same Harry minifigure in the Diagon Alley (10217) set. It is also in the Hogwarts Express (4841) except that one has grey legs. His accessory is his brown wand. 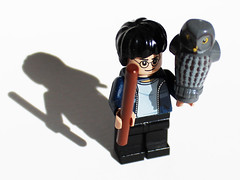 Ginny Weasley makes her return since 2002 and she gets upgraded a lot. She now wears a casual outfit instead of the school clothes which includes a grey zip-up sweater and red jeans. She does have a double-sided head as well with a half smile on one side and an angry expression on the other. Ginny has a tan wand as her accessory. 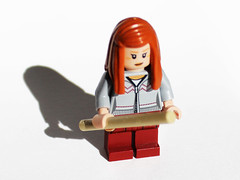 Next up is Arthur Weasley. He wears a plaid shirt with a green jacket on top and grey pants. He only has a single-sided head with a happy expression and has ginger-colored hair. Arthur’s wand is also grey. 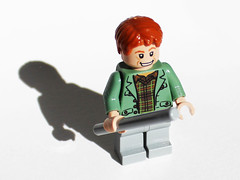 The final Weasley in the set is Molly. She wears a brown apron that wraps around the back of her torso. Molly also has a single-sided head with a smile and like, Ginny and Arthur, she has ginger-colored hair. She has no accessories. 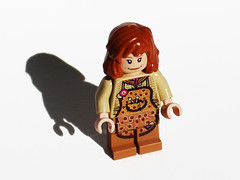 Fenrir Greyback is dressed in mostly black except for his inside shirt which is grey. He shows a lot of his werewolf features including the hairs on his chest and face. Fenrir does have a double-sided head with a serious look on one side and a sinister smile on the other. 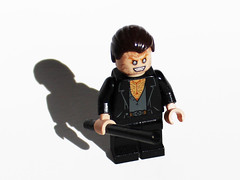 The final minifigure in the Burrow set is Bellatrix Lestrange. She wears a black dress that is very detailed. The black hairpiece she has is exclusive to the minifig. Bellatrix does have a double-sided head with one side being an evil smile while the other is a scared expression. 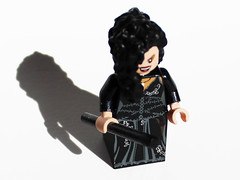 There are three parts to the build: the swamp marshland, the Floo Network, and the Burrow itself. The swamp is a simple build with some bushes and and flames. There is also a small catapult with bombs to launch at the Burrow. 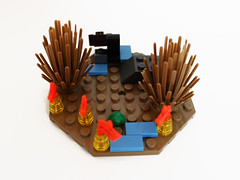 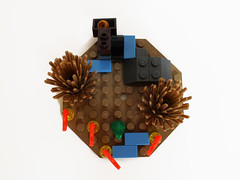 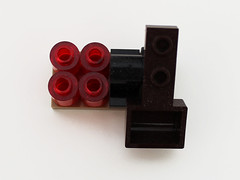 The Floo Network is a grey fireplace that creates an illusion that a minifigure has teleported. A minifig stands in the fireplace and you turn the handle to have them flip over which in turns show some green flames of the powder. When it returns to normal, the minifigure is gone. The downside of the fireplace is it does not fit inside the Burrow. 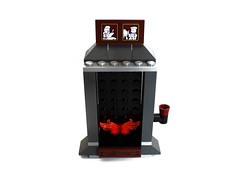 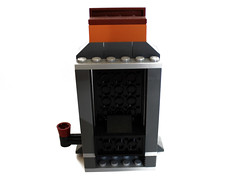 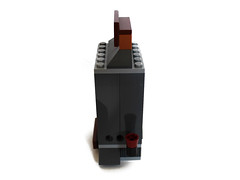 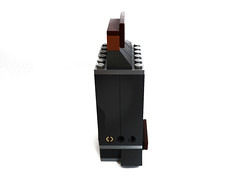 Finally, to the star of the show. When you first see the Burrow, you can see that it’s very colorful and whimsical. The three story building is asymmetrical much like the one described in the books and in the movie. On the outside, you can see that wood has lot of mismatched colors and stickered wood pieces. That along with the red roof pieces and blue windows gives the house a lot of character. To the right of the Burrow is a small pig pen enough for one pig. 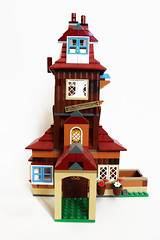 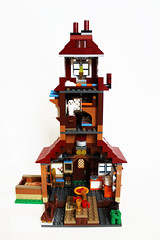 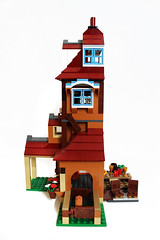 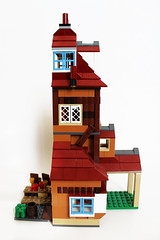 When you get to the back, you can see the open side of the Burrow. The bottom floor shows the kitchen area with the dining table. There’s also some small details including the grandfather clock and the stove/kitchen sink area. 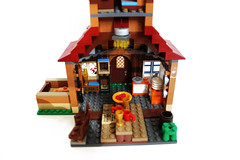 On the 2nd floor, you have Ron’s bedroom with bunk beds and a storage chest. There is a poster of The Chudley Cannons Quiddich team on the top of the wall. Hedwig also sits on top of the chest. 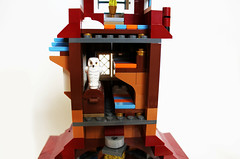 The top floor is Ginny’s room. There is a single bed with a lamp. There’s also a poster of the Gryffindor Quidditch team as well as a copy of The Quibbler. 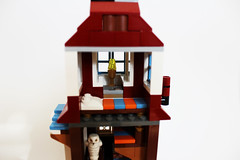 Overall, I really like the design of the Weasley house. The way it was put together was definitely a thumbs up and a great representation of the Burrow in the movies. The marshland adds more detail to the overall completeness of the set. The Floo fireplace is also a good addition although I wished it would’ve fit in the house but who said you can’t have an outdoor fireplace. The only thing bad about the Burrow set is that it has been discontinued by LEGO and you only find it on the secondary market such as . 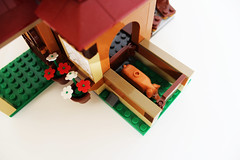 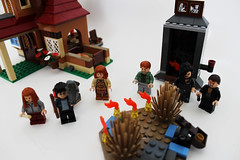 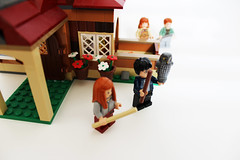 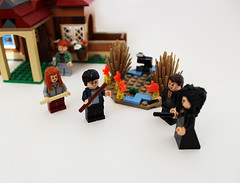 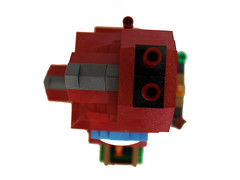 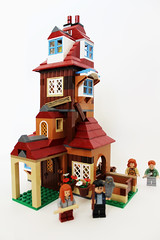 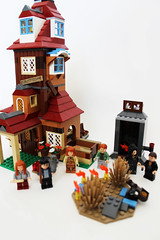 **Set and images courtesy of Erica**