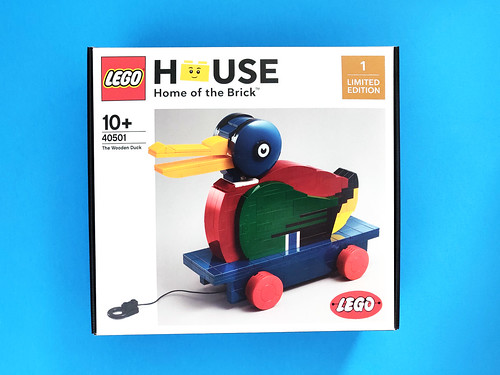 A few days ago, LEGO announced their next LEGO House exclusive set with The Wooden Duck (40501) and we were sent a copy for review. The set has 621 pieces but there’s no word on the pricing for it. The packing slip did say the declared value was 599DKK so that is equivalent to about $90 USD.

The box is the opening flap kind so it doesn’t have to be broken down. The front of it says 1 – Limited Edition which most likely signifies that it is the first set in the new exclusive range of products that celebrates key moments in LEGO history. 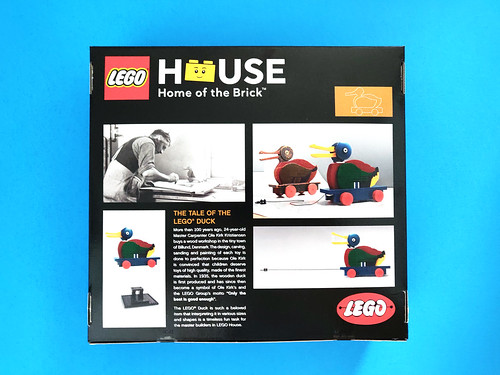 The contents of the box include six numbered bags, one unnumbered bag of parts, and the instructions. 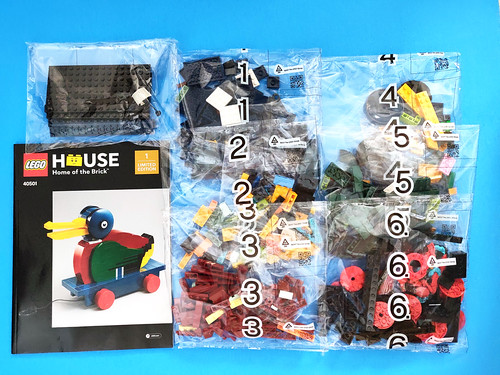 The first bag is used to build the dark blue base. Underneath the base, there is a mechanism that is used later on to move the duck’s beak up and down. 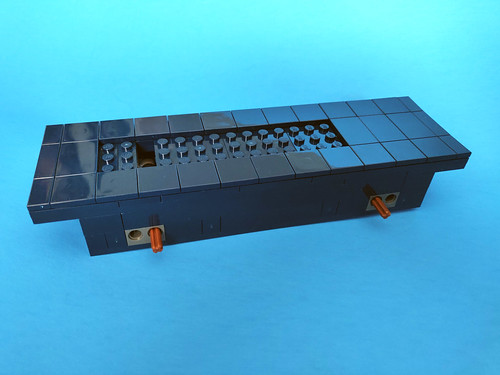 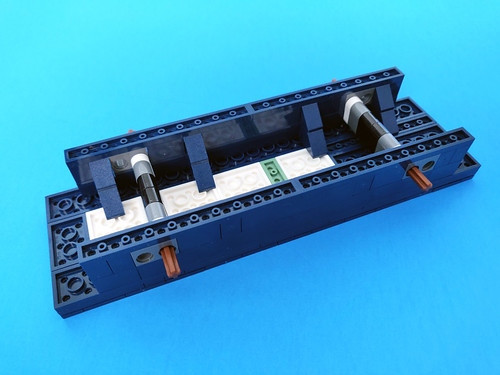 The second bag is the most colorful one which is used to build the frame of the duck. There is a variety of colors used including azure, lime green, orange, yellow, aqua, and even one coral piece. The only bad thing is that you mostly won’t see most of these colors in the finished build. 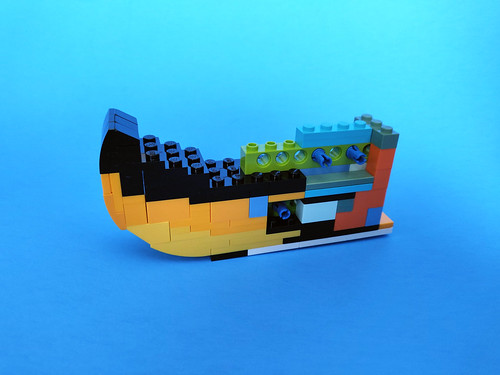 The next bag primarily consists of dark red parts of the back and chest of the duck. There’s nothing too special here but there is a hole on the top for the play function. 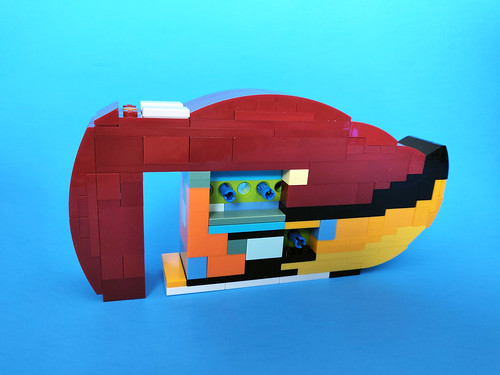 Speaking of the function, bag four has a Technic beam that goes into the hole right where the neck is located and another beam that goes from the bottom up that hits up when the wheels are turning. Lastly, there are some parts to complete the head which includes some printed eyes that are currently exclusive for this set. 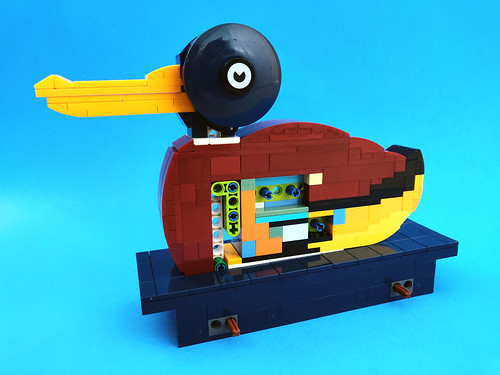 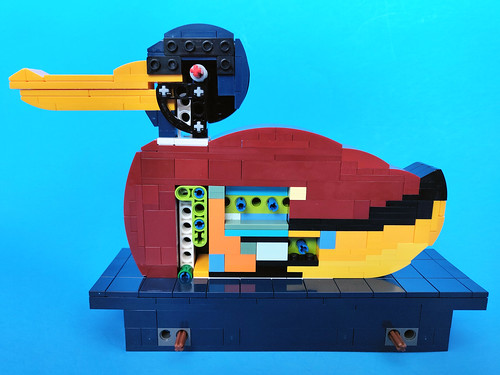 For bag five, we have parts for the two wings. They connect to the frame using the Technic pins. There’s nothing much to it.

The last bag has parts for the wheels as well as the pull string to attach to the front of the base. When you pull it, the duck’s mouth opens and closes with each rotation of the wheels.

To finish off the Wooden Duck, there’s also a display stand that is included and it features two printed tiles to label “The wooden duck” and “LEGO House”. 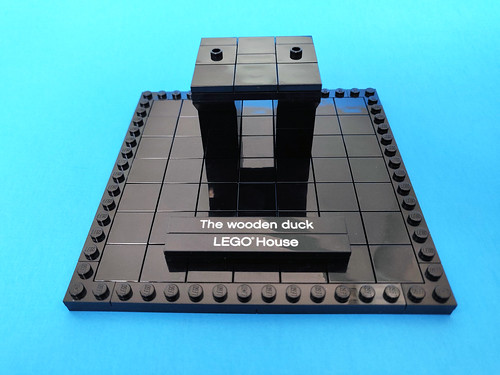 Overall, the Wooden Duck is a fairly big build. If you’re looking at it from afar, you probably wouldn’t think it is made out of LEGO. If you’re a fan of LEGO history, this is a great set to pick up because it would make a nice display piece and if LEGO is indeed making a whole line dedicated to LEGO history, it is a good start. 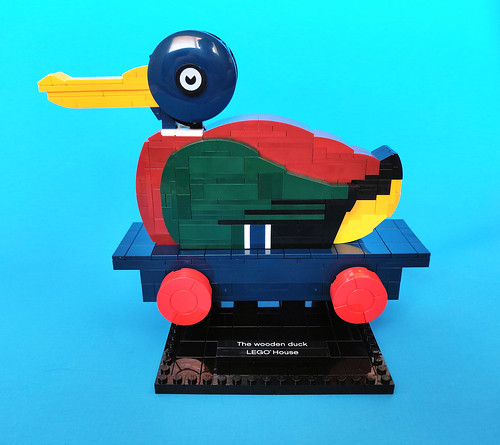 The downside of this set is that it is exclusive to the LEGO House and unless you have connections, it would be fairly difficult to get but if you’re going to the LEGO House, it is a nice souvenir to bring home.

Also the price of 599DKK is a bit high and the ratio is off from other LEGO House sets. With the set having 621 pieces and costing about $90 USD, that may be a harder pill to swallow it that compares to a licensed set. If you don’t want to pay, there’s always the building instructions you can use to create your own but you will need to substitute out the exclusive pieces. 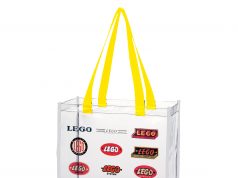 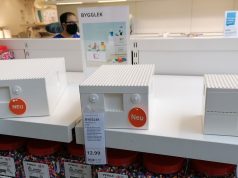