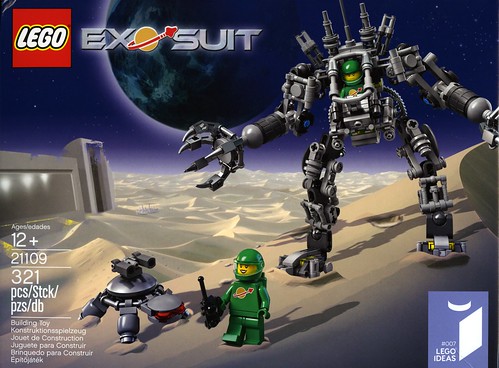 The new LEGO Ideas Exo Suit (21109) is still a few weeks away from the official release but a few sites are fortunate enough for get their review copies from the LEGO Community Engagement and Events (CEE) team already. I’m part of group of people who are currently waiting to get our hands on the Exo Suit on August 1st. However, I can still tease you guys with images of the box, courtesy of Brickset.

We first saw images of the box when the Exo Suit was first revealed but it was only a blurry picture and now we can clearly see it. On front of the box, we can see a few of the things that we already knew were going to be included with the set such as the Exo Suit, the two minifigures, and the turtle but on the back, it shows that we also two yellow barrels and a platform.

We’ll be doing our own review once we get the set is available next month so stay tuned for that. 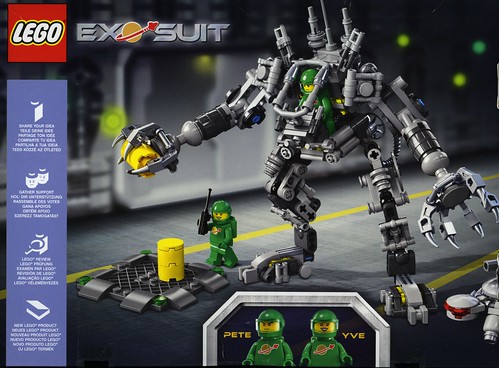