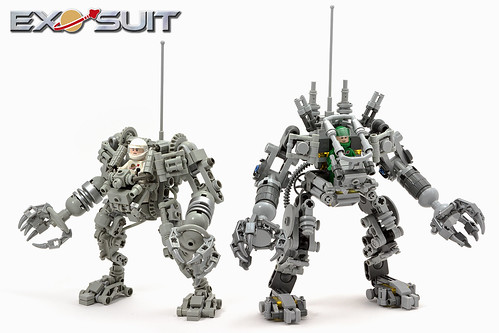 Brickset has posted a very nice image, shot by Ian Grieg (Bluemoose), of a side-by-side comparison of the original design of the Exo Suit and the official LEGO Ideas (21109) design. As you can see, the one that we’ll be getting is a little taller and it uses ball joint for the legs. The torso is roughly about the same size although the official one has a rollcage type of design for the pilot seat which I appreciate. Some things that are present in the official Exo Suit that is not on the original one are the pipes and hoses in the back which gives it a bulkier look. I also see a very interesting use of the ADU pistols.

Also note that the green Classic Space minifigures will have yellow heads and not a flesh ones. I’m definitely going to be picking up one when it’s available in August and I’m sure others may be getting multiples to build an army of them. What are your thoughts on the new Exo Suit 21109 after seeing the comparison of the two designs?

Update: Peter has uploaded a couple more images of the Exo Suit including both minifigures as well as the turtle robot. 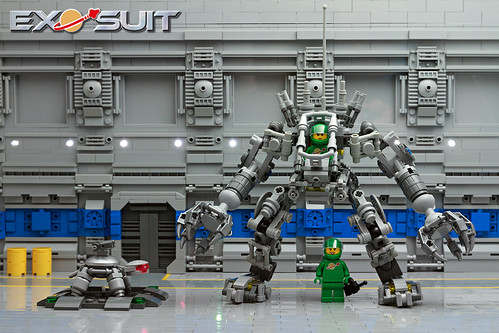 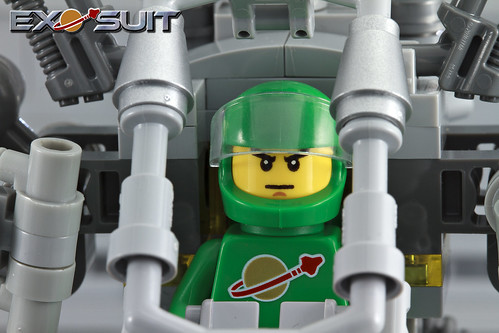