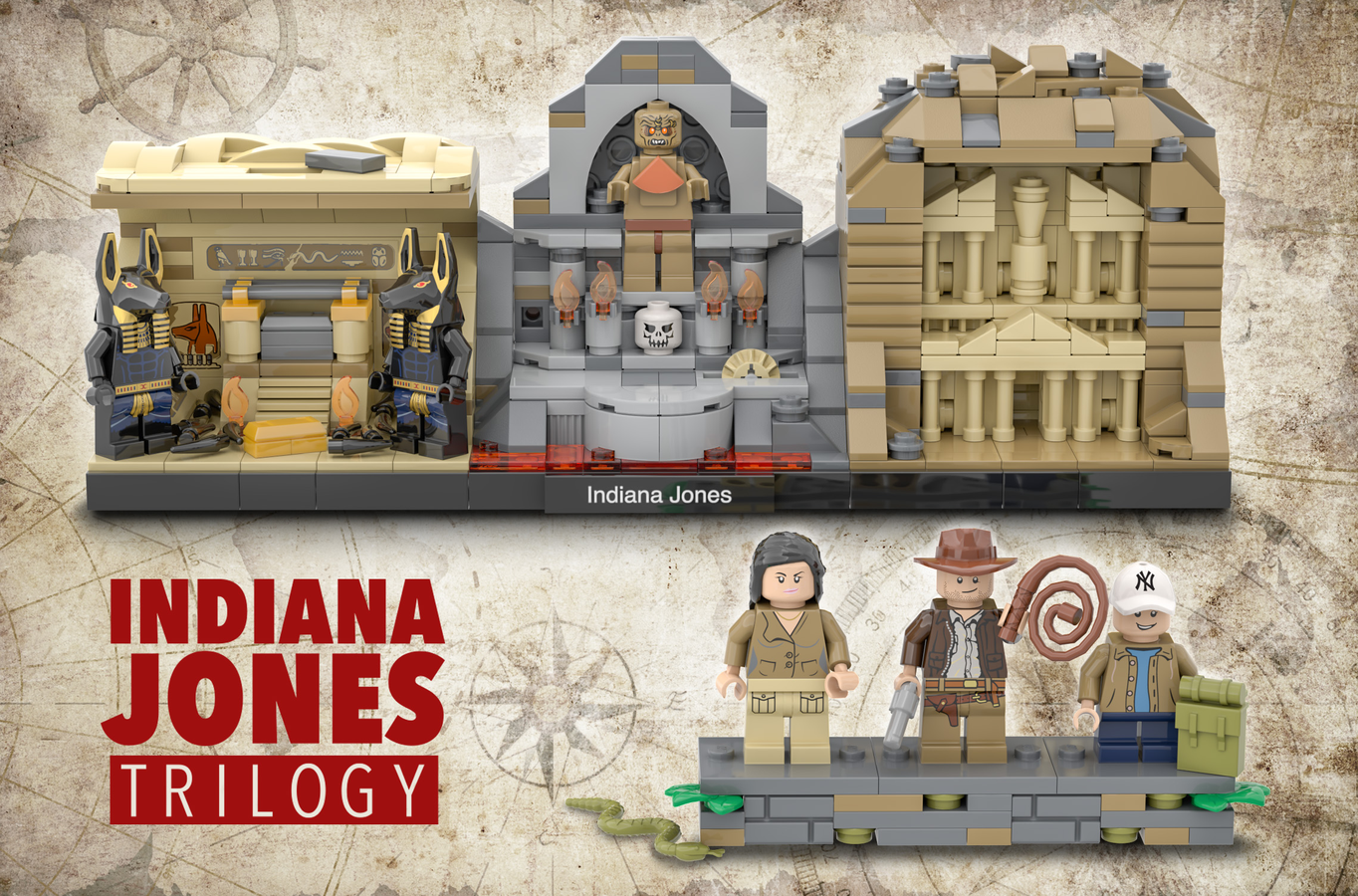 The Indiana Jones Trilogy by BenBuildsLego is the latest project to achieve 10,000 supporters on LEGO Ideas. The microscale build features scenes and the significant artifacts from the three original Indiana Jones movies (we don’t talk about the Kingdom of the Crystal Skull). The project also proposes three character minifigures from the films as well. The back of the build also implements additional microscale scenes from the respective movies as well. In their 8,500 supporter update, the creator decided to go with a Short Round minifigure instead of Indy’s dad so it’s possible to have all four characters if chosen.

• The Temple of Doom (Sankara Stones/Indiana Jones/Short Round)
• The Well of Souls (The Ark of the Covenant/Marion Ravenwood)
• Temple of the Sun (The Holy Grail/Dr. Henry Walton Jones, Sr.) 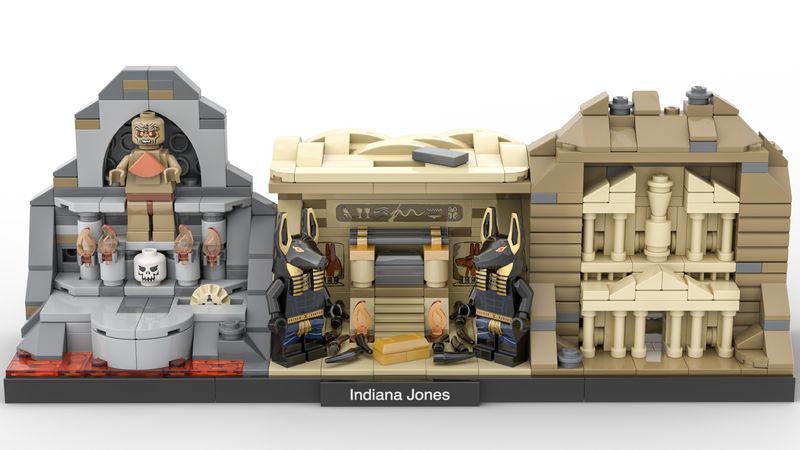 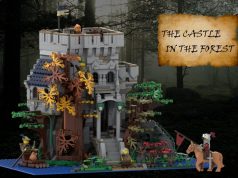 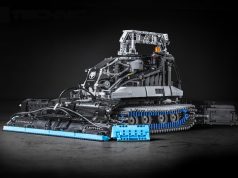