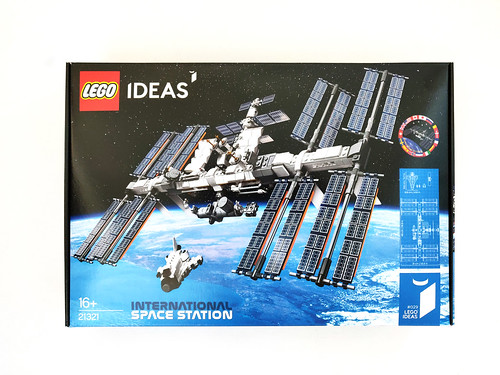 Last year, LEGO ran a contest on LEGO Ideas called the 10 Year Anniversary Fan Vote in which we would be voting on some previous LEGO Ideas projects that were previously not approved and the winner would have a second chance on becoming an official set. The winner of the fan vote was the International Space Station (21321) by fan designer Christoph Ruge. The set has 864 pieces and will retail for $69.99 and will be available starting on February 1. The contents of the box include six numbered bags and the instructions. 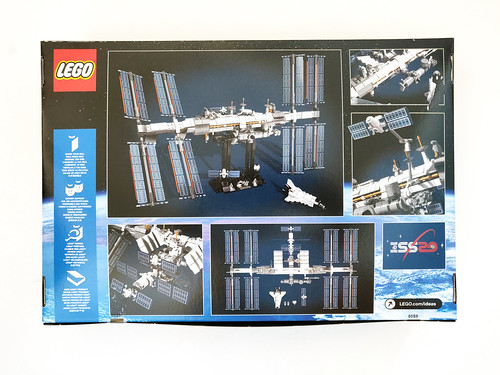 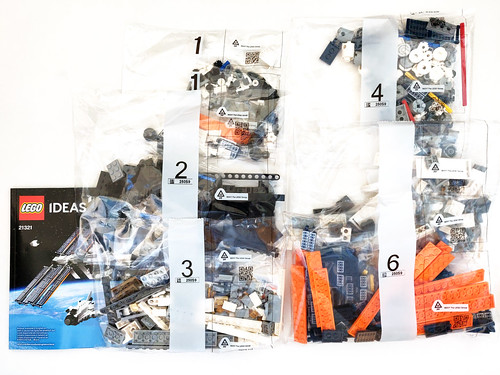 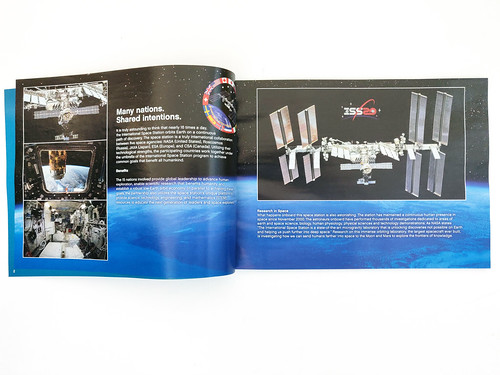 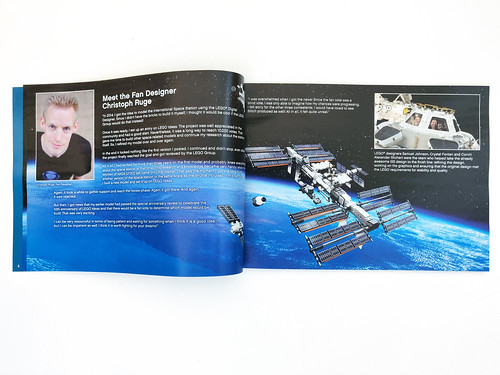 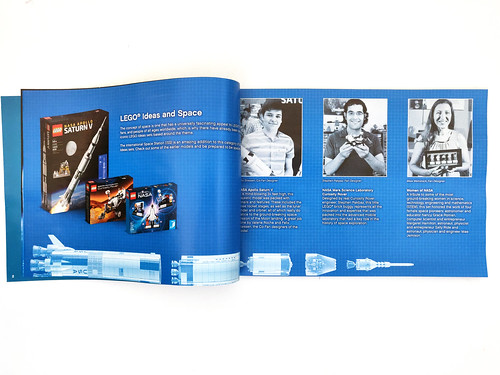 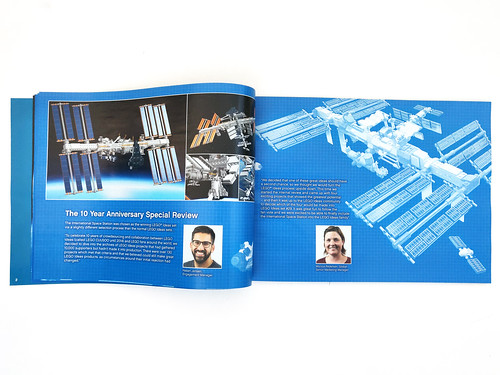 I will preface the beginning of this review by saying that I am not all too familiar with the equipment on the ISS so I might get some of the terminology wrong.

You begin the build by creating some of the mini cargo spacecrafts and the shuttle that will be used at the end of the build. 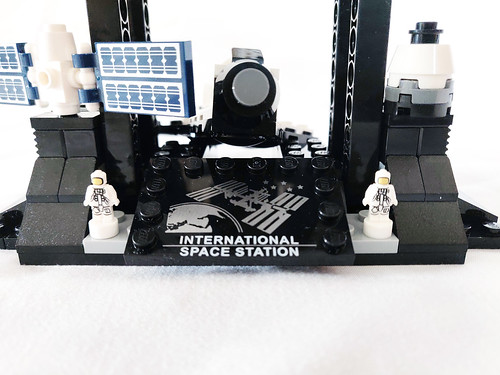 Next is the display stand that you will need to use while you are building the ISS itself. It is made of mostly black parts with four of them being long Technic beams to prop up the ISS. At the front of the base, there’s a printed plate of the International Space Station. 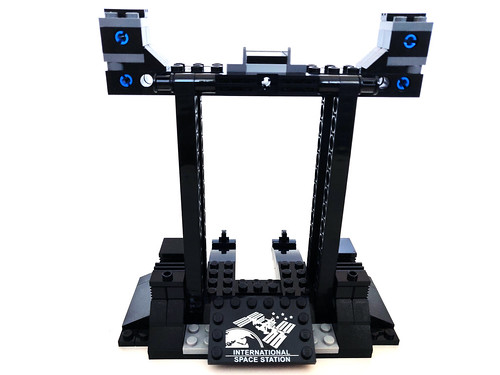 Bag 3 is stictly used to create the main some of the main sections of the ISS including the S6 Truss Spacer, S5 ITS, S3/S4 ITS, S1 ITS, S0 ITS, P1 ITS, P3/P4 ITS, P5 ITS, and P6 ITS. The whole Truss Assembly is built as one long piece but in reality, the segments were installed at different dates in time. 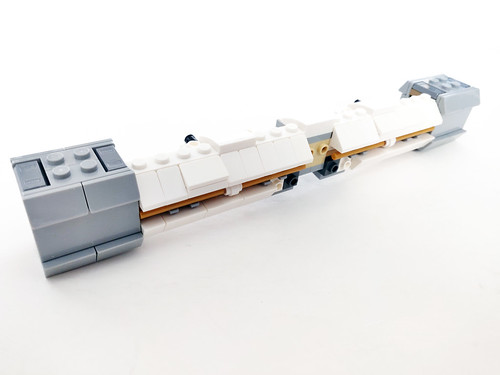 Bag 4 is used to build all the modules that are attached to the ISS. The mainly connect perpendicular to the Truss Assembly by the way of a long red Technic axle. Before that, there’s a small build for the modules on the other side which includes the Bigelow Expandable Activity Module, US Lab, Columbus Laboratory Module and Kibo Laboratory Module. I do like the use of roller skate pieces to create the JEM Exposed Facility. 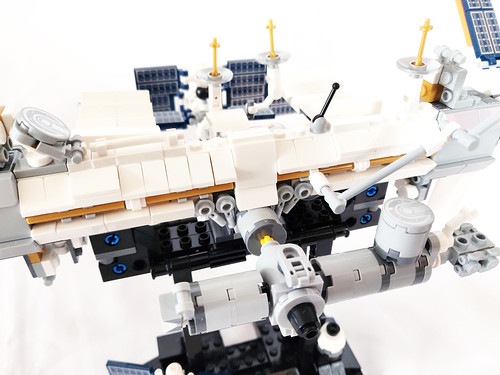 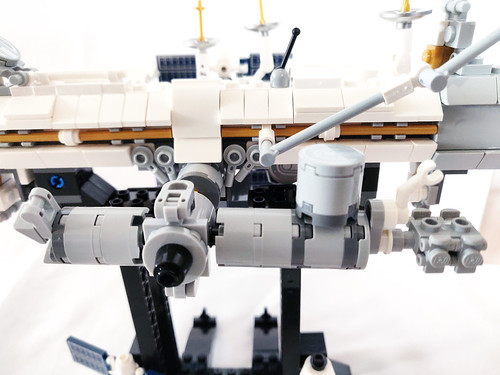 The back side of the ISS is a bit more intricate with a lot of smaller modules which uses some of the smaller printed solar panels. For those who were wondering if the solar panels were printed or stickered, luckily for us, they are all printed. 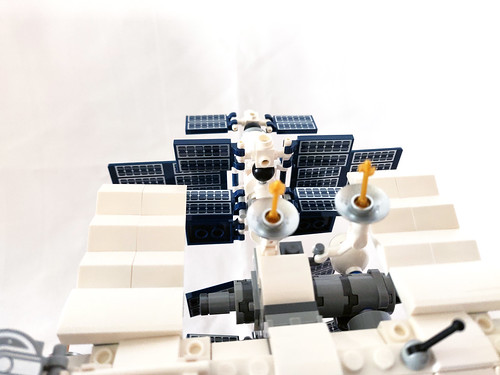 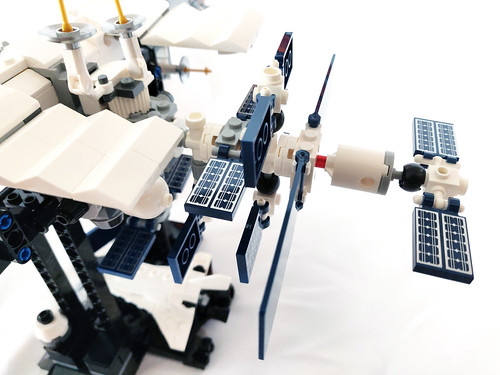 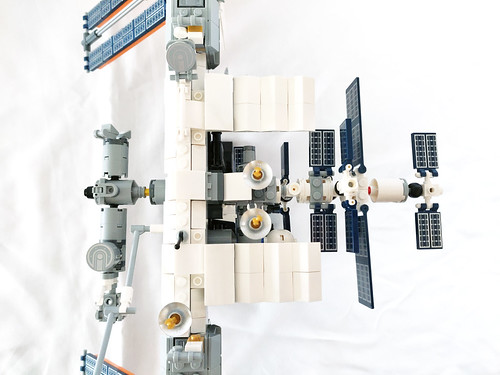 The last bag is dedicated to building the eight large solar panels that go on either side of the International Space Station. Again the panels are all printed pieces so you don’t have to worry about neatly applying stickers on the tiles. 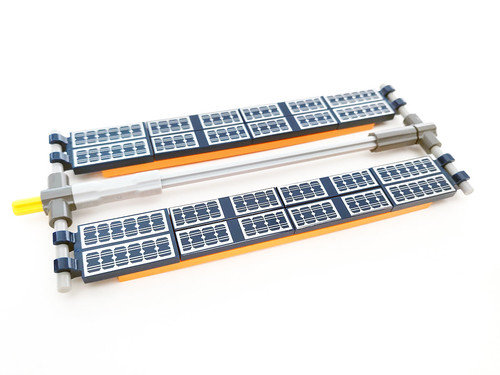 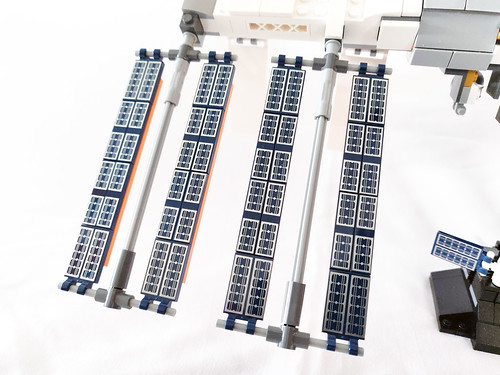 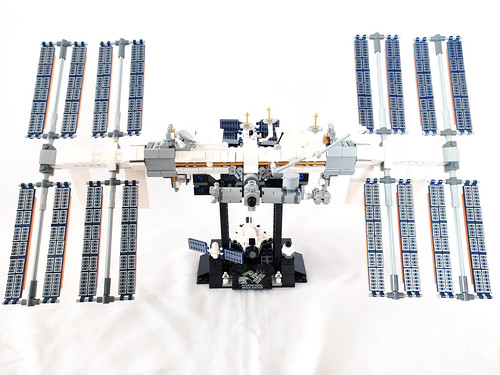 Overall the LEGO Ideas International Space Station (21321) is a decent sized set that may or may not be a good choice to be the winner of the 10th Anniversary Fan Vote. It did garner over 45% of the total votes so there is a market for it.

One thing that I didn’t like so much with the ISS is that it is very fragile. I would suggest displaying it nowhere close to kids or pets as modules will fall off left and right if you’re not careful with it.

It is a great display piece and it does look good next to some of the other LEGO Ideas space sets if you have them. The price for what you get is very reasonable and all the printed pieces are a giant plus. 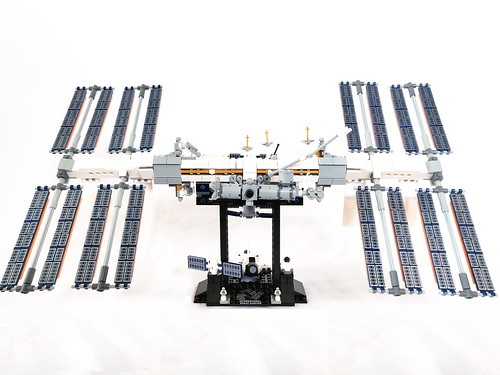