The LEGO Lightsabers: Darth Vader and Luke Skywalker project by Scott34567 has become the latest project to hit 10,000 supporters on LEGO Ideas. This project was first submitted in 2012 and consists of two brick-built lightsabers with a display stand. The set takes on the recognizable look of Luke and Vader’s lightsabers from Star Wars VI: Return of the Jedi. Scott34567 also claims that the hilts are sturdy enough to bring to convention crowds. They would definitely make great accessories for San Diego Comin Con.

The project now joins Assault on Wayne Manor, Invisible Hand, and X-Men: X-Mansion as the ones that are currently qualified for the second LEGO Ideas Review Stage. The Labyrinth Marble Maze now becomes the highest supported project on LEGO Ideas. 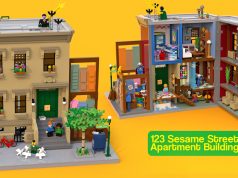 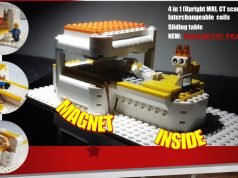