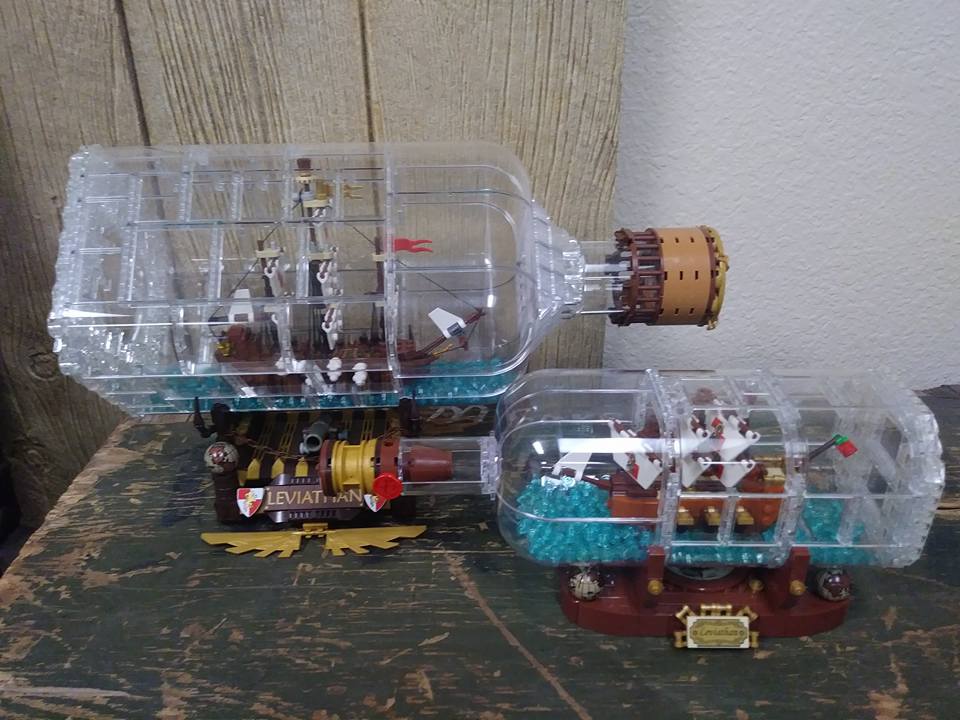 As we know by now, the LEGO Ideas Ship in a Bottle (21313) will be on store shelves on February 1. I’ve already done a comparison post showing some of the differences between Jake Sadovich’s model against the official set which he received a few days ago and pictures speak louder than words. He has posted a side-by-side look over on the AFOLs of Facebook page and we can easily see the differences between the two. Jake has even stated that the official set is “more user friendly than the original” which is reassuring for those who are on the fence about getting it.