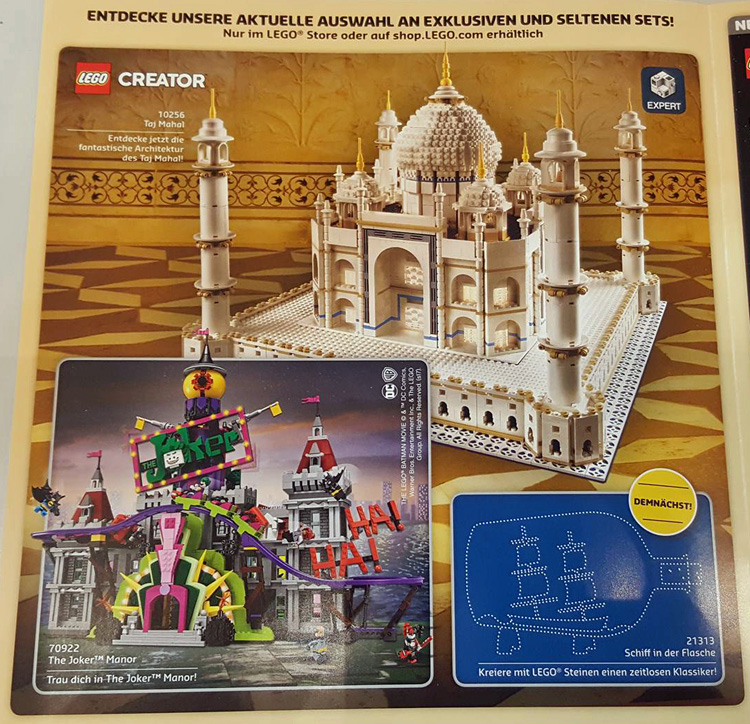 There hasn’t been much information about the upcoming LEGO Ideas Ship in a Bottle, The Flagship Leviathan (21313) since it was announced as the winner of the Third 2016 Review Stage until now. According to Promobricks, the German LEGO Store flyer for January/February has revealed a teaser for the set which shows a blueprint outline for it. There has been rumors that the release date of the set is January 17 but there’s been no confirmation of that. The official reveal of the set should be coming any time now so stay tuned for that.