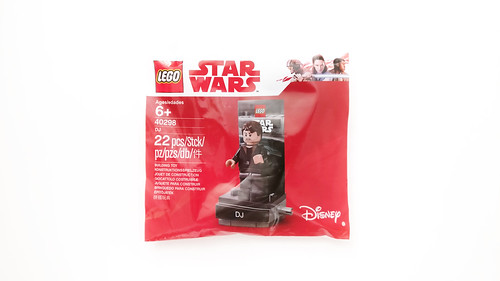 A few days ago, I reported that the new LEGO Star Wars: The Last Jedi DJ (40298) minifigure polybag has shown up at various Toys R Us locations. I check the inventory when I went to work and saw that they did indeed have some on the floor available for purchase at my nearest TRU. Unfortunately, they were street dated until January 9 but the manager on duty allowed the purchase to go through. They retail for $5.99 each but I got an employee discount on it. The item number is 379276. There are potential spoilers after this point but it’s been almost a month since the movie has been out so it’s up to you if you want to proceed or not. 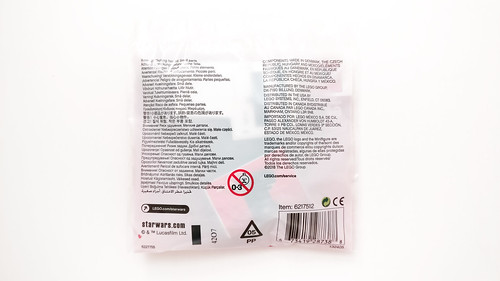 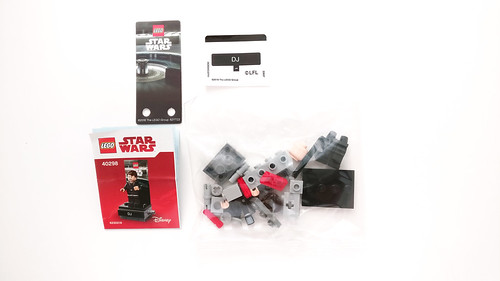 As mentioned before, the character for this polybag is DJ portrayed by Benicio Del Toro. The name DJ is actually short for “Don’t Join” as he real name was never revealed in the movie. He has on a black shirt with a black long jacket with some brown fur on the collar. There’s also some printing of his belt on the torso. The legs are also black with some brown for the bottom of the jacket.

The facial printing shows him with a short stubble with a stoic expression. The hair piece is the short brown one and it’s the one that we’ve seen before previously. 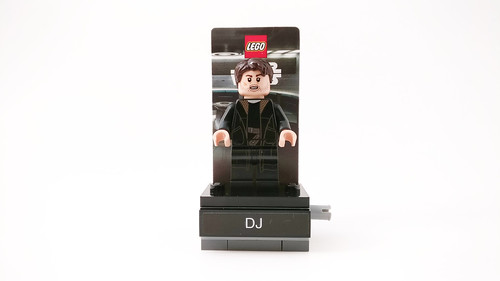 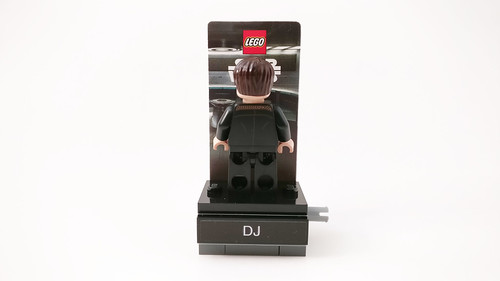 Like with the others in this series of LEGO Star Wars minifigure polybags, DJ also comes with a little stand. It is the exact same stand as R3-M2 (40268) and the Scarif Stormtrooper (40176). The background card shows the inside of The Libertine. Unlike the background cards of the other minifigures, this one doesn’t show the copyright on the left but instead it has it on the bottom of the card which is covered up by the base. I like this change as it makes it a little less intrusive. Like before, there are a couple of holes for the Technic axles to hold it in place. 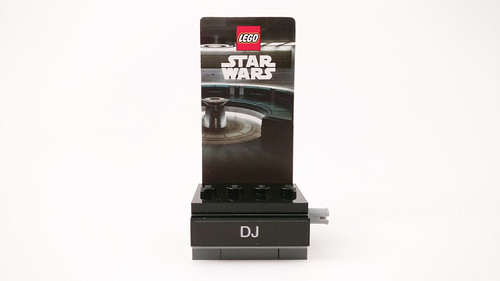 DJ isn’t a major character in Star Wars: The Last Jedi but does play an important part in the plot and it is interesting for LEGO to create a whole polybag just for him. He is exclusive to his set so he is a fairly rare minifigure at this point. Even though it’s a simple mechanic, I’m still liking this whole connective base for all the minifigures in this series.

Like I said before, he is available at Toys R Us for $5.99 each. Technically he won’t be available until January 9 but you may or may not be able to get it depending if the store manager allows it to go through or not. The manager on duty at my location pulled the rest of them after I purchased mine. There’s no word yet on if it will be part of a promotional sale but I have feeling that could be. 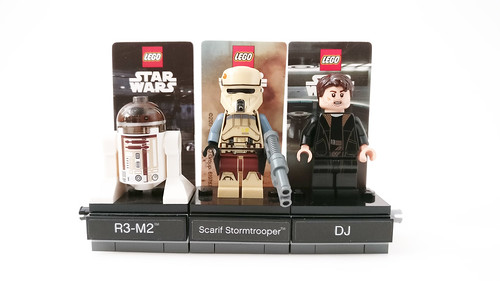