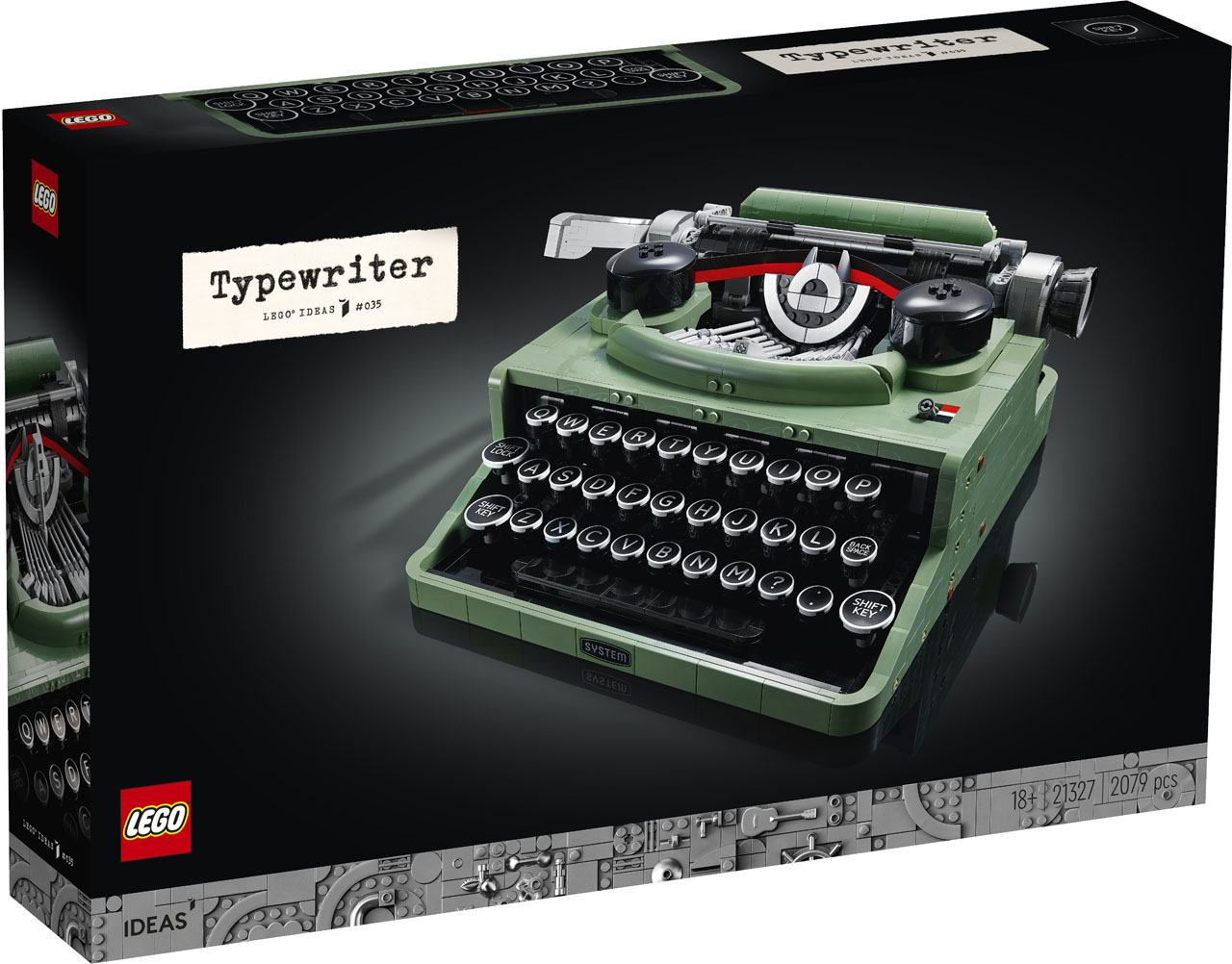 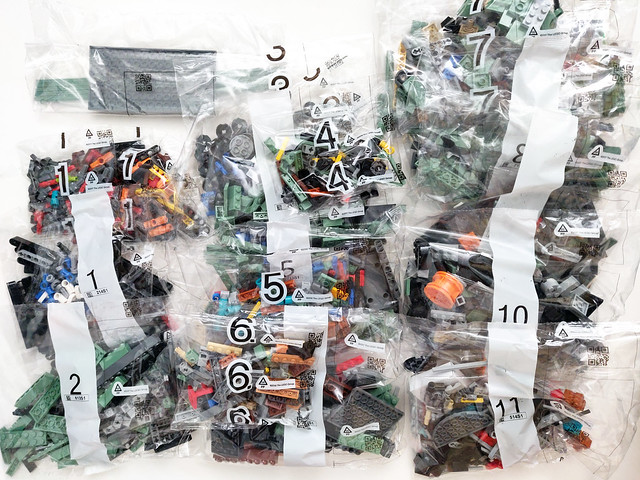 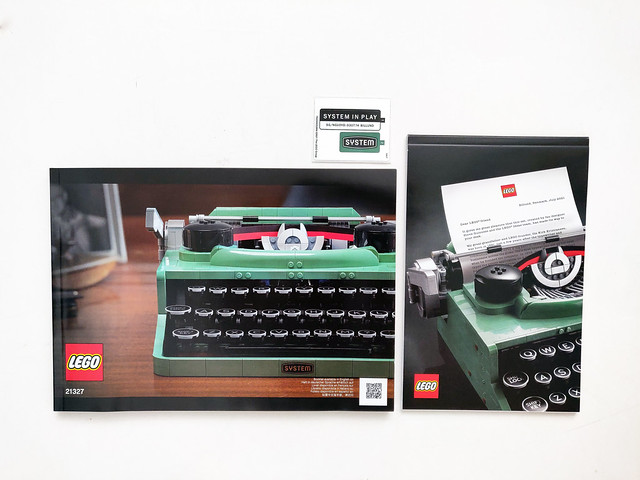 Like with all LEGO Ideas sets, the front gives a little insight about the set including a short excerpt about the fan designer, Steve Guinness. It also gives short quotes from the LEGO designers James May, Wes Talbott, and Martin Fink. 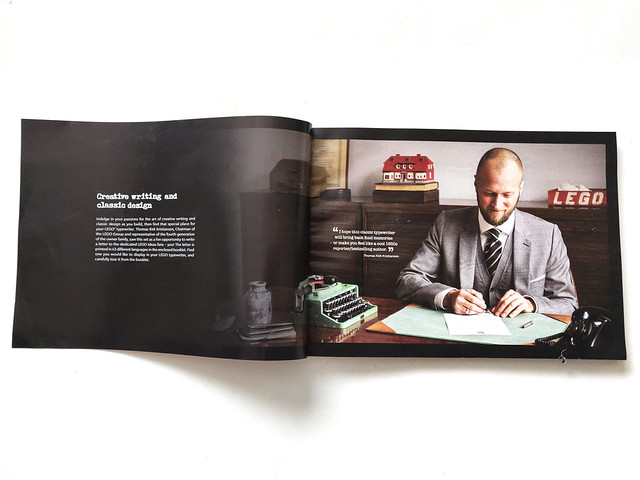 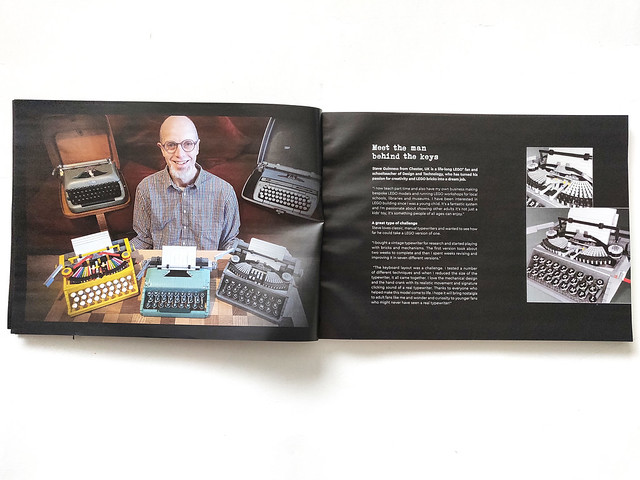 Included with the set is a booklet of a letter from LEGO Chairman, Thomas Kirk Kristiansen. There are letters in 43 different languages so there’s pretty much something for everyone. You can rip them off to put on the typewriter after you’re finished building. 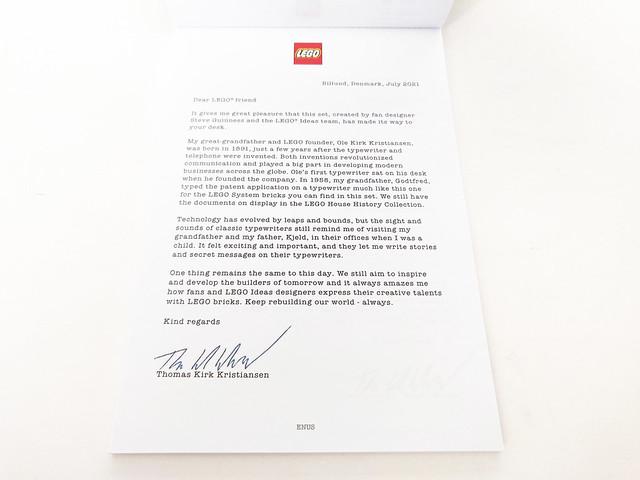 There are three sections each set of bags are for. 1-4 are for the front frame and keyboard. 5-8 are for the back frame and the inner workings of the carriage. Bags 9-11 are for the platen and ribbon spools.

Bag 1 are the parts used for the frame of the keyboard, most of them having Technic beams. 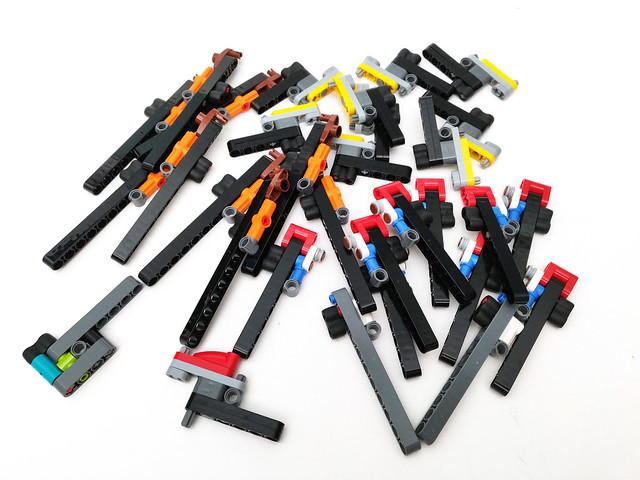 Bag 2 is for part of the frame for the keyboard. Here you use the arm builds from bag 1 and attach them in the correct sequence. This is easily the most tedious part of the whole build. If you messed up here after completing it, good luck finding the mistake. 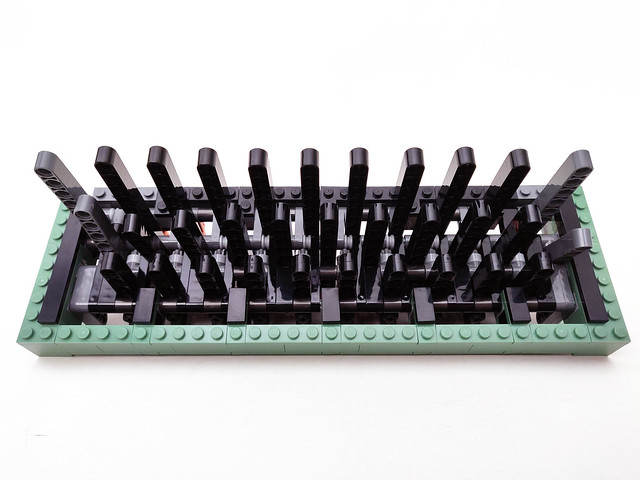 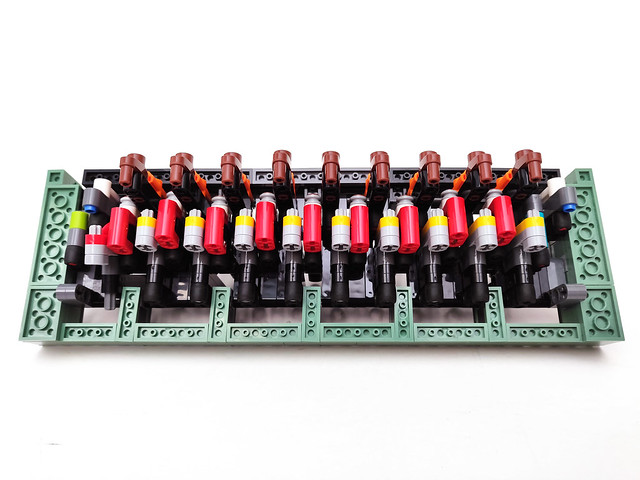 Bag 3 is for the keys on the keyboard. LEGO was nice enough to have the letters printed on 2×2 tiles. There are also the shift and shift lock keys that are on 4×4 tiles. 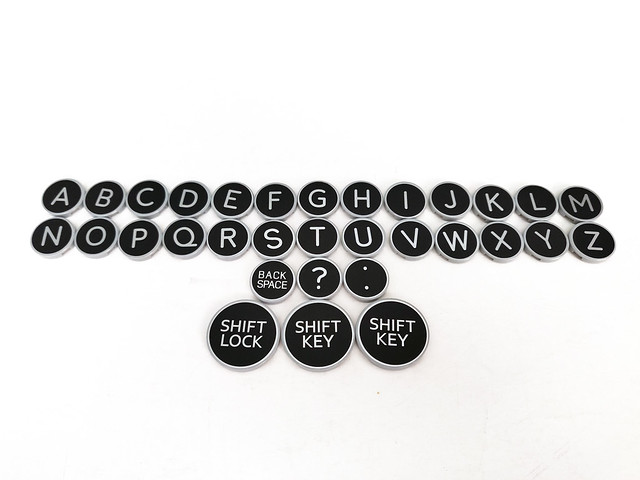 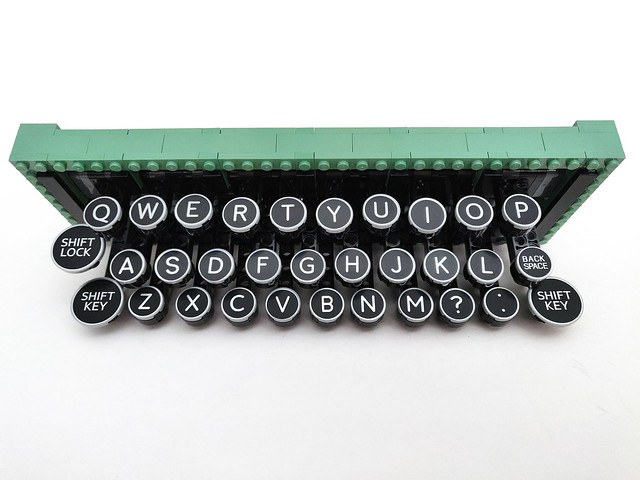 Bag 4 is for the rest of the front frame of the typewriter. There ar pins on the sides that hold the back of the keys on to the frame and they work pretty well. In the front, we have a sticker with the word “System” which is one of only two stickers in the set. 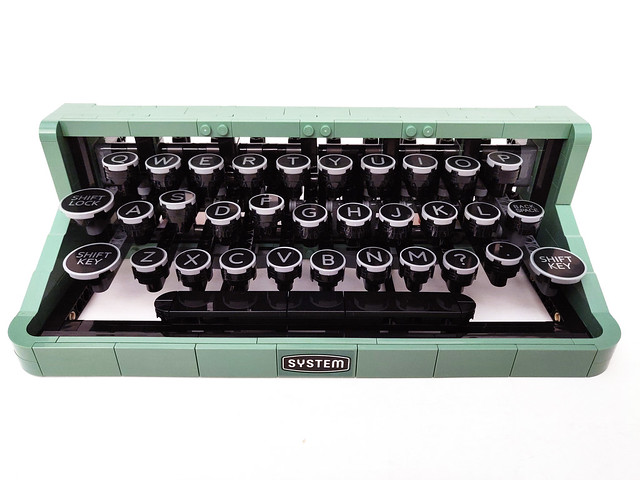 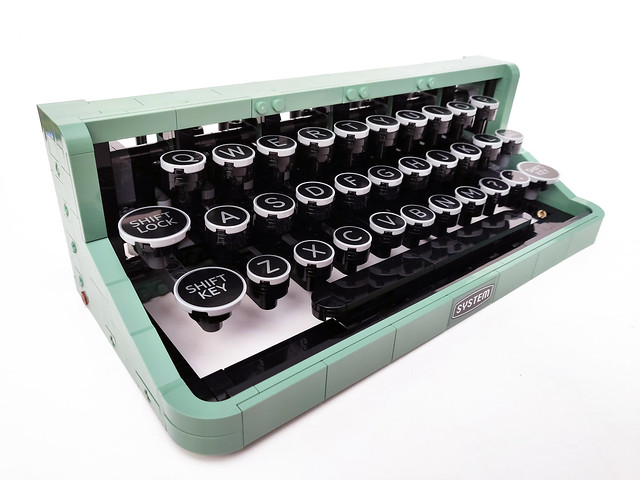 On to what I think is the most interesting part of the Typewriter, bag 5 starts the first part of the carriage. At this point, it doesn’t look too interesting but it’ll fill out in the next few bags. 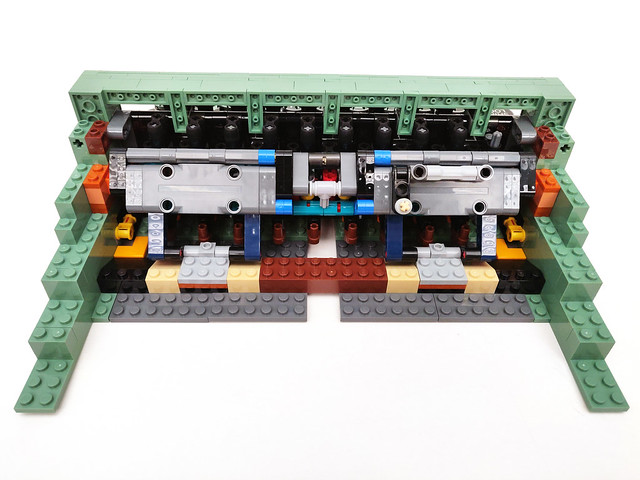 On bag 6, we have the mechanism for the center typebar which is mostly completed. We also have the layout for the carriage track area. 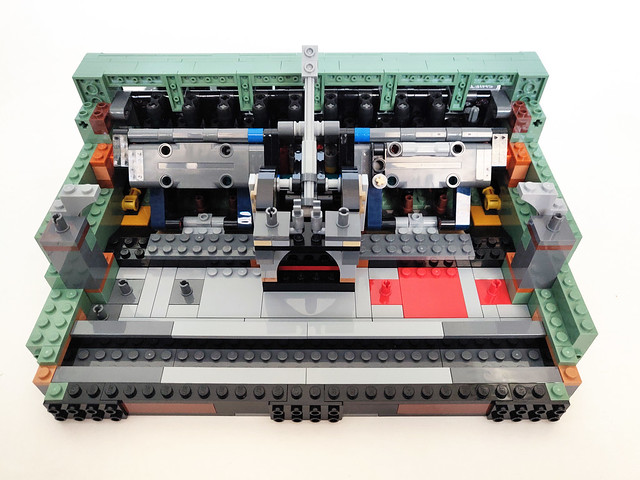 For bag 7, we have another interesting and complex mechanism for the carriage. The gears work in conjunction with the Technic bars for the keys so when you hit a key, the gears will turn a step until it reaches the far left. You can reset it by pushing the carriage all the way to the right to repeat the process. There are a few keys that don’t move the carriage because they aren’t supposed to including the shift lock and shift keys.

One quality control issue that I had with this bag was that I was missing a wheel and got a handlebar instead. Luckily, it didn’t really affect how smooth the carriage moves over. Also, the bottom back section of the frame tends to fall off very easily. Any weird movement and it’ll likely fall off. 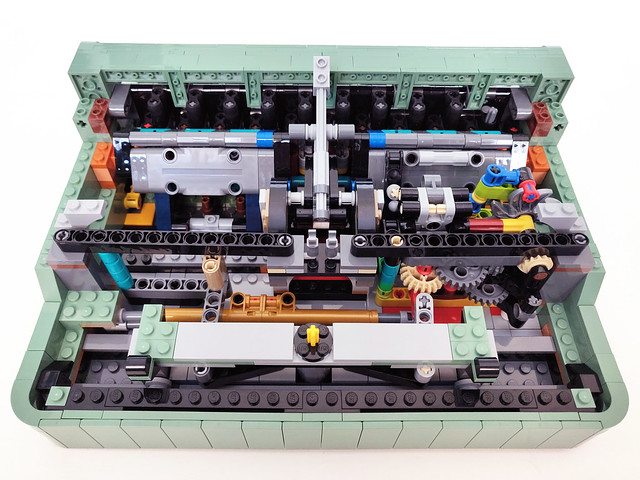 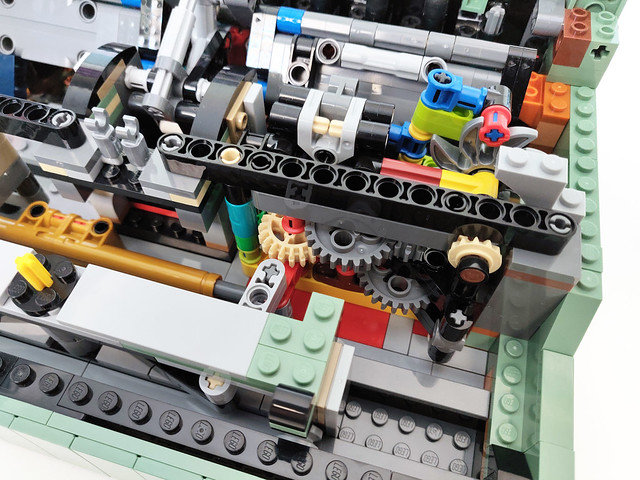 Next up, a majority of the parts for bag 8 is for the top cover. Before that, there’s a little section for the typebar using a 1×2 round plate which mimics the sound of a real typewriter. It actually works well and it really does sound like it. 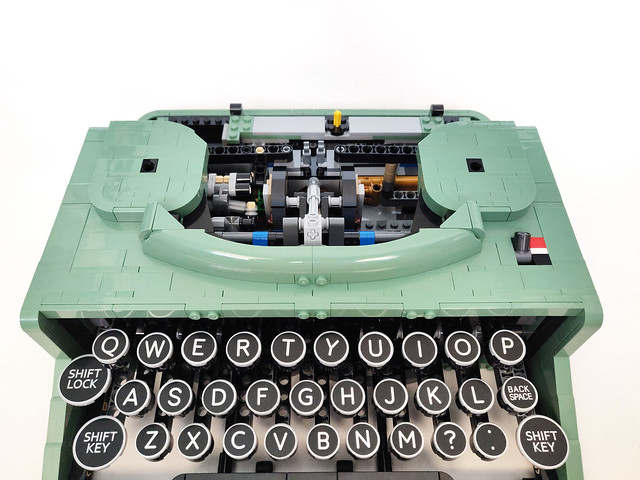 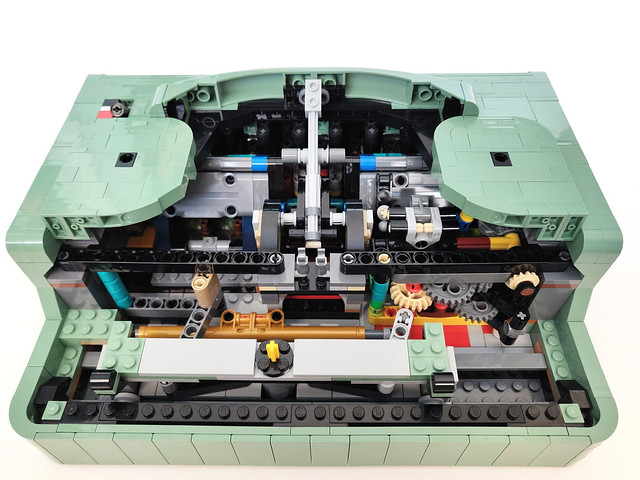 Bag 9 is dedicated to the platen tray. There isn’t much going on here but there are wheels at the bottom to allow the platen to roll smoothly. The back frame has a sticker that says “System in Play” and an Easter egg by Steve Guinness of “NGUOYD” which is an acronym for “Never Give Up on Your Dreams.” 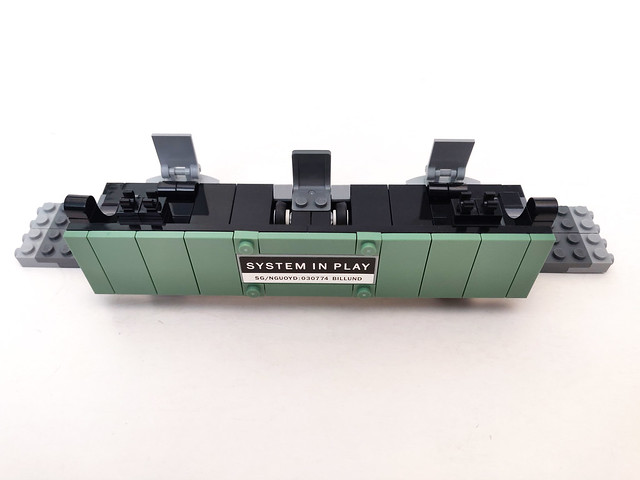 For bag 10, we have the rollers for the platen which uses some rubber wheels along with 4×4 round bricks. The sides of the platen use some metallic silver pieces which is a nice commodity for people who are looking for parts. 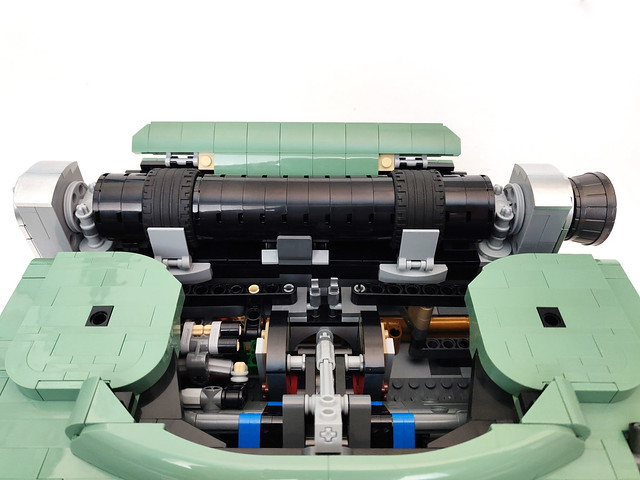 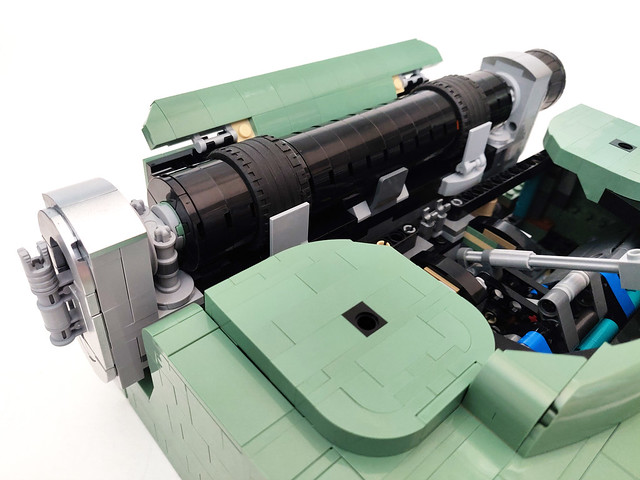 Finally, we have the rest of the typebar section, the ones that don’t work. They look pretty nice when it goes in the center. We also have the bar that holds up the paper. At the very end, we put on the ribbon spools on the sides with the ribbon being a new fabric piece specifically made for this set. 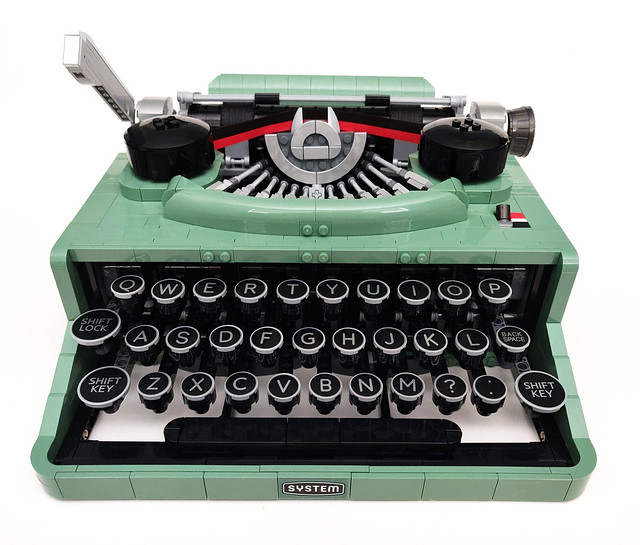 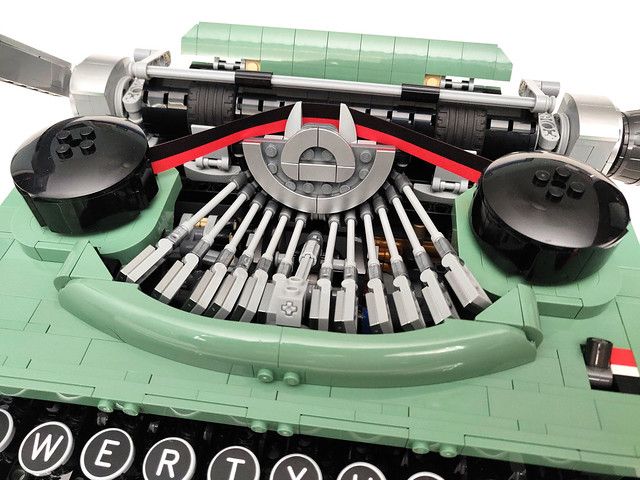 Overall, the LEGO Ideas Typewriter (21327) is a very detailed set that has pretty much all the features of a real typewriter. I do appreciate the keys being printed tiles instead of stickers which makes it a more higher quality product. As for the other stickers, you don’t really need to add them as it also does look well without them. Also the sound it makes when you hit a key is the exact sound as the real thing. The color scheme may be off-putting but it does look like the old school ones. 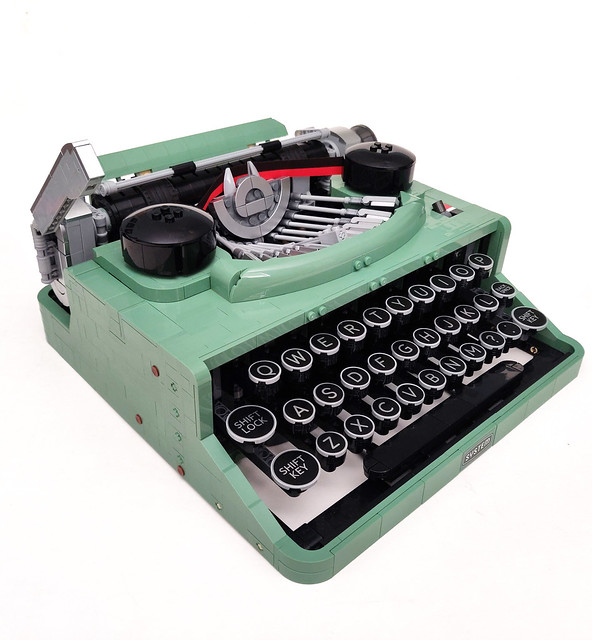 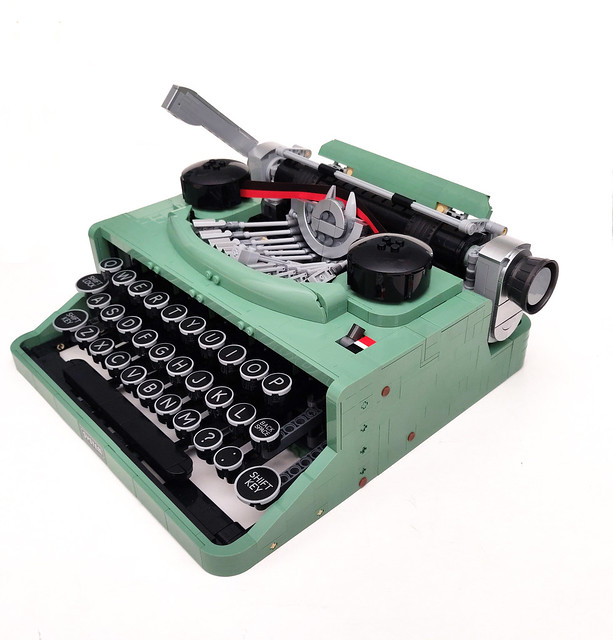 There were also some things I didn’t like too much about it but they were very minor things. First was the back part of the frame that keeps falling off. Although it is secured in a few sections, it does seem to easily pop off when being moved around. Another con isn’t really about the set but the QA for it. I’m not sure how another piece that isn’t in the set replaced something was supposed to be. It was fortunate that it didn’t affect that much but it was still worth noting. 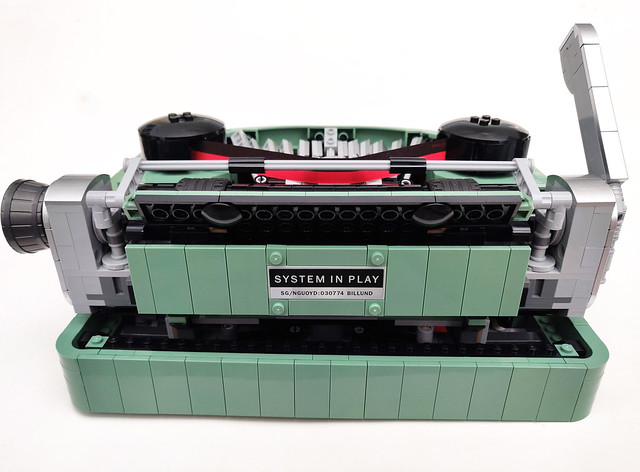 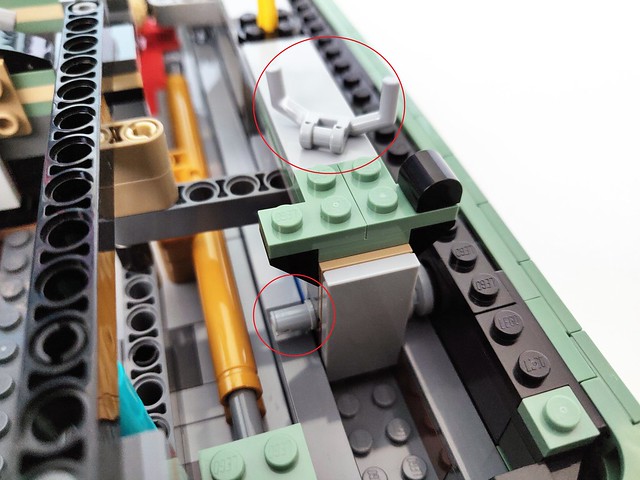 The Typewriter is by far one of the more complex builds for a LEGO Ideas set is in a while and if you like something challenging but have a great piece at the end, I do recommend it. The set will be available starting on June 16 for VIPs and to the general public on July 1.