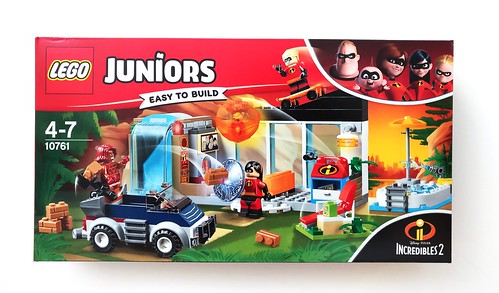 The last set that I’ll be reviewing for the LEGO Juniors The Incredibles 2 line is The Great Home Escape (10761). This particular set comes with 178 pieces and retails for $29.99. The contents of the box include three numbered bags, some loose Quick Start molds, and the instructions. 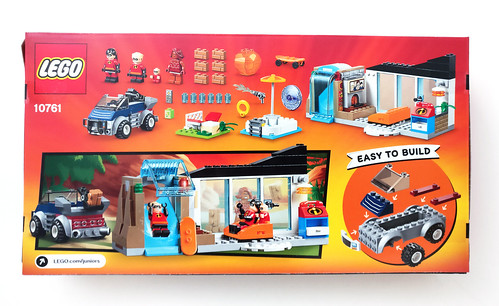 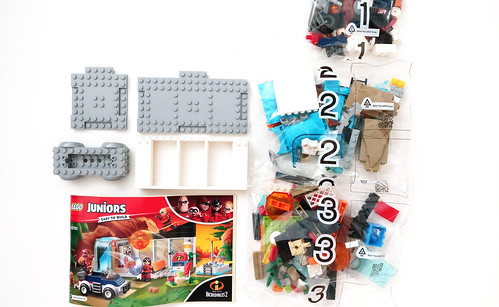 There are four minifigures in this set which include Violet, Dash, Jack-Jack, and Brick. Violet wears a similar red outfit that all of the Incredibles memebers wear with some slight printing differences between her and Mrs. Incredible. She has a double-sided head with a smilk on one side and a sad face on the other. She has a long hair mold with a dark orange hairband. Her accessory is a printed dish piece for her force field power. 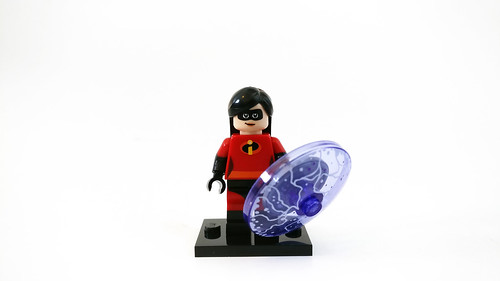 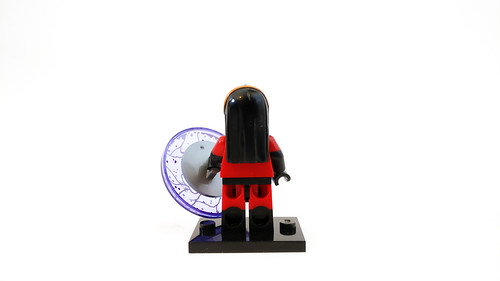 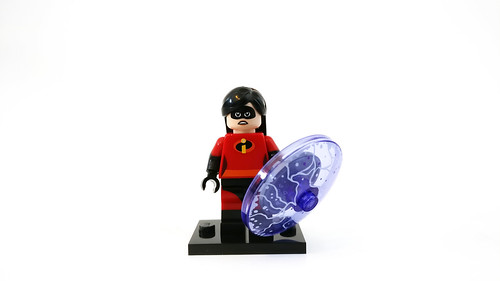 Dash also has on the red outfit but with short legs. He has a double-sided head with a smirk on one side and a large smile on the other. He has a couple of accessories which are his orange skateboard and a water gun. 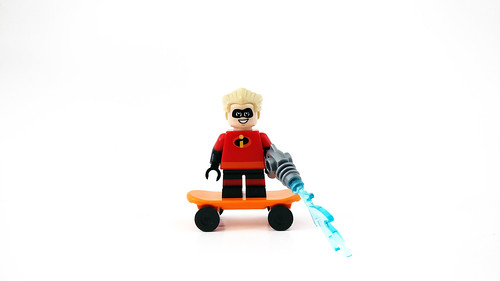 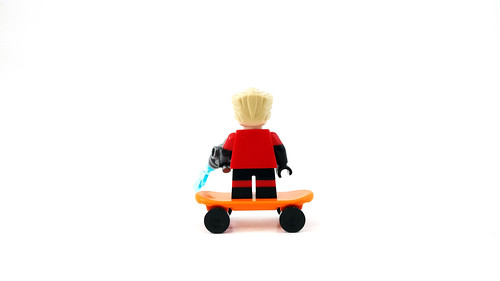 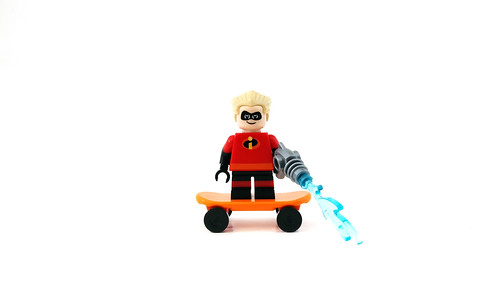 Jack-Jack uses the little baby mold which is an appropriate piece for the character. There’s no detailing on the body but the head does have printing of his mask. His accessory is a trans-orange rock which acts as a fireball which is one of his powers in the film. 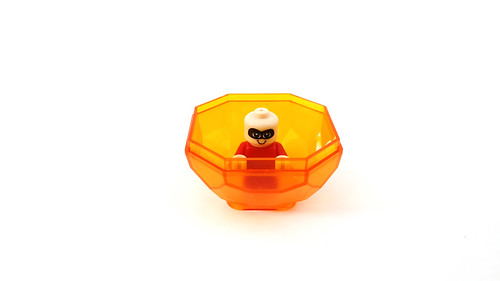 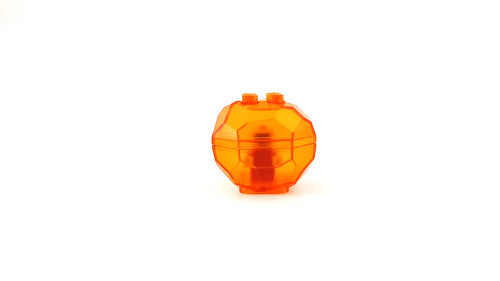 Finally, we have a new character named Brick. She is in a dark nougat color with her outfit being a dark red brick pattern. She has a double-sided head with an unhappy look on one side and an very angry look on the other. The wavy hair piece is brand new and it’s in a dark red color. 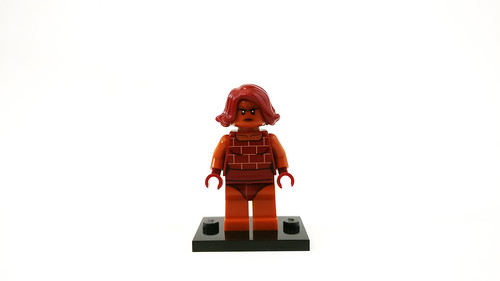 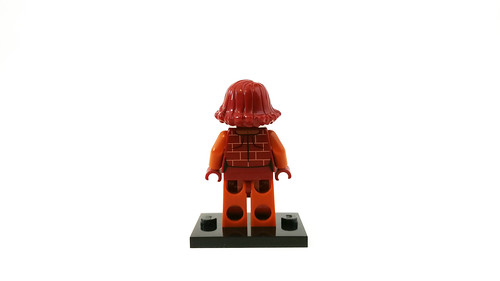 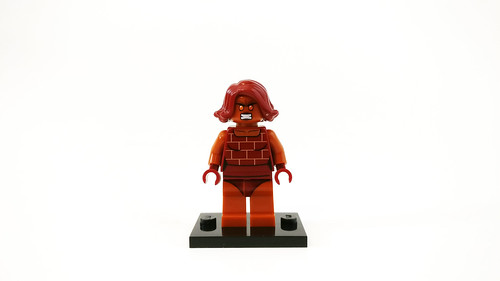 The first part of the build is Brick’s vehicle. LEGO describes it as a car but it has the shape of a van. The color scheme for it is dark blue and gray with some dark brown accents. The main play feature here is the catapult in the back where it can launch some 1×2 profile bricks. 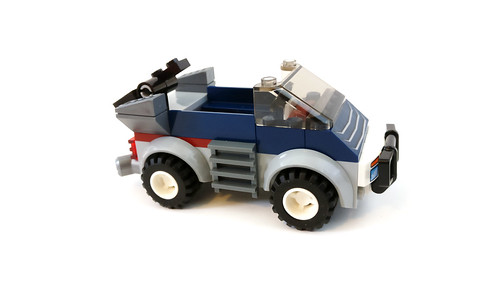 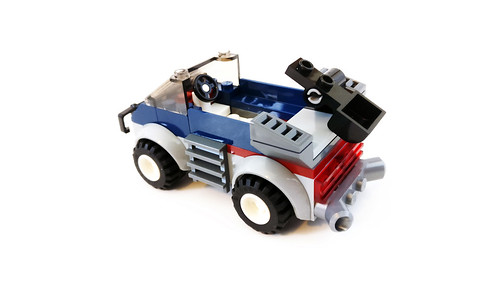 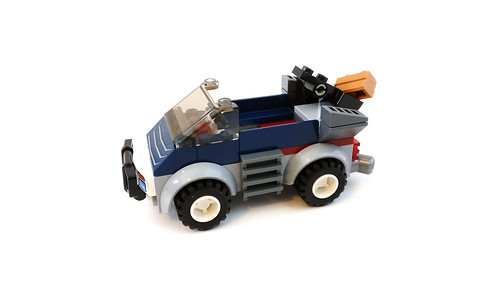 The next part of the build is a little pool area which uses some trans-light blue 1×2 round bricks as the water. Some other details on it include a short ladder, a life preserver, and an umbrella. 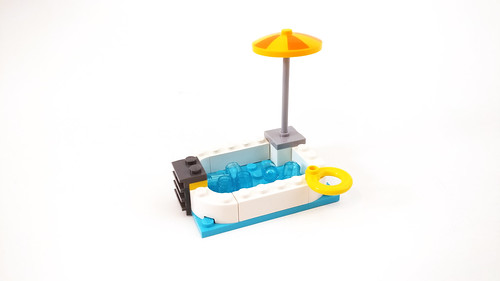 Following that is a secret waterfall area that connects to the side of the house. It consist of a couple of tan rock pieces which are actually still pretty rare. It also has a medium azure slide which has been predominantly used with the LEGO Friends theme. The slide has a closing door which uses a curved tran-light blue piece. 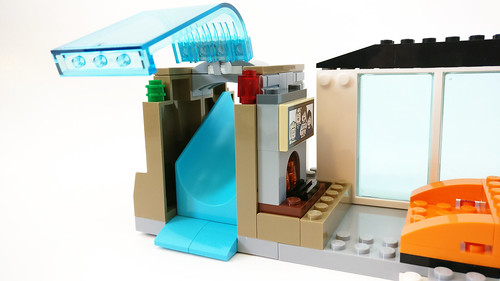 The last booklet shows you how to build a red lawn chair on a small 6×6 grassy area. The chair sits on a hinge and the play feature here is to sit Jack-Jack on it and launch him. 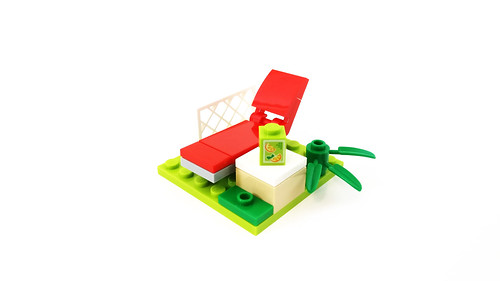 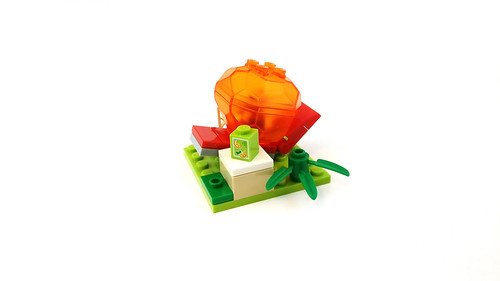 Finally, we have the living room part of the house. On one side of the room, there’s a sliding fireplace which has a printed 2×4 tile of the Parr family. There’s also a 1x2x5 printed column piece for the control panel. In the middle of the room is an orange couch. On the right side, there’s a short wall next to a cabinet with the Incredibles telephone on top. 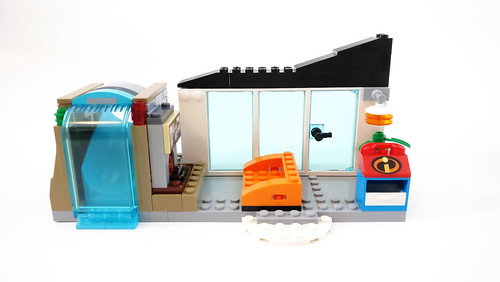 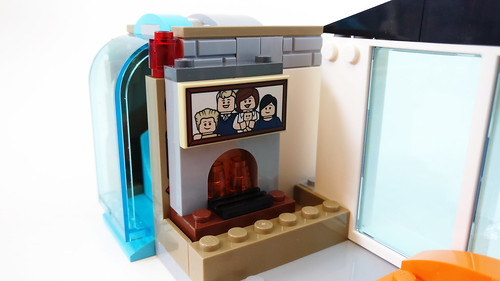 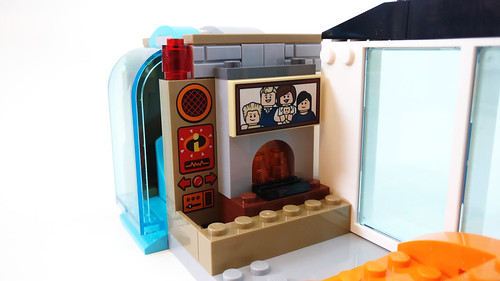 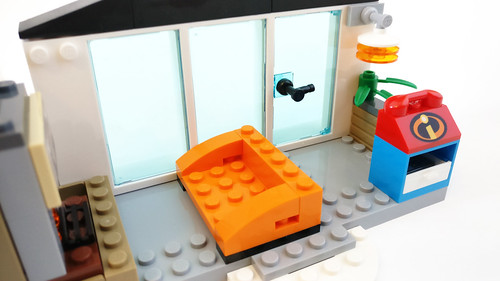 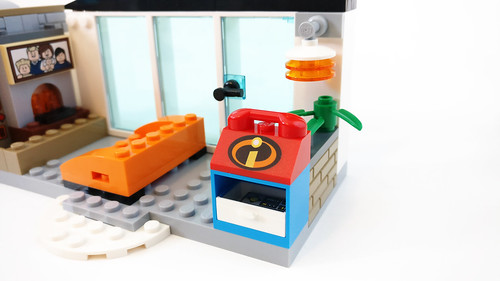 Overall, the LEGO Juniors The Great Home Escape (10761) is a great playset for the younger audience. There are a number of play features that packed into this fairly small set. The price point is spot-on with a set this size and it also includes four exclusive minifigures including the popular Jack-Jack baby mold. 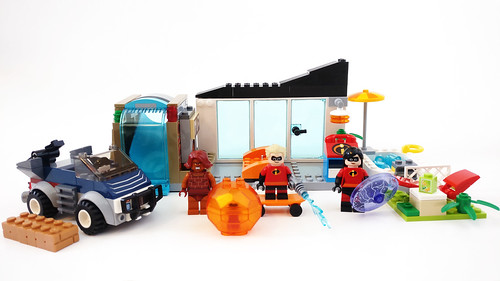 If you’re looking to collect the whole Parr family, you’ll need to get the two larger sets to complete. The smallest set is only needed if you want the exclusive Screenslaver minifigure as well.