To kick start the new year, the LEGO Legends of Chima

has began selling today at LEGO stores and [email protected] As a bonus, LEGO will be giving away Ewar’s Acro Fighter (30250) polybag in the month of January for all purchases over $75. This set contains 33 pieces. 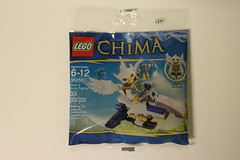 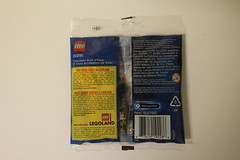 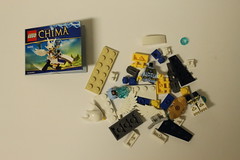 This set only has one minifigure, Ewar. If you haven’t seen the Chima minifigures yet, they are really detailed and Ewar is not an exception. He has lots of printing throughout the torso and legs. His torso is mostly blue with muscular printing and part of the belt. The legs have the rest of the belt as well as feather and talon printing. Ewar wears a gold armor piece with a translucent light blue flat stud in the middle. He has double-sided printing on the head, one with him wearing goggles and one without. His accessory is a transparent blue CHI orb. On a side note, I’m hearing that some people have been getting different amounts of the flat studs as extras. In this bag, I got 2 extras. 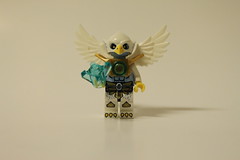 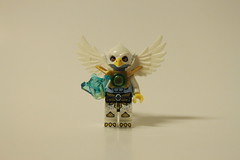 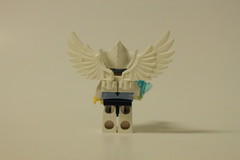 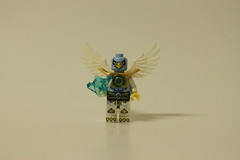 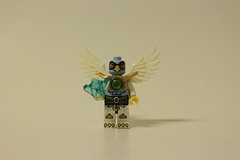 The Acro Fighter is supposed to resemble a jet but it looks more like a jet ski. The color of the fighter is similar to the color of Ewar. The style looks much like an eagle since he is in the Eagle Tribe. 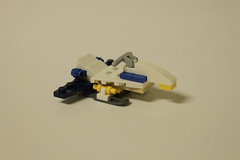 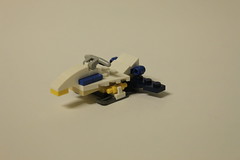 This set is a neat little polybag with a very nice Ewar minifigure. It’s a good addition to any LEGO collection. Again, the only way to get it is to have purchases of $75 or more at the LEGO store or [email protected] 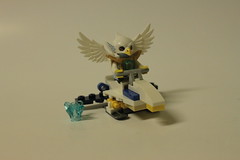 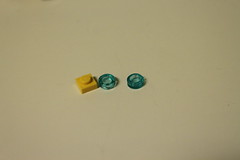