LEGO has recently released another polybag in the Legends of Chima line, Winzar’s Pack Patrol (30251). I found this set at a Target store in the Valentine’s section. It contains 38 pieces and retails for $3.99. 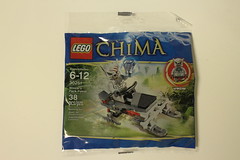 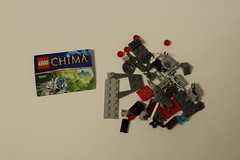 This set contains Winzar from the Wolf tribe. He is mostly gray colored. He has muscular printing on the torso and a darker patch in the middle. There is also a blue CHI on top of the hair patch. The legs are also printed with him wearing a red pelt. Winzar’s wolf headpiece has stubbles and scratch marks across the left eye. If you take off the headpiece, you can see his double-sided head with a content expression on one side and an angry expression on the other. His accessory a CHI piece. 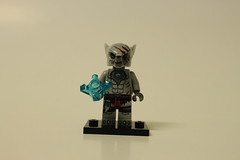 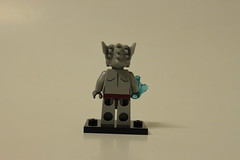 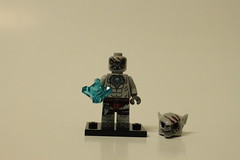 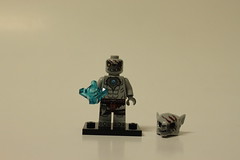 The Pack Patrol looks similar to a snowmobile. The main color scheme is grey and red. The skis on the front are held on to a bone in the front. The blades in the back are actually created using crescent blades. Other than that, it’s just a simple looking build.. 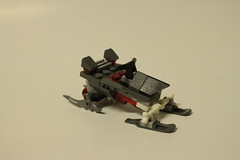 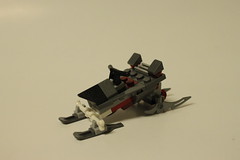 Overall, the polybag is a neat set and is currently the cheapest way to get the Winzar minifigure. The Pack Patrol itself is nicely built and took about 5 minutes to put together. 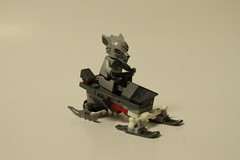 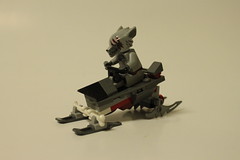 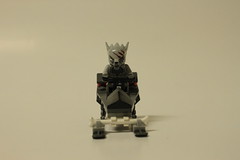 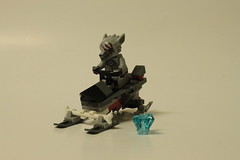