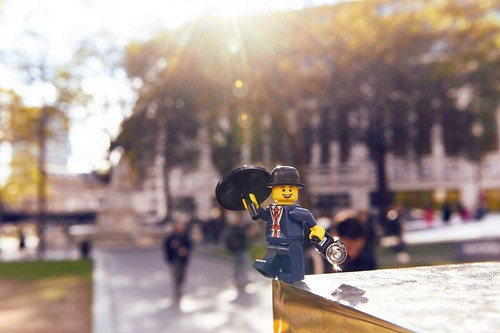 Back in September, it was revealed that UK’s new flagship LEGO Brand Store in Leicaster Square with have a mascot named Lester. There is now an image that has been released of Lester in actual minifigure form coming from LEGO’s social media sites.

Anyways, Lester looks pretty much exactly like what we saw in the reveal image with him having a suit with the Union Jack design and a bowler hat. The image also shows with with an umbrella and a camera but I’m not sure if they come with it, if it is released. There’s still no word on how you can obtain the minifigure but I’m sure LEGO will be announcing something as we get to the store opening date of November 17.