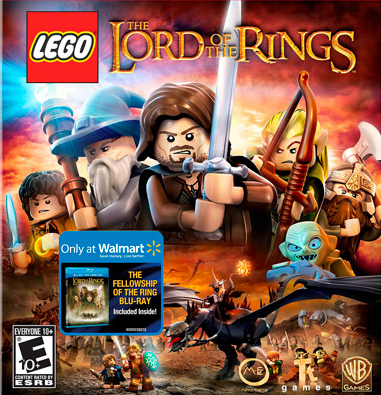 As we get closer to the release of the LEGO Lord of the Rings Video Game, there are many deals popping up from different retailers. Wal-Mart is offering a Blu-Ray copy of the Lord of the Rings: The Fellowship of the Ring when you purchase the game on the PS3

, or the Nintendo Wii

When you preorder the game on Amazon.com

for the PS3 or Xbox 360, you will get exclusive Middle Earth characters for the game as well as a $10 promotional credit for anything purchased on Amazon. The game is expected to be released November 13.