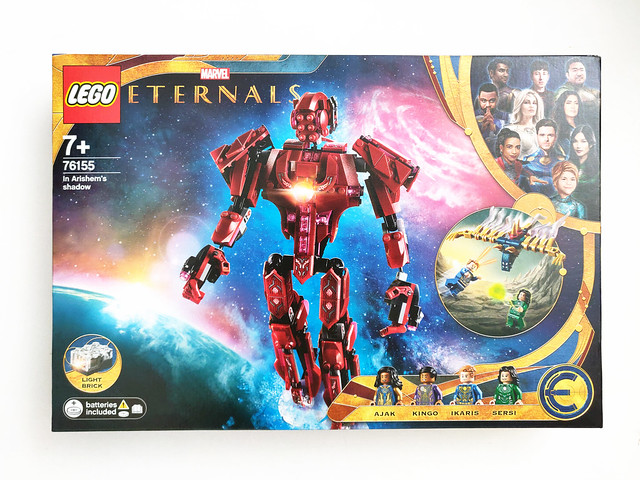 Chugging along with our reviews of the LEGO Marvel Eternals sets, we now have In Arishem’s Shadow (76155) to check out. The set has 493 pieced and retails for $59.99. 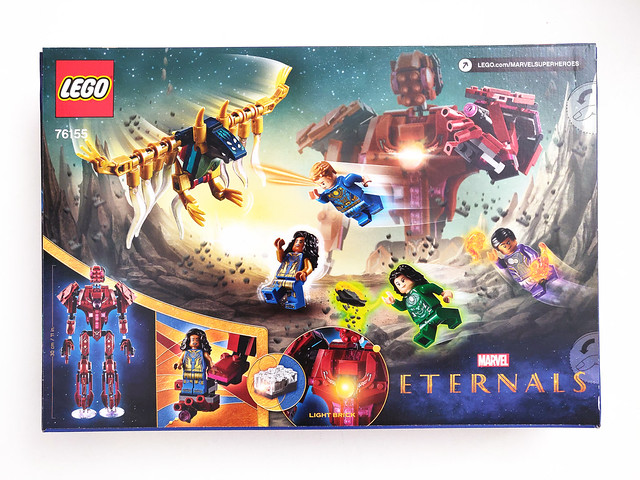 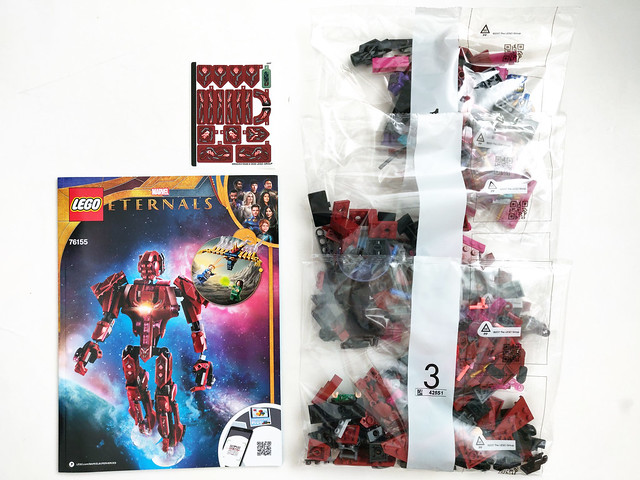 There are four minifigures in this set, Ajak, Kingo, Ikaris, and Sersi. Ajak has on a blue outfit with some metallic gold robe printing going down the torso into the legs. She has a double-sided head with a smile on one side and an angry expression on the other. Her accessory is sort of a naginata. 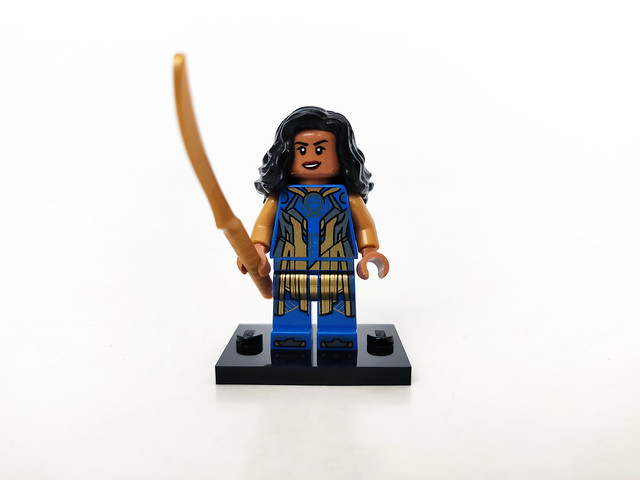 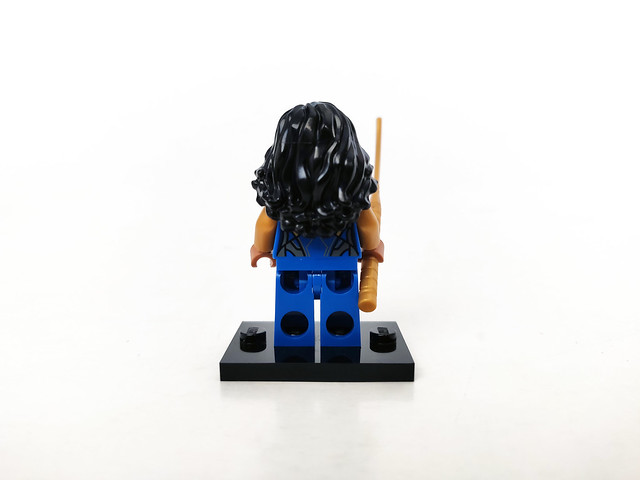 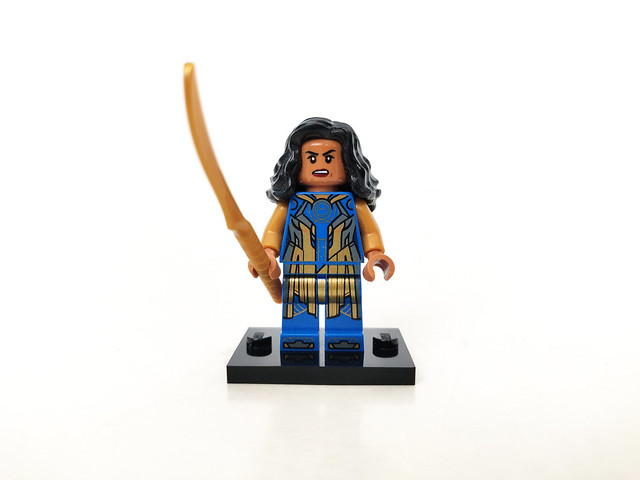 Kingo has on a purple outfit with the circular designs that all the other Eternals have. He also has a double-sided head with a smile on one side and a questioning expression on the other. His accessories include a pair of trans-orange Power Blasts. 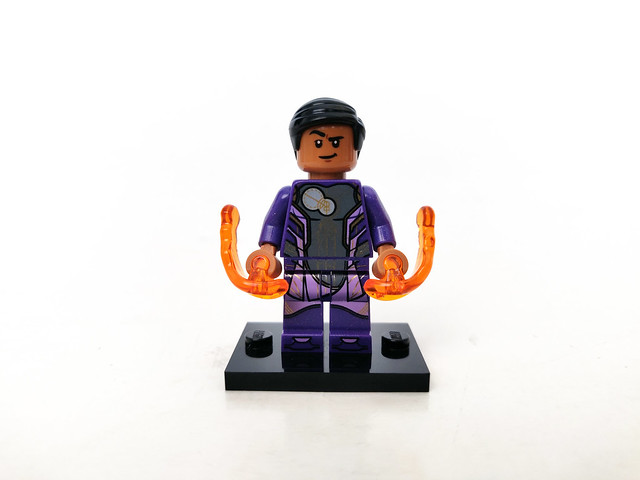 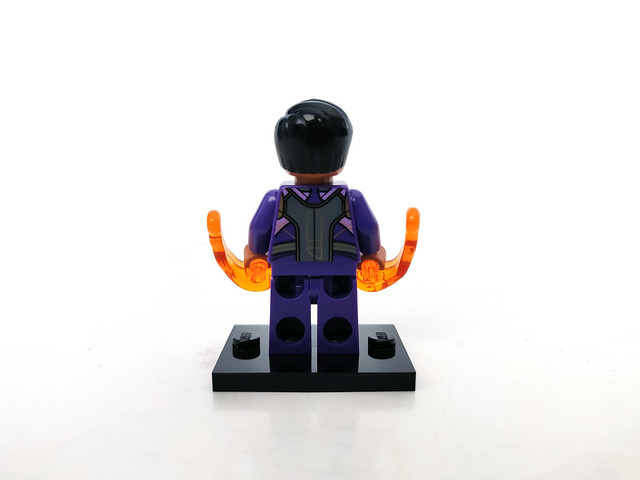 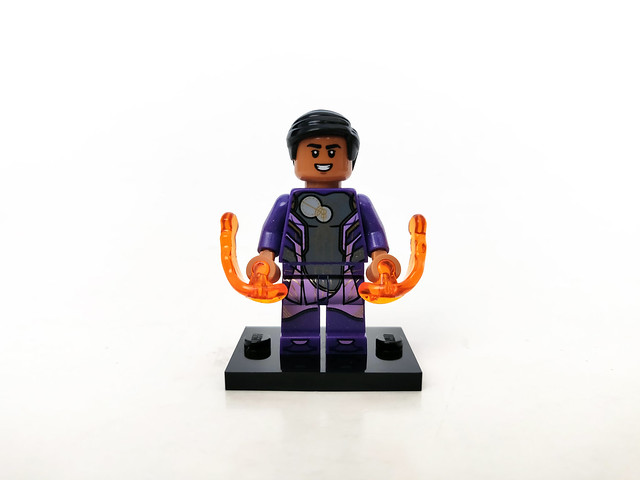 Ikaris has been seen before in the Eternals’ Aerial Assault (76145) and the design of his outfit is exactly the same as in the other set. Again, I do like the striking metallic gold details against the blue on both sides of the torso and legs. His double-sided head shows him with a smile on one side and an angry expression on the other. 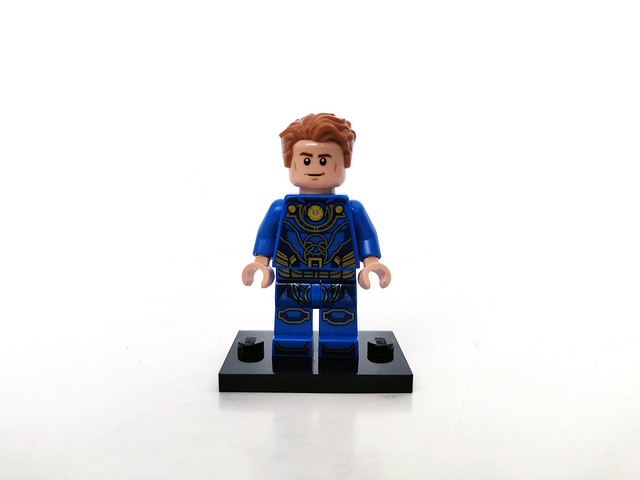 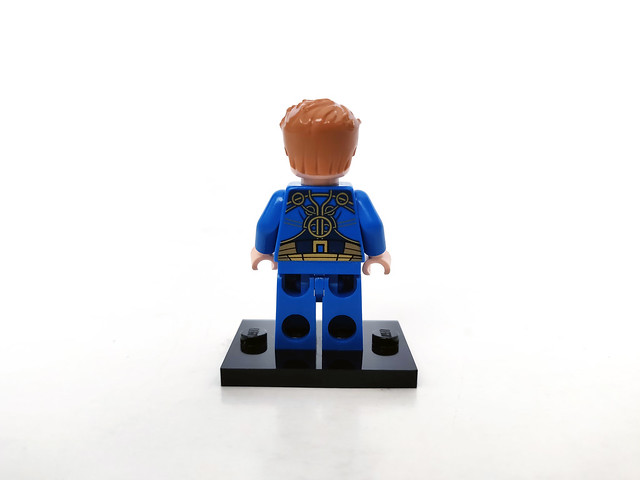 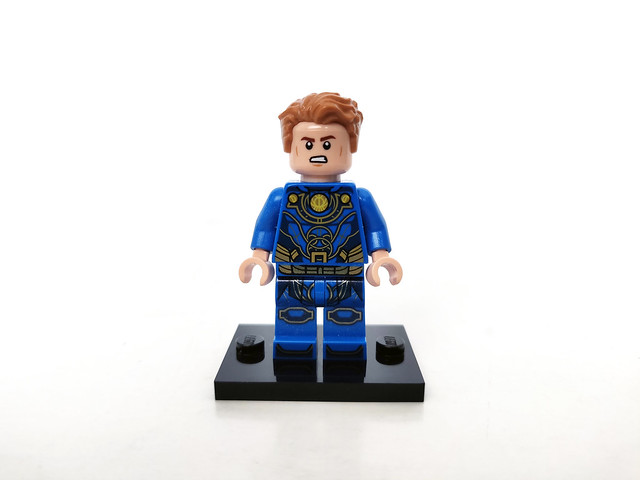 Lastly, we have Sersi who has on a green outfit with a highly detailed torso and legs. Her double-sided head shows her with a smile and a stern look. 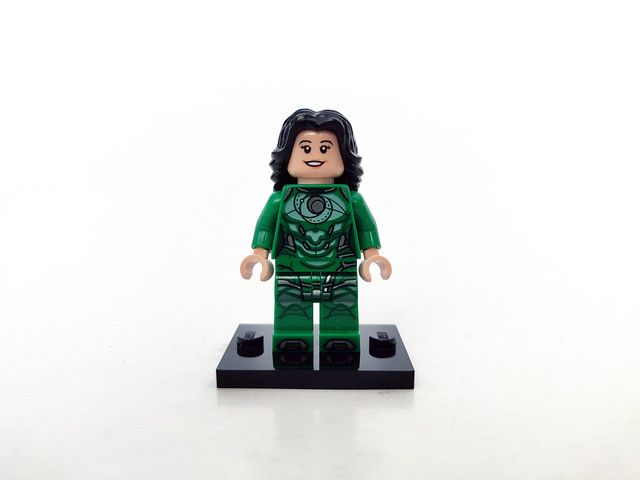 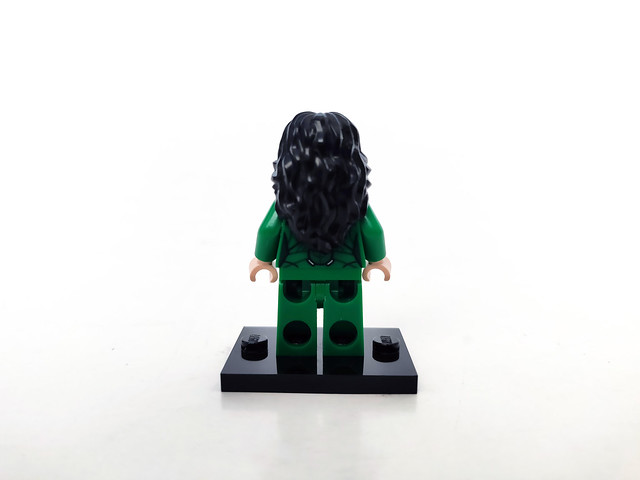 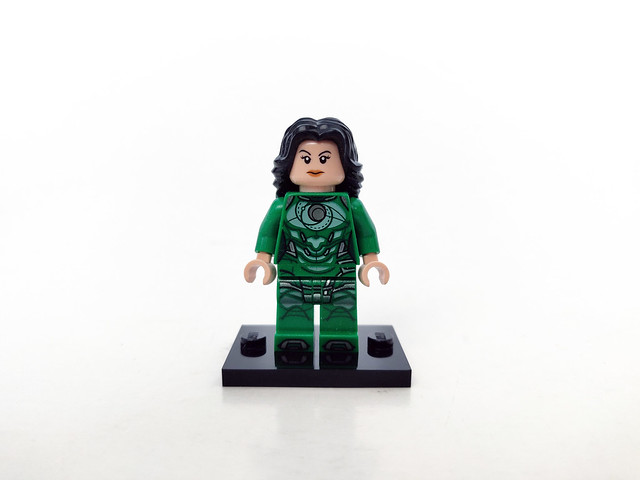 There are actually two build in this set. The first build is a small Deviant bat. The color scheme is similar to other Deviant in the wave with the dark blue, pearl gold, dark red, and sand green. The head and legs have slight articulation but the wings are in a fixed arm-stretched position. They do use the new glitter curved sword pieces and there’s eight of them on the wings and one for the tail. Lastly, there’s a sticker for detailing on the body. 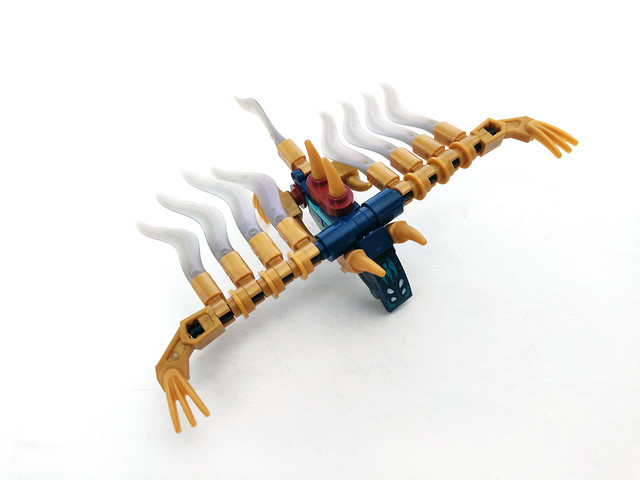 Before I get to Arishem, I want to preface that we really didn’t get any good looks of the Celestial aside from the few seconds that was shown of its head in the trailer. I’m not sure how much information the LEGO designers got from Marvel but the end result is a mixed bag. 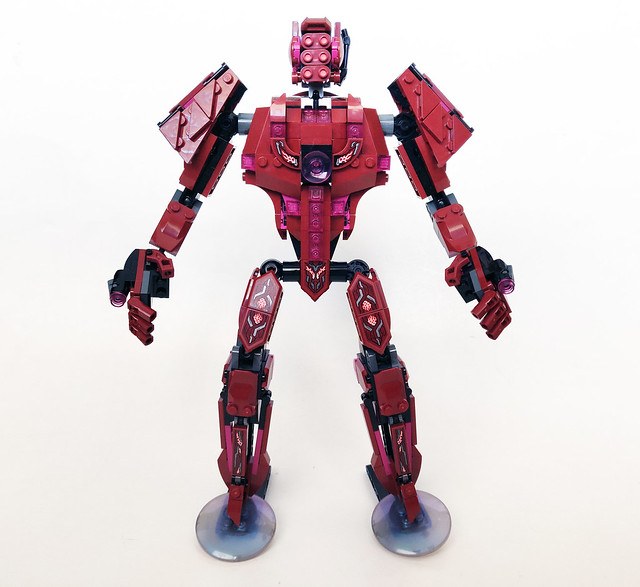 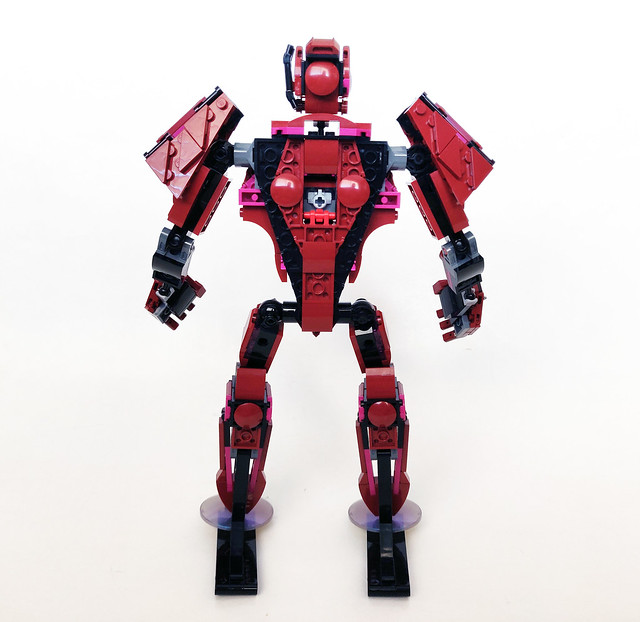 You begin with the torso that has a dark red color scheme with trans-pink for contrast. The shoulder and leg joints are are click hinges so there’s somewhat limited motion in those areas. There are a number of stickers for the detailing. On the back, you can press the light brick to shine an orange light through the front of the torso. 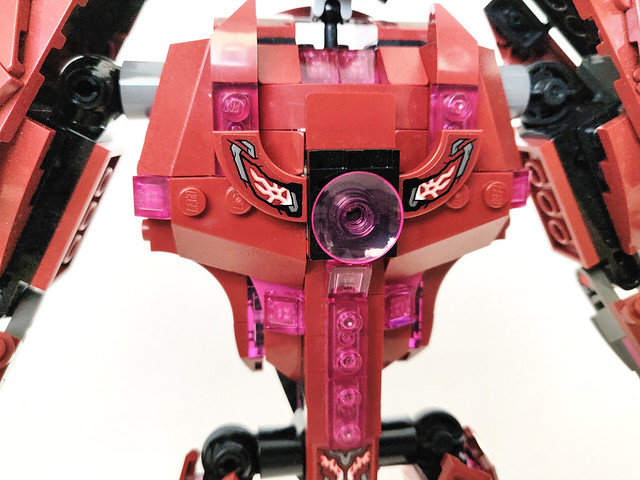 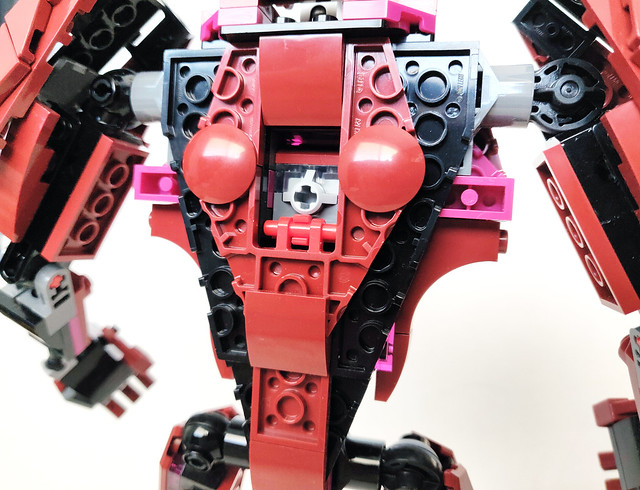 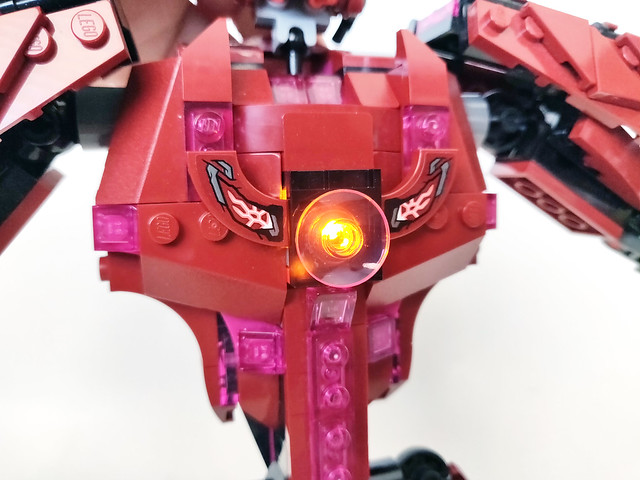 The legs are next and they’re pretty skinny. Like with the torso, there’s a ton of stickers going down the legs which tries to show its organic muscles. I’m not sure if Arishem has actual feet in the movie or if he’s just levitating which is simulated by the glitter dishes. There are some Technic beams that go on the heels for some added support but they are hideous and doesn’t really match the rest of Arishem. 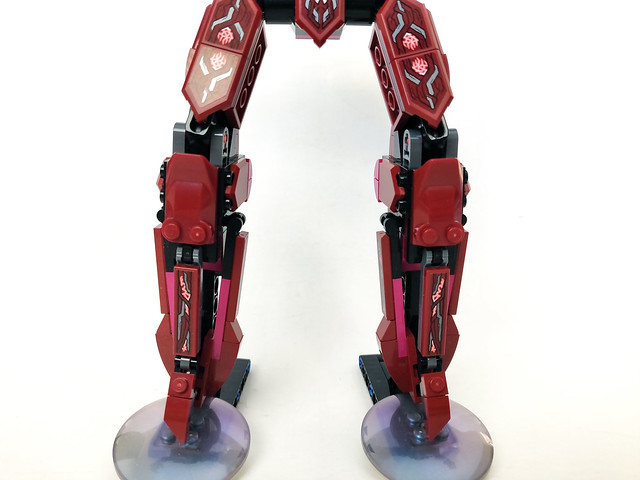 The arms are pretty standard and they use click joints for the shoulders and ball joints for the elbows. The fingers on the hands use some dark red bars with handles so there is some articulation on it. On the hand, there are some stud shooters for additional play. The shoulders have some large pauldrons on hinges to give it some bulkiness. It has similar detailing as the rest of the body. 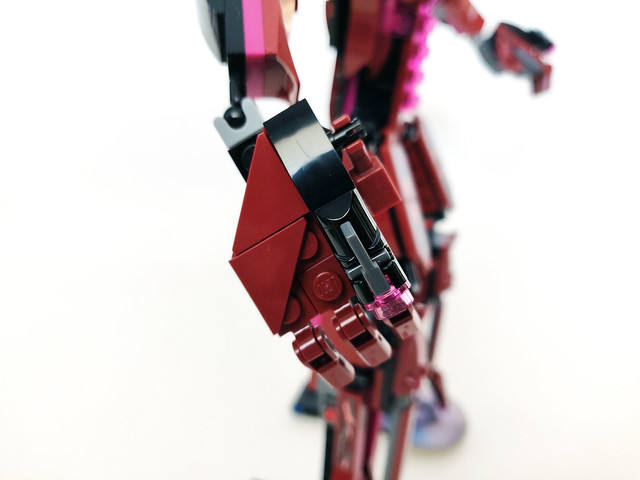 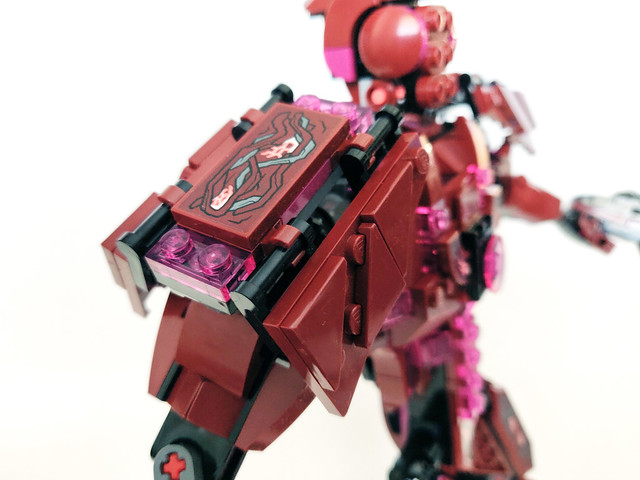 Finally for the head, it is also ball jointed and the face has six “eyes” which are actually pink hose pieces. 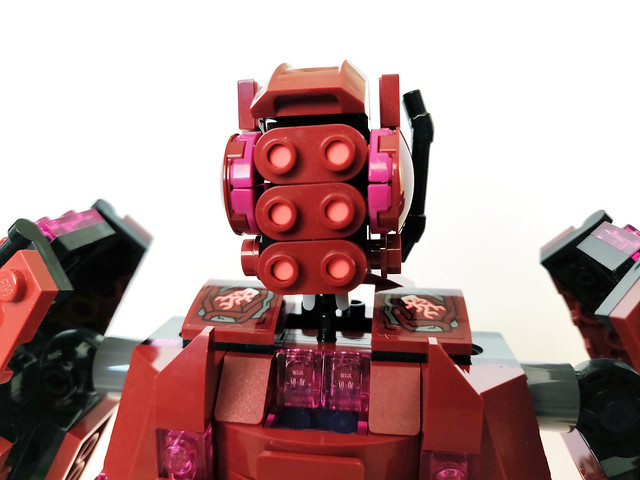 As with much of the LEGO Eternals, In Arishem’s Shadow (76155) doesn’t really do it for me. First off, we don’t really get a good full look at the Celestial from the trailers and we’ll have to wait until November to actually get a good look at it. In some side news, the Funko Pop of Arishem does show it with a dish at the legs so there may be something floating going on with it. The Deviant bat seems to be a throw-in and the parts for it could have been better used for Arishem to make it bulkier. The minifigure selection is nice but there are only two exclusive ones in this set. Unless the movie gives us a reason to get this set, I would wait until a big sale to pick it up. 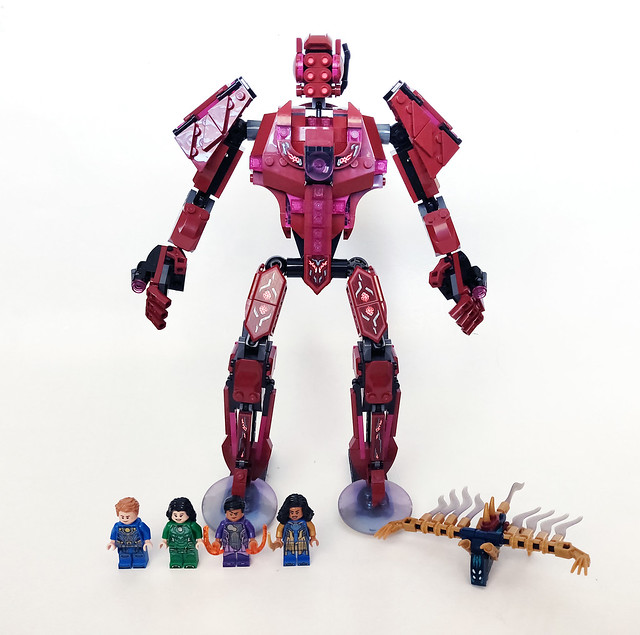 As an Rakuten/Linkshare Associate I earn from qualifying purchases.