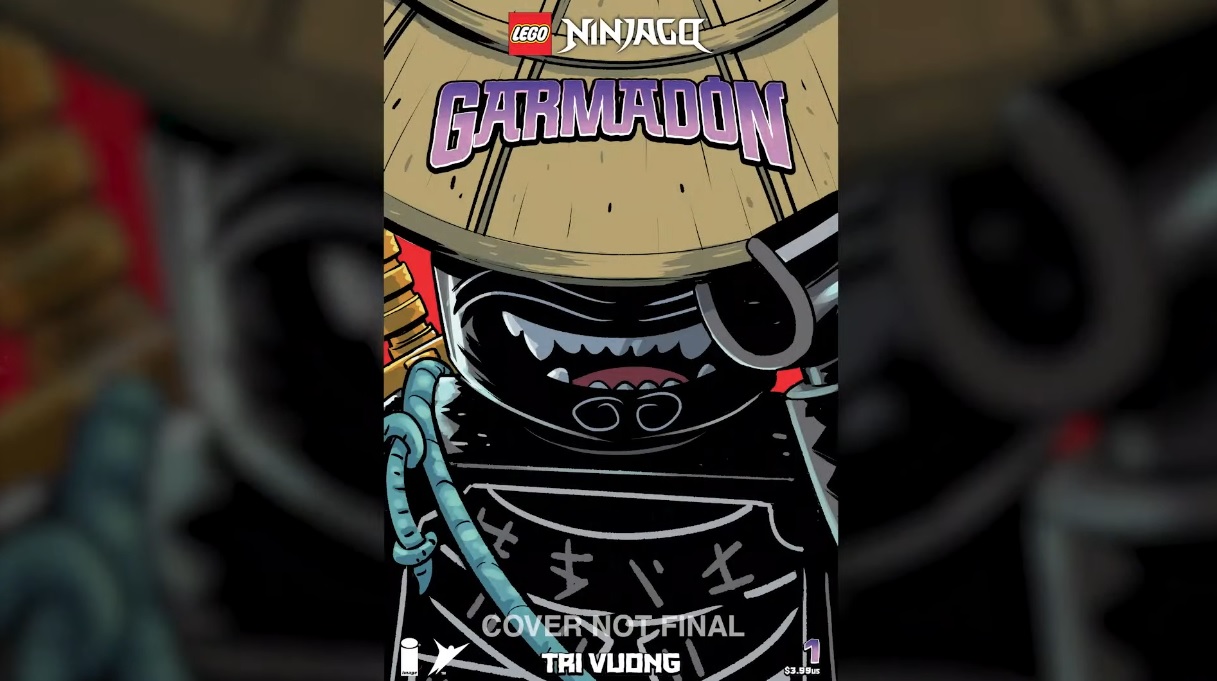 LEGO and Skybound has officially announced the LEGO Ninjago comic book series that will be releasing in April 2022. The first of a five part series will be Garmadon #1 and it will be in comic book stores and on Amazon Kindle, Apple Books, comiXology, and Google Play on April 6, 2022.

The first issue will focus on Lord Garmadon after his disappearance and coming back to Ninjago City. The synopsis is fairly stil vague but we’ll see what happens with the story next spring. We do know during the Skybound panel that the comics will be canon to the LEGO Ninjago universe.

A New Chapter in The LEGO® NINJAGO® Saga Begins April 2022

This is the first LEGO® branded comic book series release from the landmark partnership between multiplatform content company Skybound Entertainment and global children’s book publisher AMEET, with additional top-secret new series to be announced in the coming year.

“When it came to our first LEGO® comic book series launch, we knew it had to be full of action, adventure and heartfelt drama. Everything that’s made the LEGO® NINJAGO® franchise so iconic,” said Sean Mackiewicz, Senior Vice President, Editor-in-Chief at Skybound Entertainment. “We’re excited to expand the official NINAGO mythos in partnership with our friends at AMEET and the LEGO Group to bring you the grand return of the bad guy you love to hate—Lord Garmadon!”

Far away from Ninjago City, a village is terrorized by a mysterious new threat when they’re saved by a stranger with incredible powers known as… Garmadon, Lord of Destruction?! Has Garmadon turned
over a new leaf since his disappearance, or is this just the first step in his master plan of finally defeating Master Wu and the ninja forever?

“It’s been such a great opportunity to play within the LEGO universe,” said writer/artist Tri Vuong. “The LEGO® NINJAGO® franchise has all the qualities that I love in a story; action, adventure, humor and
compelling characters. In our new series, we’re paying homage to the LEGO® NINJAGO® franchise while expanding the mythology with new stories on this beloved property.”

LEGO® NINJAGO® GARMADON #1 (of 5) will be available at comic book shops and digital platforms including Amazon Kindle, Apple Books, comiXology, and Google Play on Wednesday, April 6, 2022.