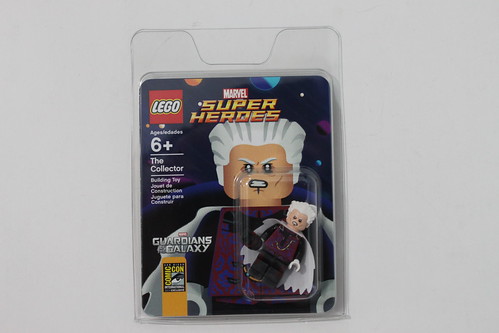 For today at San Diego Comic Con 2014, LEGO was giving out the Marvel Super Heroes Guardians of the Galaxy The Collector as the exclusive minifigure. First seen at the end of Thor: The Dark World played by Benicio del Toro, he receives the Aether from Sif and Volstagg to keep in his collection.

As you can see, the minifigure does have a somewhat similar look to Benicio del Toro with a stern look on one side and an angry look on the other. He has a maroon leaf-patterned with a chain in the front torso. The back also has some of the leaf patterns as well. He wears a white cape to represent his fur cape from the movie. The legs has some of the patterns with some maroon details on the lower leg areas. Finally, he also has some black and trans-red studs to maybe show the Aether.

Like with the Bard the Bowman minifigure from yesterday, the insert inside the clamshell packaging opens up to show a mini portrait of The Collector.

Tomorrow’s minifigure giveaway will be the Batman of Zur-En-Arrh so hopefully I’ll be able to win one too and keep the winning streak going. 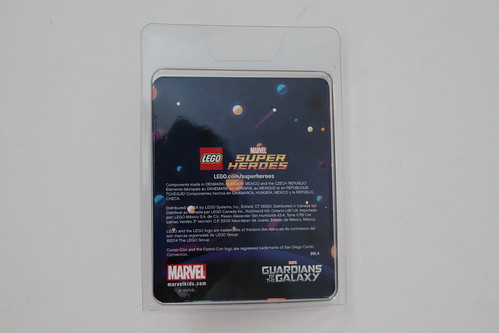 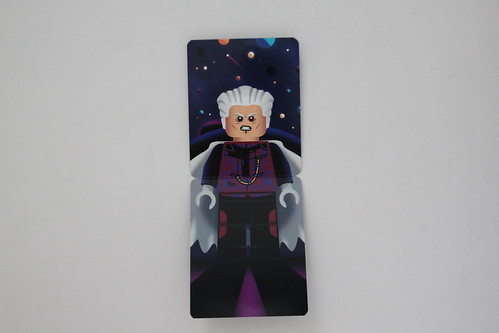 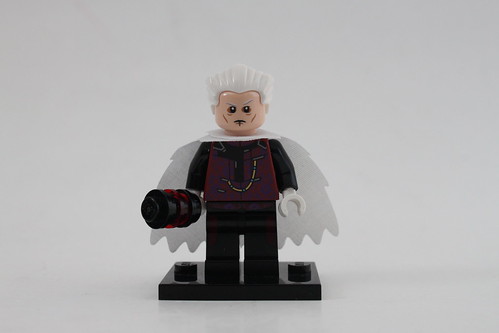 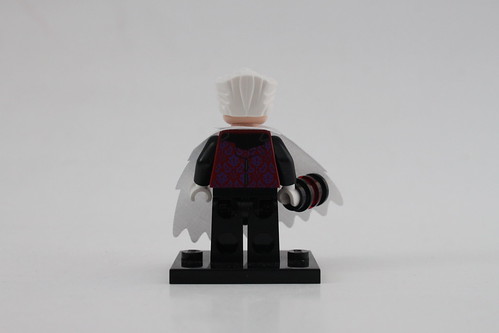