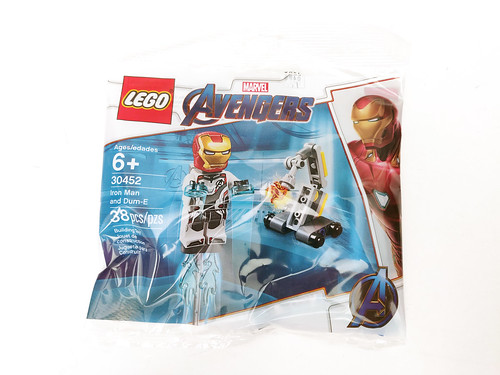 Avengers: Endgame comes out in a week and the LEGO Marvel Super Heroes sets are already available including a new polybag called Iron Man and Dum-E (30452). Although not exclusive to Walmart, the polybag can be found there for $3.99. You can use Brickseek to find stores near you that have it. The polybag has 38 pieces and it features Iron Man and his robot assistant Dum-E (Dummy).

For the Iron Man minifigure, it shows him with the white Quantum Realm suit. This version of Iron Man is currently exclusive to this polybag so if you want to complete all the Avengers with the suit, you’ll have to get this polybag. I do like the carbon fiber look on the front and back of the torso. His head shows him with a confident look on one side and the other shows him with the blue heads-up display. His helmet is the normal red and gold one that we’ve seen before. His accessories include some hand thrusters which are some 1×1 round trans-light blue tiles as well as some trans-light blue flames for the thrusters on the legs. He attaches to a trans-clear stand to make it seem like he’s flying. 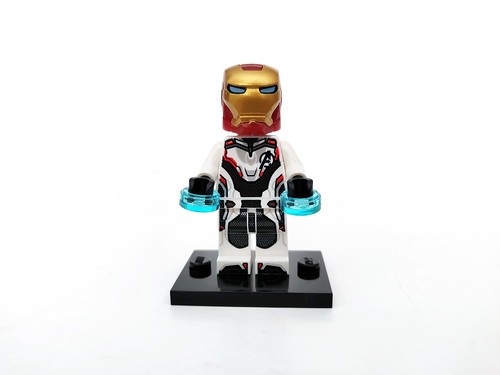 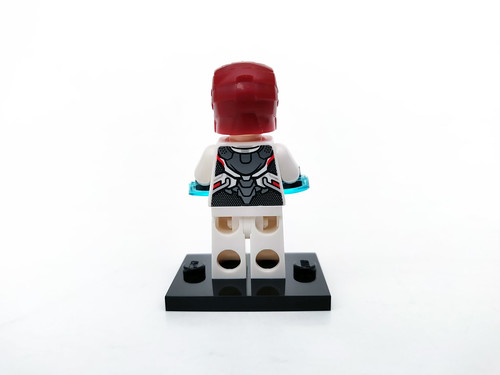 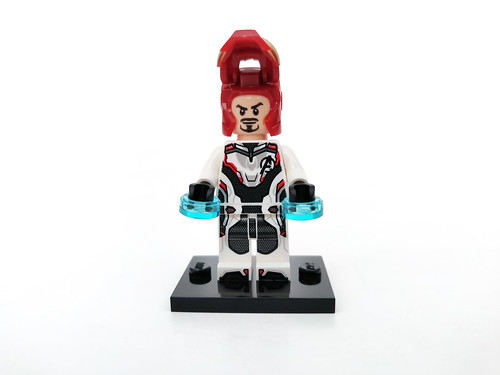 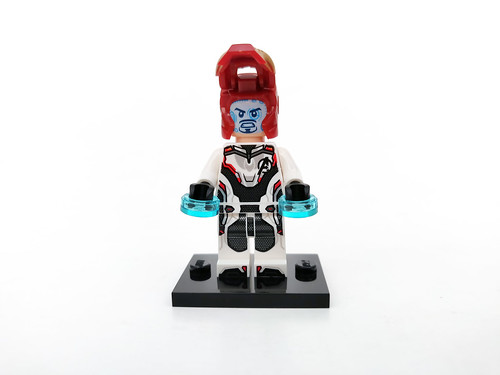 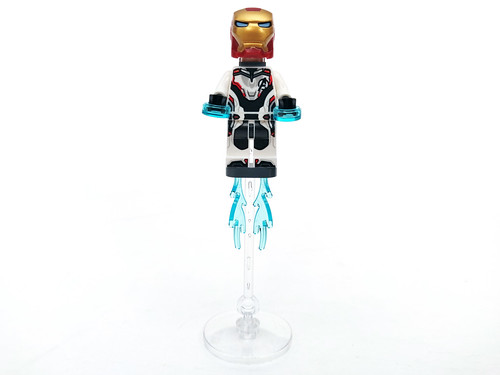 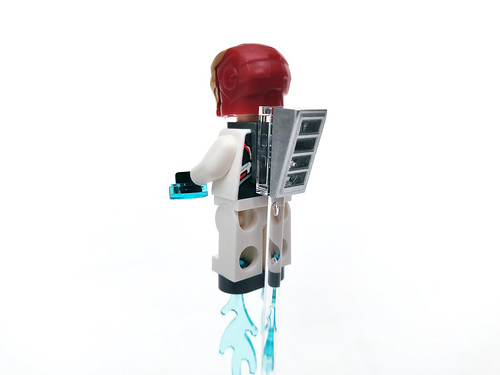 As for Dum-E, it’s a very simply build that uses some Technic beams for the rolling treads. The arm is basically a 1×2 plate with hinges that the clip holds on to. At the end of the arm, there a flame. 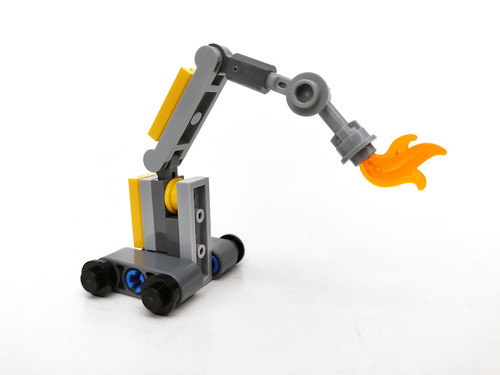 Overall the Iron Man and Dum-E (30452) polybag is a good one but people will mostly get it for the exclusive Iron Man minifigure as you do need it to complete the lineup. 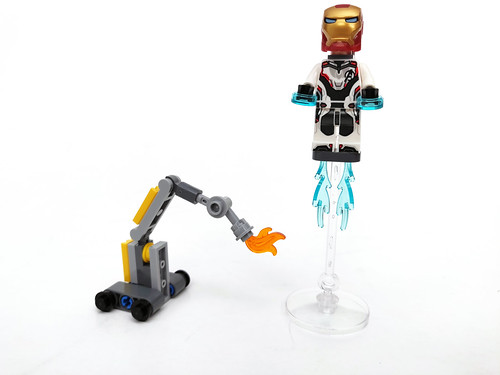