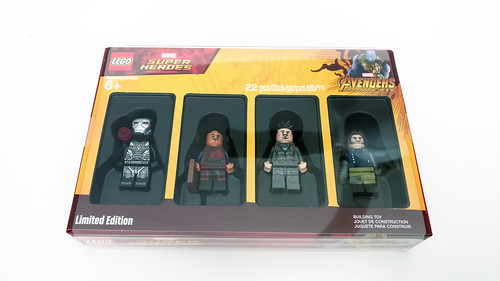 As we get ready for Avengers: End Game, LEGO will soon finally be releasing the LEGO Marvel Super Heroes Bricktober (5005256) minifigure collection as part of an upcoming promotion. If you collected and built the Infinity War sets, you may have noticed that some characters were missing from the lineup. Fortunately, they finally showed up in the Bricktober set, but for the US, this set was never released. Thanks to LEGO, we’ve gotten our hands on this minifigure set a little early to check out. 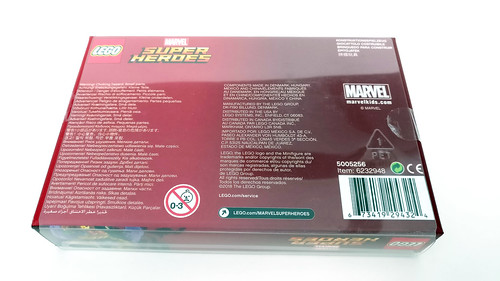 First up we have War Machine in the Mark IV armor. This is probably my favorite minifigure of this set simply because of the design. The color scheme is mainly black and metallic silver with splashes of red. This design also goes down to the legs as well. 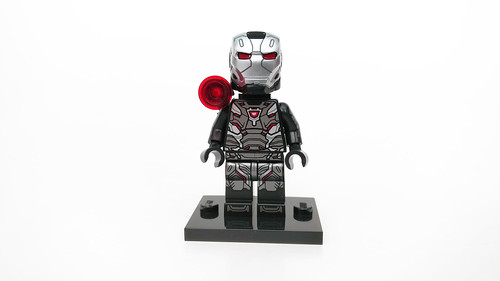 The sides of the arms also have some additional printing with the letters D04 on one side and a star on the other. 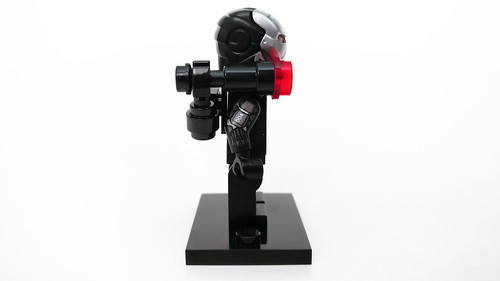 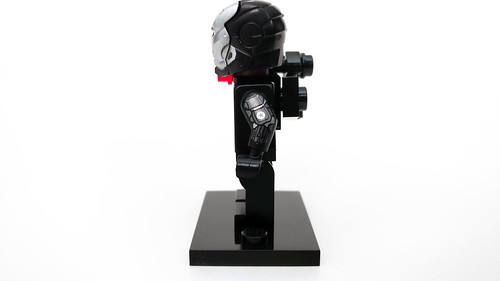 The helmet is able to open up to show James Rhodes’ faces. One side shows him with a happy expression and the other shows a red HUD. 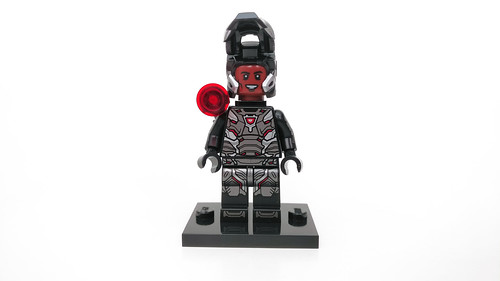 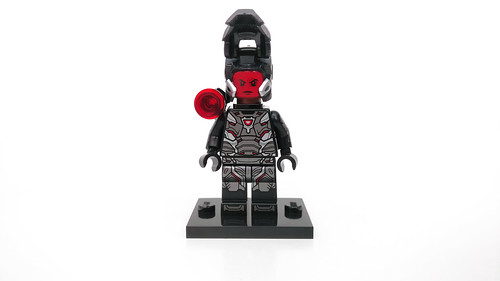 Finally he has a neck bracket to fit his minigun. 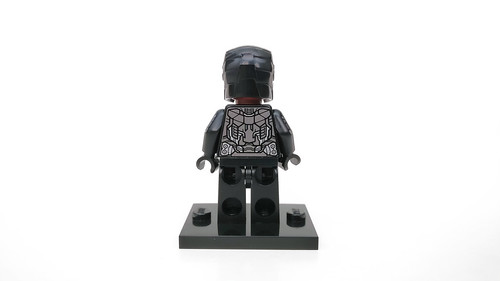 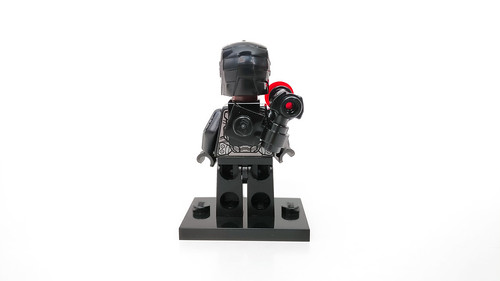 Next up, we have Wong who was notably missing from the Sanctum Sanctorum Showdown (76108). He wears a dark red robe with a dark blue shirt. The printing continues down to his legs. He only has a single-sided head which shows him with a stern look with a moustache. This accessory is a printed 2×2 tile of the Book of Cagliostro. 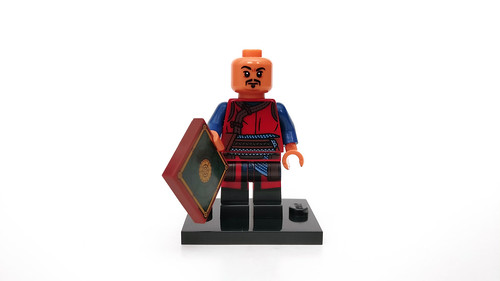 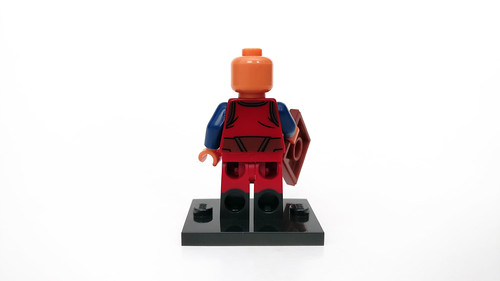 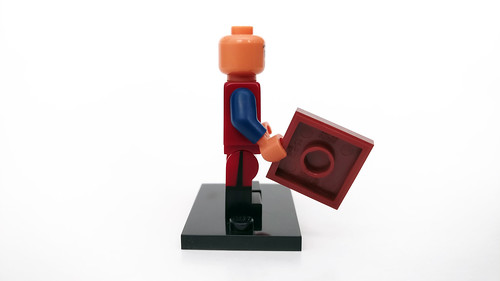 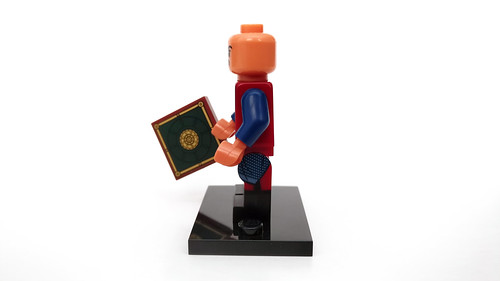 The third minifigure in this set is Tony Stark. For this version of him, he wears a gray tracksuit hoodie although the one shown in the movie is a darker color. The front and back of it shows some camouflage printing and the middle of the chest shows the nanotechnology for his Mark L armor. He has a double-sided head with a confident look on one side and a scared look on the other. 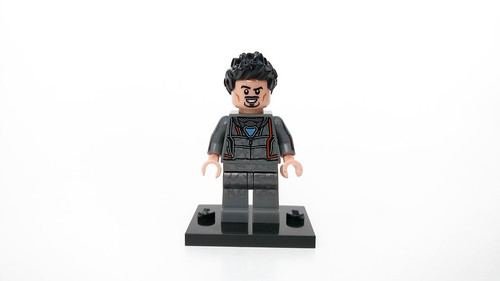 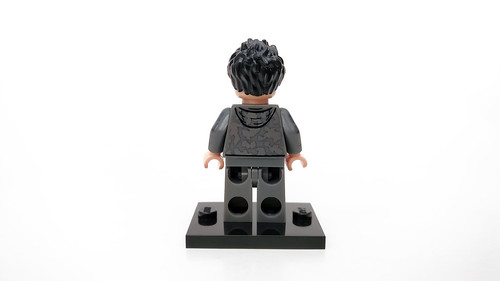 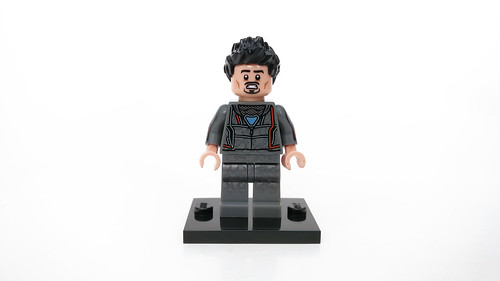 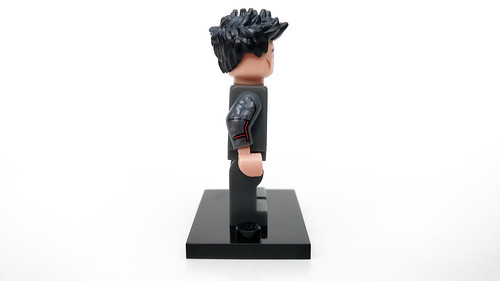 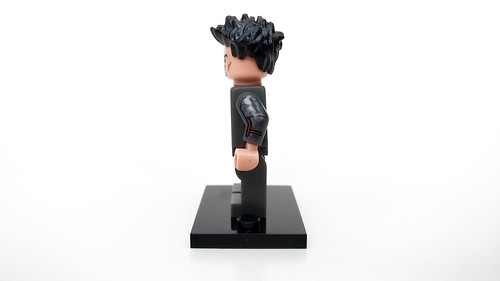 Finally, we have Bucky Barnes, aka Winter Soldier, aka White Wolf. He has on a dark blue jacket with with some olive green pants. I’m not sure of the color choices here as Bucky had on a much darker outfit in the movie. He does have a double-sided head with a stern look on one side and an angry look on the other. 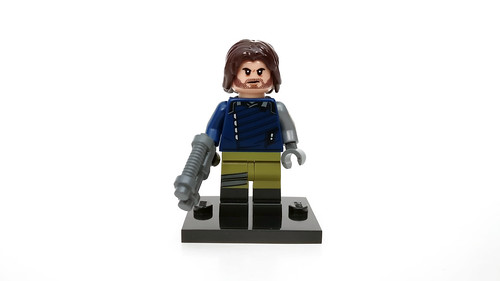 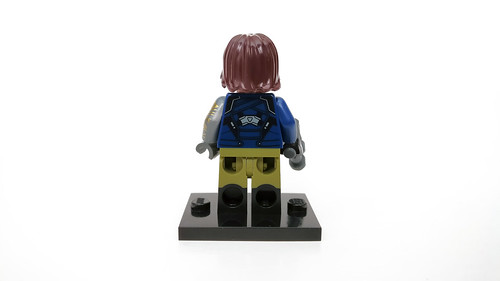 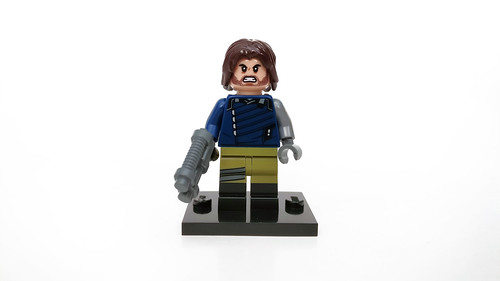 The highlight here is his prosthetic arm which is pearl silver with some metallic gold designs. 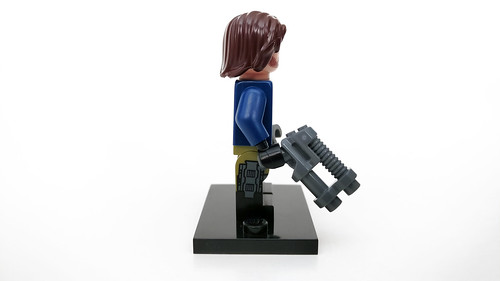 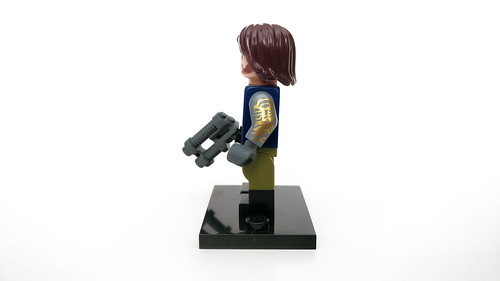 Overall, the LEGO Marvel Super Heroes Bricktober 2018 (5005256) is a must own for Marvel fans, especially for those who have been waiting for this set to come out. Early rumors are that it will be available with purchases of $75 or more and the promotion will run from March 1-7. I’ll have to confirm that tonight when [email protected] rolls over to a new day. 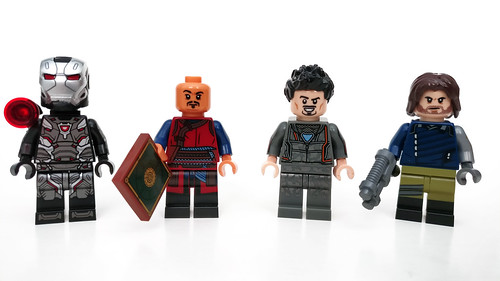