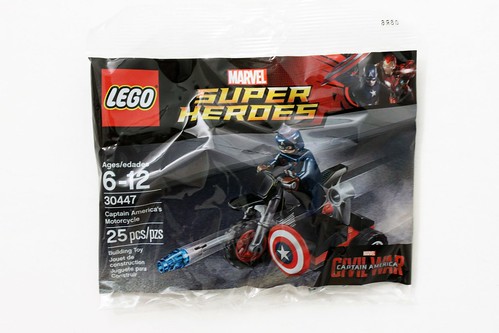 If you followed one of my previous posts, you would’ve probably found the LEGO Marvel Super Heroes Civil War Captain America’s Motorcycle (30447) polybag at Toys R Us. It contains only 25 pieces and retails for $3.99. This is also the exact same polybag that will be included in a LEGO promotion from May 27-30 for spending $35 or more.

This version of Captain America has been in a few sets including the Avengers: Age of Ultron sets as well as a couple of the Civil Wars sets but this is the cheapest way to get the minifigure. 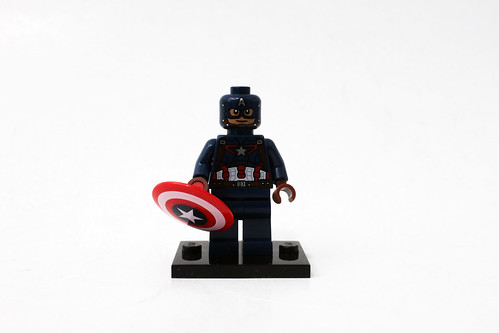 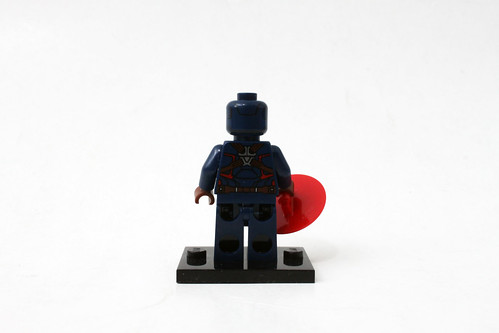 The black motorcycle frame is fairly rare as it has only been in two other sets. The motorcycle also has a small sidecar which has a flick-fire missile attached to it with a small clip. The front of the sidecar has another clip to slide Captain America’s shield in. 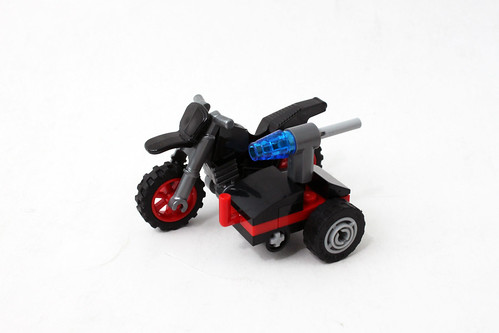 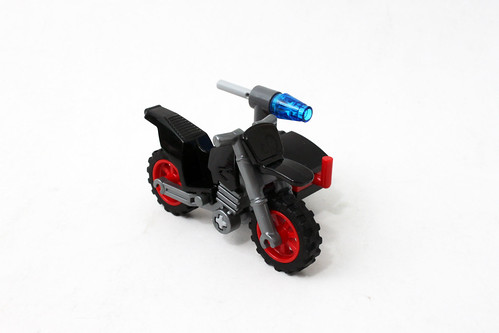 For what you get with the LEGO Marvel Super Heroes Civil War Captain America’s Motorcycle (30447) polybag, it’s definitely worth looking for at Toys R Us especially if you collect the Super Heroes sets. I would totally spend $4 for it instead of spending $35.

It’s also a little strange that TRU is selling the polybag ahead of a LEGO promo in the same month because that usually doesn’t happen, especially here in the US. If you’re searching for it, the item number is #396626. If the polybags are not on the floor, they’re probably behind a counter somewhere or in the back of house. 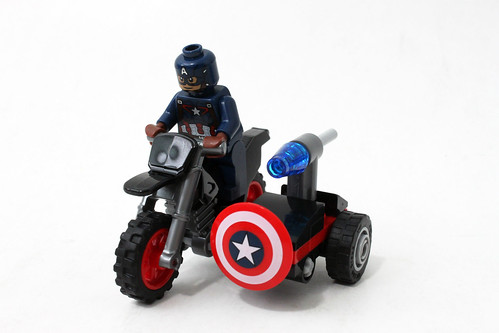