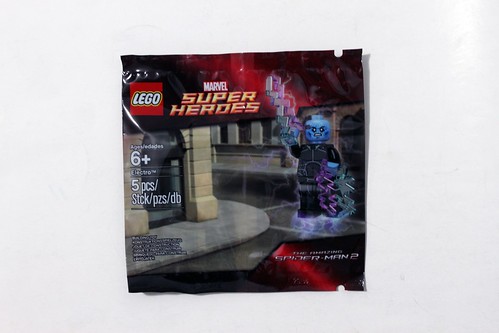 I’m back with a review of a newly released item that’s been elusive since last year. The LEGO Marvel Super Heroes Electro Minifigure Polybag (5002125) was first seen back in October at LEGO Kidsfest Virginia but it has recently been more widely available at Toys R Us stores as part of a promotion last week as well as being individually purchased for some for $3.99.

but this version of him is based on The Amazing Spider-Man 2 movie from last year which is loosely based off the Ultimate Marvel incarnation.

The whole Electro minifigure alone is exclusive to this polybag. The only thing that’s not exclusive is the lightning pieces that we’ve seen included with other sets. The torso and legs which is of a dark gray and black color scheme very closely resemble the suit from the movie. The head and hands are a light blue color and the face itself has an angry expression. 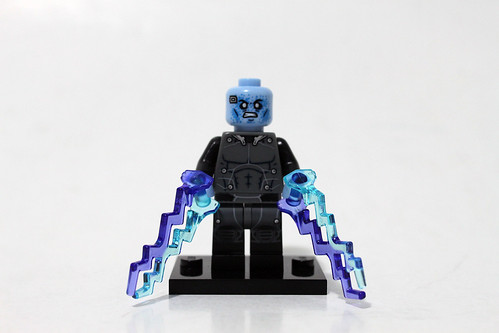 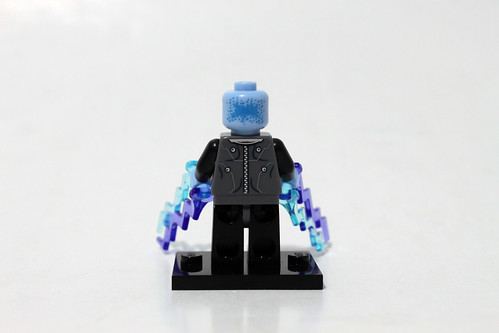 If you can find LEGO Marvel Super Heroes Electro (5002125), it’s worth picking up since this is the only way to get this particular minifigure. There has still been some Toys R Us stores that still don’t have it yet even though there was in-store only promotion for it in the US last week. You can also have them check the item number 238428 to see if they have any laying around in the warehouse or at nearby stores. 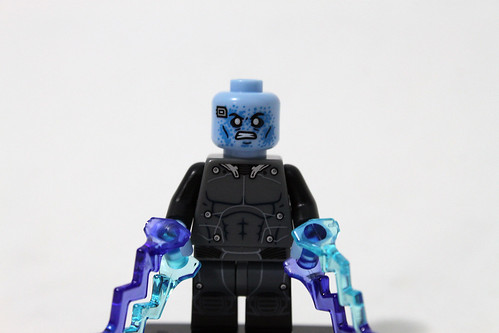