Toys R Us has recently released some of the Summer 2015 LEGO City sets and I managed to get a couple of the sets, more particularly, the Space-themed ones. My first review of these sets is the Utility Shuttle (60078)

. The set contains 155 pieces and retails for $24.99 which is a paltry $0.16/piece ratio. The contents of the box includes two numbered bags, one instruction booklet, a small sticker sheet, and a loose nose piece. 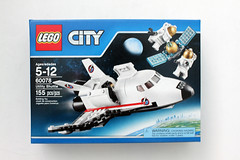 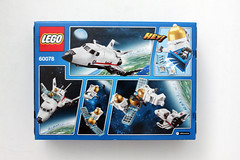 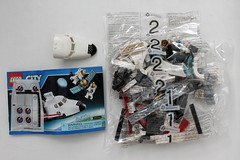 There are two astronaut minifigures included in this set, one male and one female. The torso has some very nice printing with the City Space logo on the front and back. The legs are just plain white. Both astronauts also wear the helmet and air tank piece with a gold visor. One of the minifigures has a wrench as an accessory. 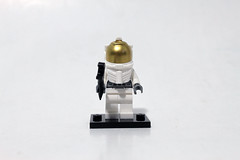 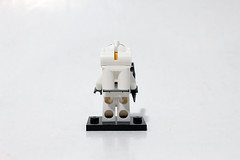 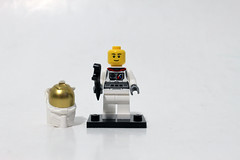 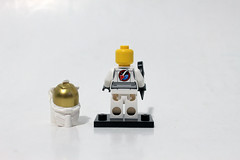 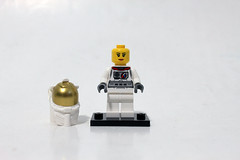 The building of the Utility Shuttle is pretty straightforward with the base first. What’s neat about the shuttle is that it’s not empty looking inside. There are five 1×2 printed computer tiles as well as a 2×2 45 degree slope brick with flight control patterns. There’s enough room for seating for both astronauts as well as the brick-built satellite. The satellite has stickers on each of the blue panels.

On the shuttle exterior, there are a few stickers on the front sides of the cockpit nose area as well as some on the fins and solar panels on the back. The tail fins and the ends of the wings are on hinges so you can rotate them if you desire. The shuttle nose is able to open up so you can put the minifigures in easily. There’s also some cargo bay doors that open up for the satellite. 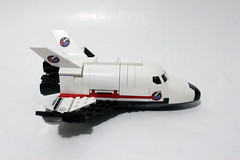 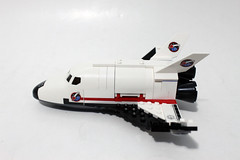 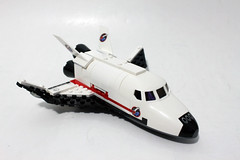 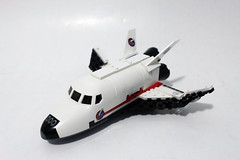 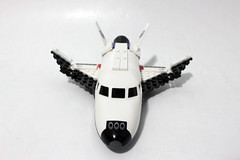 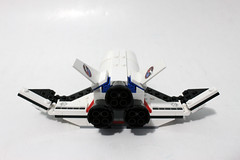 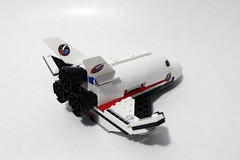 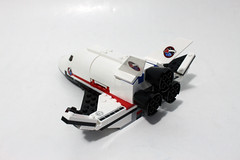 Overall, I really do like the look of the Utility Shuttle (60078). It has a similar look as the Space Shuttle (3367) from 2011 but a bit smaller. The other set had only one minifigure while this new shuttle has two. There are some play features like the satellite but there is also the swooshability factor which makes the Utility Shuttle a nice set to pick up. The size of it kind of reminds me of the Dream Chaser spaceplane. 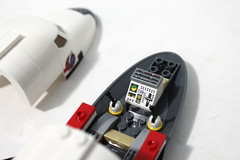 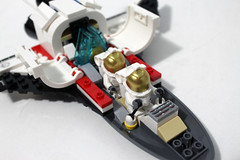 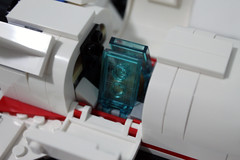 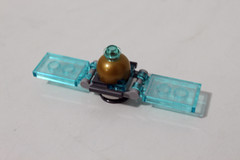 Despite the positives of the set, there are a few things that I didn’t like about it. One is the lack of wheels for it. It would’ve been nice to have some wheels to make it liftoff from the ground because right now, it just seems that it’s in the air forever with no ability to land. The other thing I didn’t really like about the set is the price. The reasoning for the higher price is probably because of the larger mold pieces for the front of the shuttle which is understandable and the inclusion of two minifigures.

Other than that, I do recommend picking up the Utility Shuttle (60078) if you’re a Space fan. It doesn’t officially release until June 1 but Toys R Us and even [email protected]

has it available for purchase early. 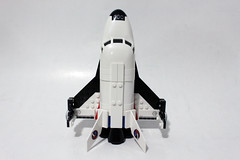 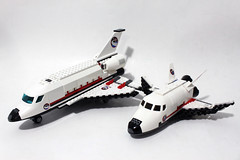