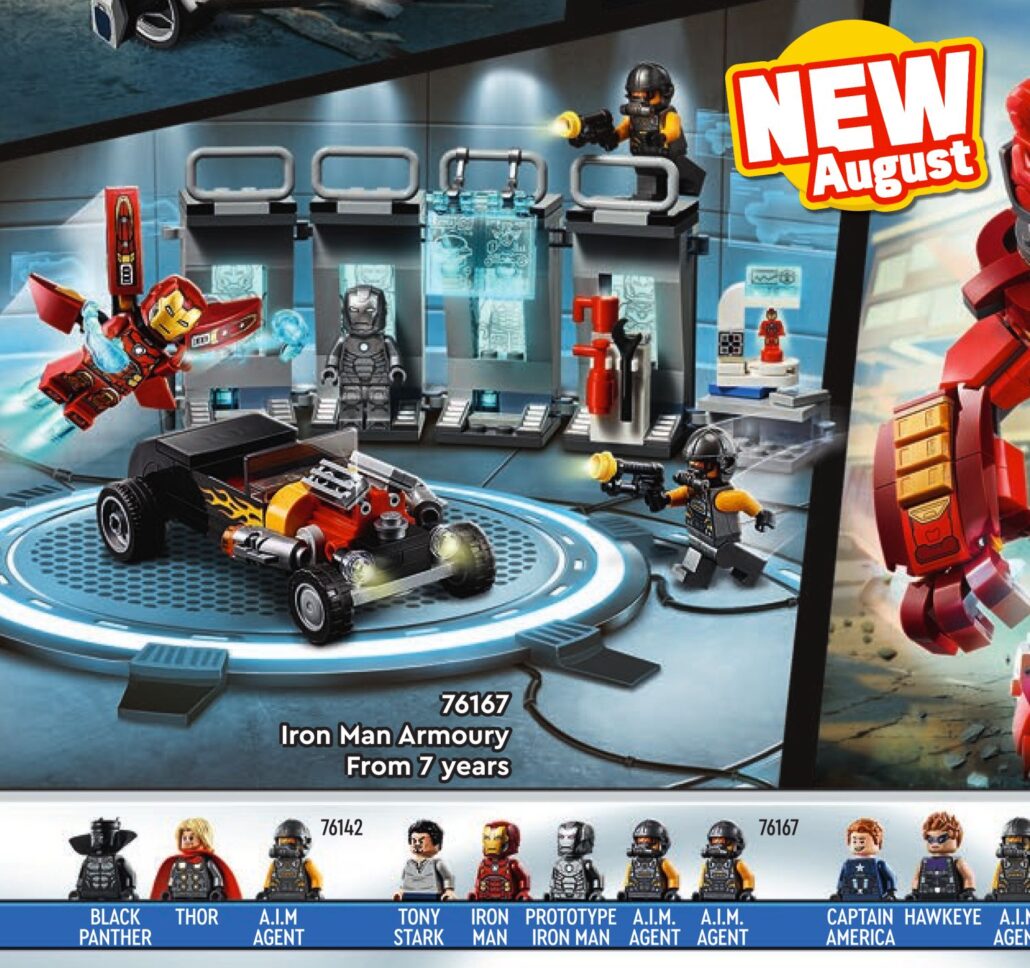 The LEGO 2HY catalogs for around the world have been released and there’s a new LEGO Marvel Super Heroes set that has been revealed with the Iron Man Armory (76167). The Australian catalog shows a new addition to the existing Iron Man Hall of Armor (76125) from last year. This new set is in reference to the first Iron Man movie with the workshop and the hot rod in which Iron Man’s suit color is based off of. The minifigures included in the set are Tony Stark, Iron Man, Prototype Iron Man, and two A.I.M. Agents.

I know fans have been waiting for a new set to add to the Hall of Armor and many have recreated their own ones using multiples of the current set. It’s cool to see LEGO finally adding some new things to it although it seems fairly small. No word on when it will be released here but I’m guessing either in August or September.