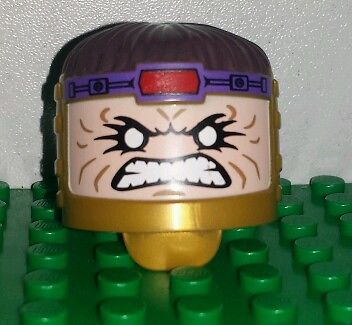 seller Votvik has posted an auction for M.O.D.O.K.’s head. You can clearly see a close-up of what he looks like and he is pretty much the exact same as the one in the LEGO Marvel Super Heroes video game. Notice the peg at the bottom of the head which connects to his vehicle, which is not included in the auction. M.O.D.O.K. is in the Hulk Lab Smash (76018) which is tentatively set to be released next Spring.