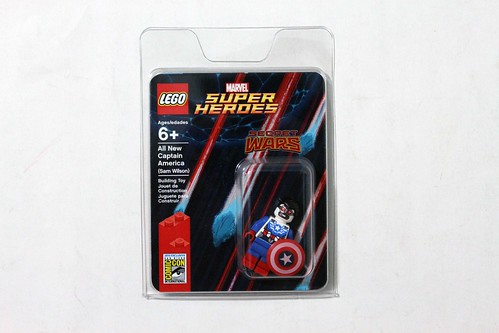 Like with the other SDCC LEGO exclusive minifigures, Captain America is packaged in the small clamshell with a piece of cardboard to show the background. The background itself has the Secret Wars logo with some meteors falling with the red, white, and blue. The bottom left corner does show “San Diego Comic Con International 2015 Exclusive” so this minifigure might not show up in future sets.

The Sam Wilson Captain America minifigure has some great printing throughout and there are many small details that make the minifigure a definite pick up. The torso is mostly blue with the white star and wings. The lower area of the torso has some red to round out the colors of the flag. The belt buckle is one of the details that stand out for me. The legs are blue and red with the red part being the boots that are half printed on the front, side, and back. The head is mostly white representing the mask Sam wears with some red goggles. One nice thing to note is that he has a double-sided head with a smiling expression on one side and a stern look on the other. The hair is the slick back kind. Finally, he has the shield as his accessory. When fans saw an image of this minifigure before SDCC started, they were slightly disappointed that he didn’t include any wings. I didn’t really mind that he did not include the wings.

The SDCC 2015 LEGO Marvel Super Heroes All New Captain America (Sam Wilson) minifigure is the one minifigure exclusive that I looked most forward to the most. Tomorrow will be the last day of the new exclusive sets with the LEGO BIONICLE Skull Scorpio Mask. There’s no word if there will be anything held on Sunday afternoon. 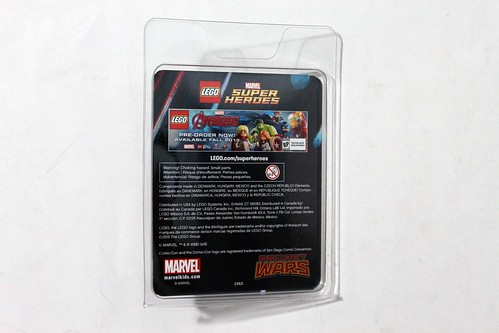 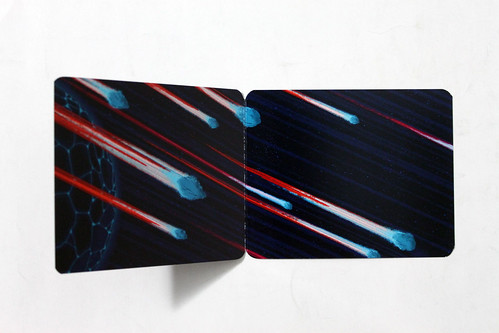 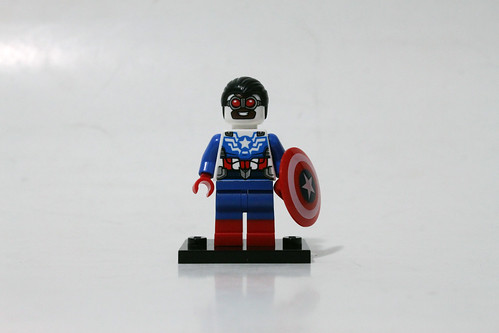 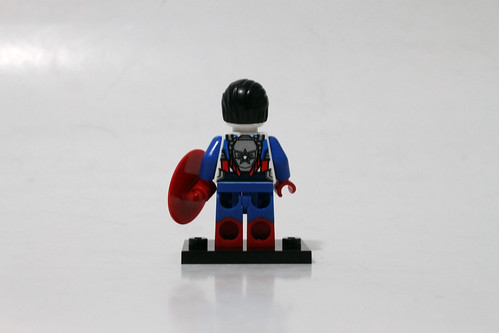 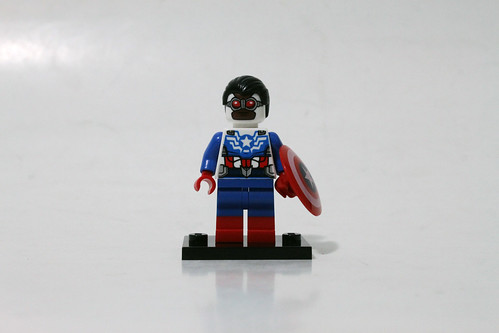