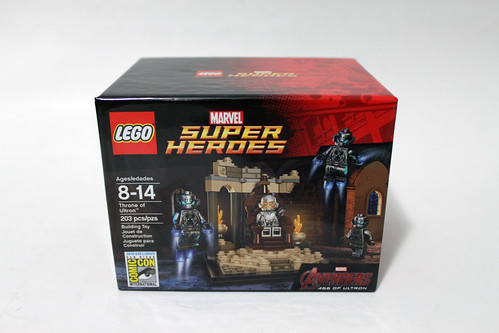 In my second review of the San Diego Comic Con 2015 exclusive sets, I have the LEGO Marvel Super Heroes Throne of Ultron that was sold to ticketed attendees on Friday. The set has 203 pieces and was sold for $40. This set recreates the brief scene in Avengers: Age of Ultron of Ultron sitting on his throne.

As with these LEGO exclusives, the Throne of Ultron set is packaged in a cube shaped box. The front shows the set itself with a nice looking background while the back has the set description. The box is taped up on the bottom with the number of the set on the sides. My particular box is 0692/1500. The contents of the box include a sealable bag of parts and the instruction booklet. 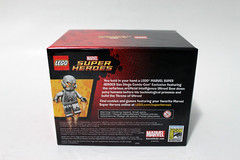 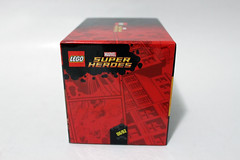 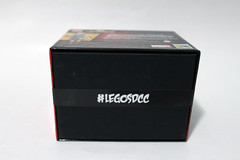 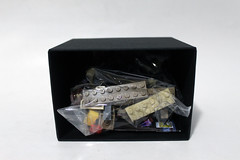 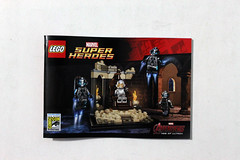 There are a total of four minifigures in the set: Ultron and three Ultron Sentries. The Ultron minifigure is the exact same one that’s in The Quinjet City Chase (76032)

which is the Ultimate Ultron version. 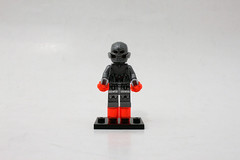 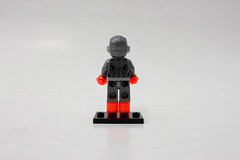 The Ultron Sentries are the same ones found in the Iron Man vs. Ultron (76029)

. The only thing that is different with them is that they also wear the dark gray neck brace piece 6104350 which is only found in The Hulk Buster Smash (76031) 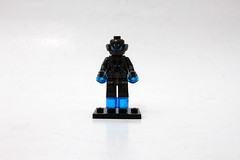 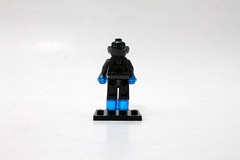 Like with the DC Comics Action Comics #1 Superman set, the vignette is 12×12 studs wide. Obviously, the main feature here is the throne in the middle of the room. There are tan steps that lead up to it from the front and sides. The throne itself is a simple looking one but the most interesting part of the build are the arms for it created by using flintlock pistols and the mechanical arms. 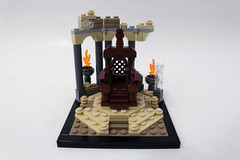 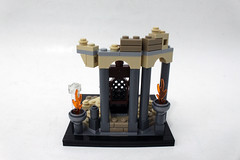 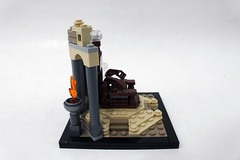 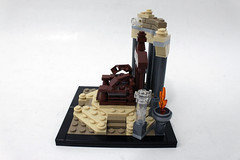 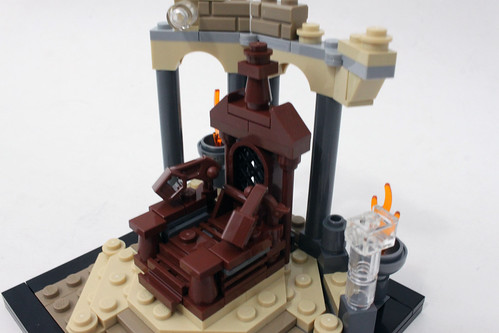 On the back side of the area, there are some columns from a broken down wall as well as a couple of fire pits. You may notice there are a couple of clear bricks in the area. These are for the Ultron Sentries to attach on to simulate them floating or flying. 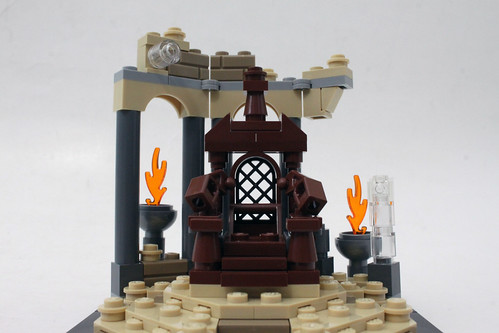 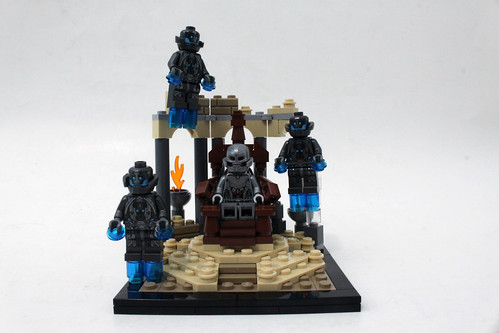 Overall, the LEGO Marvel Super Heroes Throne of Ultron is a decent set but is it worth $40 at SDCC? In my opinion, no. Although it does capture the ruined church scene in Avengers: Age of Ultron fairly well, it doesn’t have the same impact that the Action Comics #1 set does. Plus the Ultron Sentries don’t appear in the scene but it’s nice that we get three of them in the set which kind of makes up for it. If you’re a LEGO Super Heroes collector, you’ll probably would’ve wanted to pick this set up while at SDCC. If not, eBay

is your second option and it isn’t as expensive as the DC set. If you want to build your own, I’ve provided the instructions so you can create it from your selection or BrickLink the parts you need. 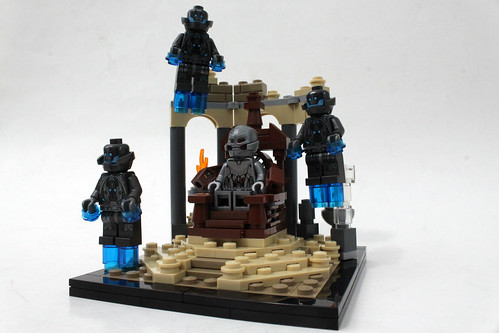