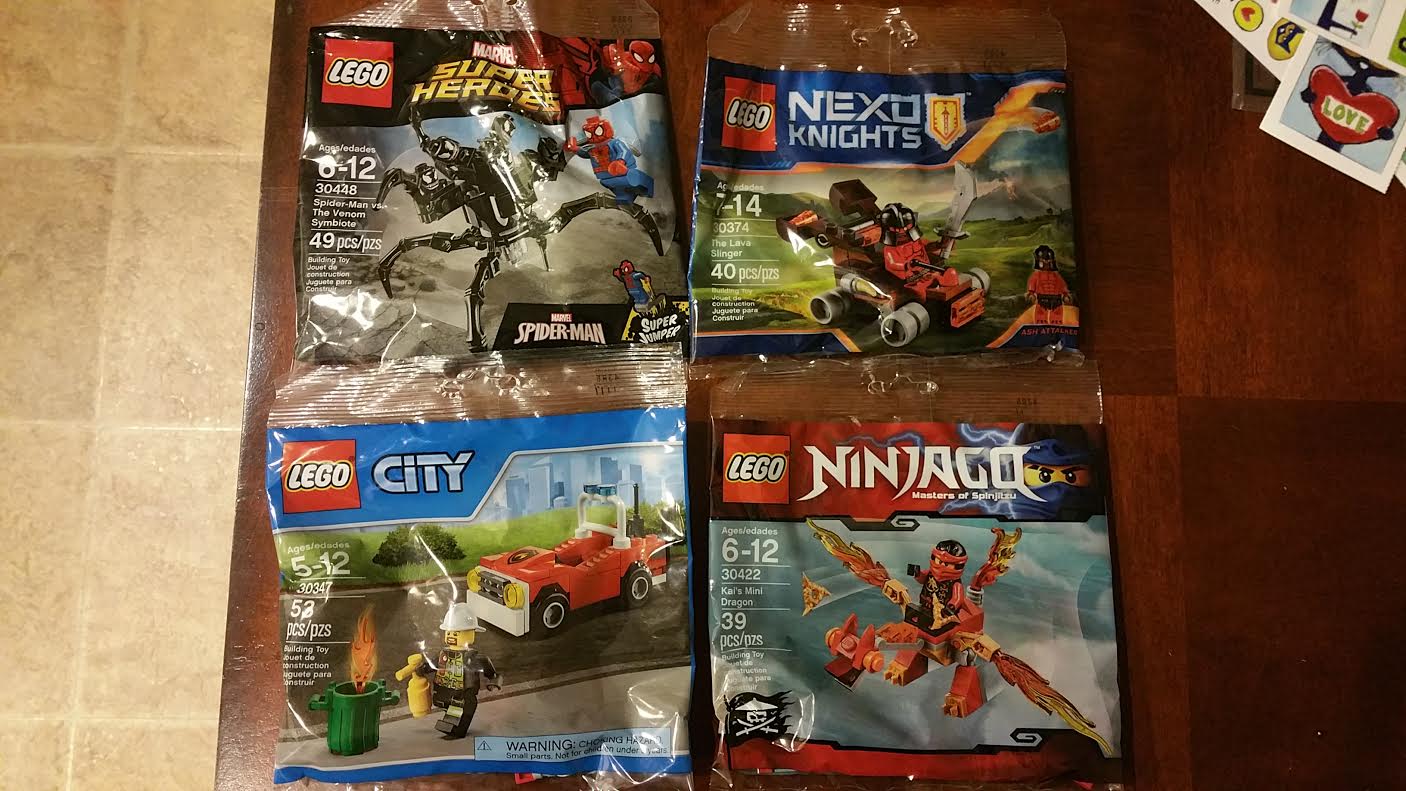 Last month, we first saw an image of the new LEGO Marvel Super Heroes Spider-Man vs. The Venon Symbiote (30448) polybag show up online. Fellow reader Joseph H. has recently emailed in letting me know that he has found the polybag at LEGOLAND Florida. I assume this polybag will be more widely available at other retailers later this year and possibly be at Walmart as a stocking stuffer during the holiday season.

Along with this polybag, he has also found the LEGO City Fire Car (30347), the LEGO Nexo Knights The Lava Slinger (30347), and the LEGO Ninjago Kai’s Mini Dragon (30422) there. If you’re searching for these polybags, you may want to check out LEGOLAND Florida or California and Discovery Centers so see if they have any.