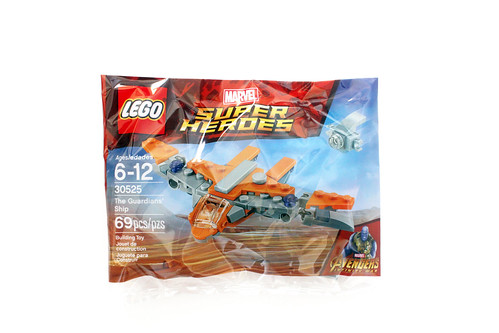 The Milano was featured extensively in Guardians of the Galaxy Vol. 1 and 2 however for Avengers: Infinity War, there’s a new ship called The Guardians’ Ship. LEGO has released a few sets featuring the new ship one of which is in the Thanos: Ultimate Battle (76107) and the other with this polybag. It has 69 pieces and the only way to get it so far was with purchases of $75 or more on [email protected] during the LEGO Marvel: The Universe Unites promotion. 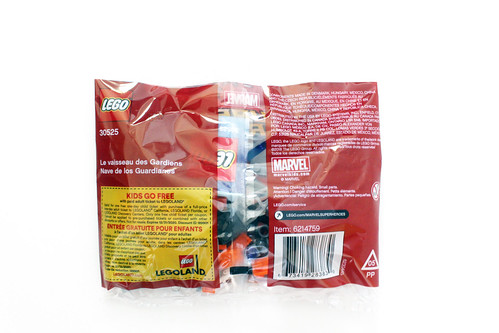 The design of The Guardian’s ship has slightly changed from last year’s Milano (30449) polybag due to it supposedly being a new ship however the style is similar. The color scheme is mainly orange and light gray which stands out. The curved trans-clear slope piece is used for the cockpit with some orange quarter circle tiles in the front of the ship. 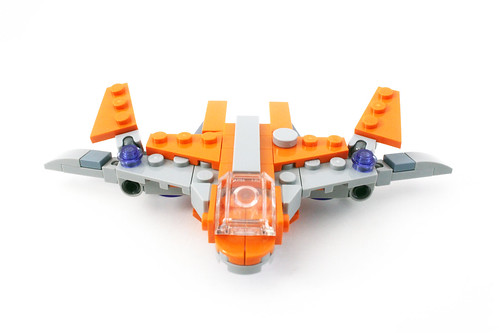 The cockpit area is on a hinge so it is able to move up and down ever so slightly. 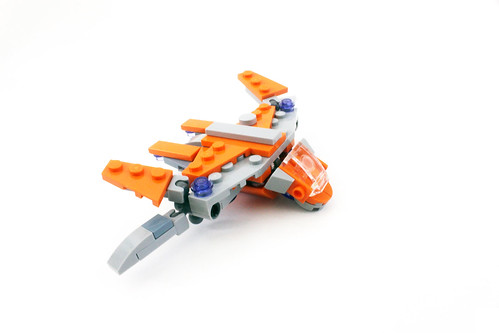 There’s also some sprinkling of some sand blue parts throughout the ship with some trans-clear purple round plates on the bottom which give it a nice contrast. 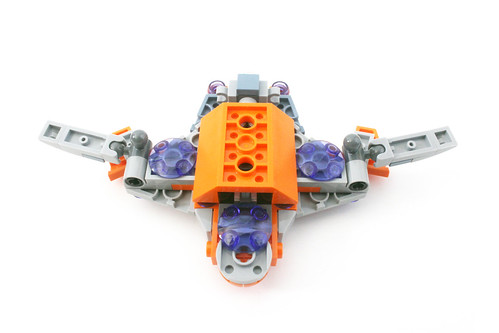 Like with the previous ship, the wings on the side are on some ball joints and can be angled in a variety of directions. 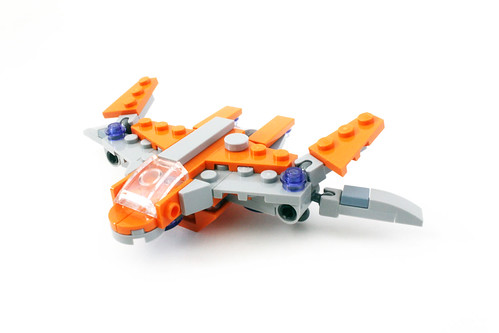 However unlike the Milano, the Guardian’s Ship has a new play feature on the back. Like with the larger counterpart, there’s an escape pod that also shows up in Thor’s Weapon Quest (76102) which is able to connect to the main part of the ship. It still looks good whether the escape pod is connected or not. 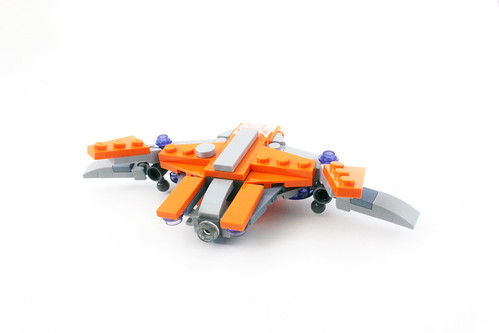 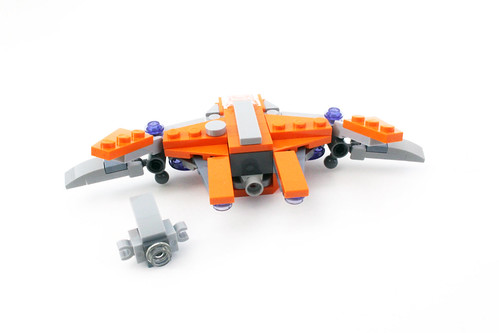 There hasn’t been any promotional images of the ship whether it be for other toys or in the trailers so we’re just assuming the look of the ship from what LEGO has gotten from Marvel/Disney. The LEGO Marvel Super Heroes Avengers: Infinity War The Guardian’s Ship (30525) polybag is still a pretty neat little set if that’s what LEGO had to go with. It’s slightly larger than the Milano but not as bulky however it does include some good playability with the escape pod and swooshability. 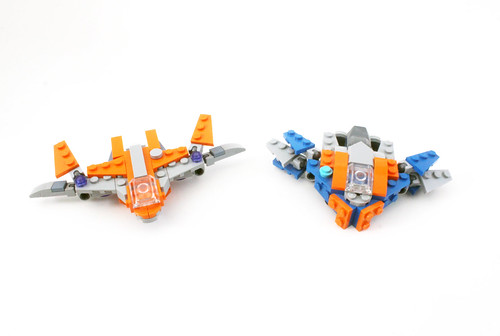 The promotion to get it on [email protected] is now over however LEGO Brand Stores may still give them out to get rid of stock as they sometimes do. They are also available at LEGOLAND parks and at Discovery Centers as well as on the secondary market. 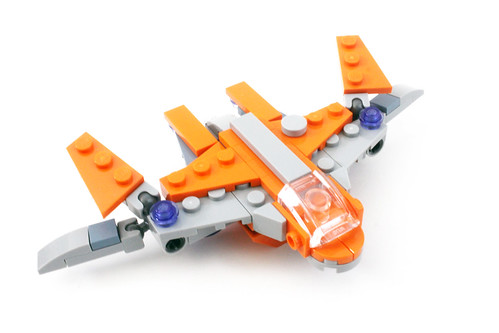