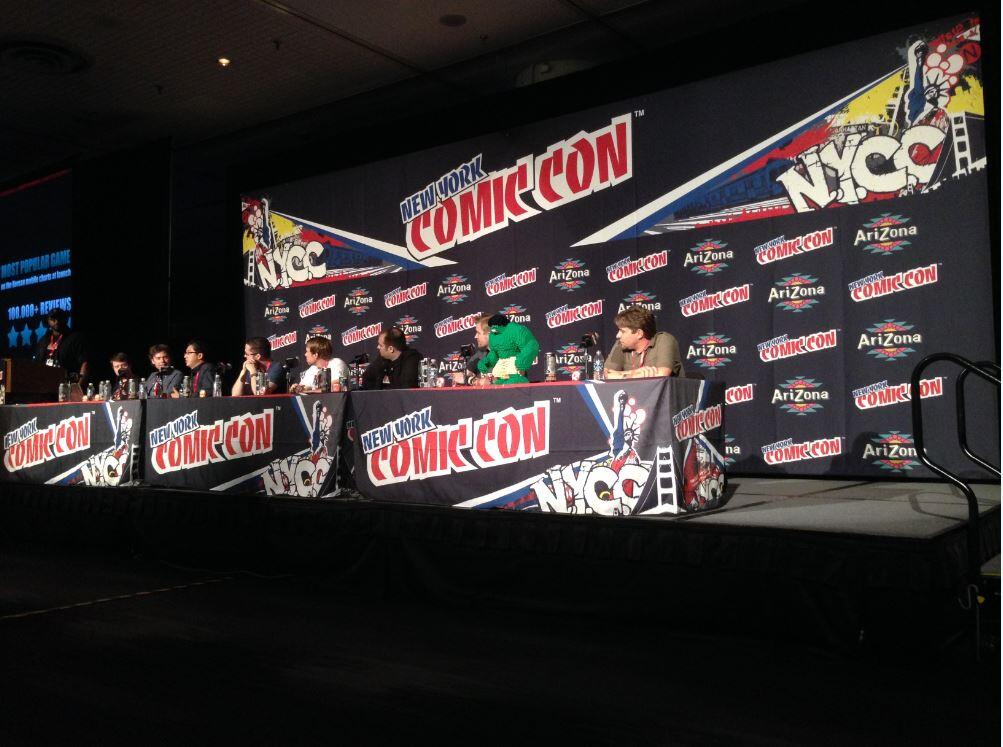 Arthur Parsons from TT Games has just announced more details of the LEGO Marvel Super Heroes Video Game at New York Comic Con 2013. There were a plethora of new characters announced including Shocker, Pyro, Nightmare, Absorbing Man, Malekith, Kurse as a bigfig, Taskmaster, Power Man, Iron Fist, Havok, Polaris, Moon Knight, Black Bolt, Ant-Man, Aunt May, Superior Spider-Man, and two different versions of Electro (comics and film). Taskmaster was included because fans wanted him in the game and TT listened to their fans again much like when Venom was announced as a bigfig when fans petitioned for it. Aunt May has no super powers but a hefty hand bag to whack enemies with. She-Hulk was accidentally announced when they were showing off the open world play. There will also be Future Foundation alternate costumes for various characters in the game. There are also over 50 vehicles including the ones we reported on before.

Arthur also announced the characters of the Thor: Asgard DLC which we reported on a couple of days ago and it includes Malekith, Kurse, Odin, Sif, Volstagg, Hogun, Fandral, and Jane Foster. The DLC will be available the day the game comes out.

The news that everyone has been waiting for was also announced at NYCC 2013, the playable demo. There will be a free downloadable demo on Tuesday, 10/15 for Xbox Live and PSN. The demo will also be available for the PC at LEGO.com.

Finally, everyone who attended the Marvel panel got the exclusive Iron Patriot minifigure which is previously available as a pre-order bonus at Walmart

We will keep this post updated as more details come in.

Update 1: There are now images of Pryo and Aunt May as well as some short footage of the open world play.