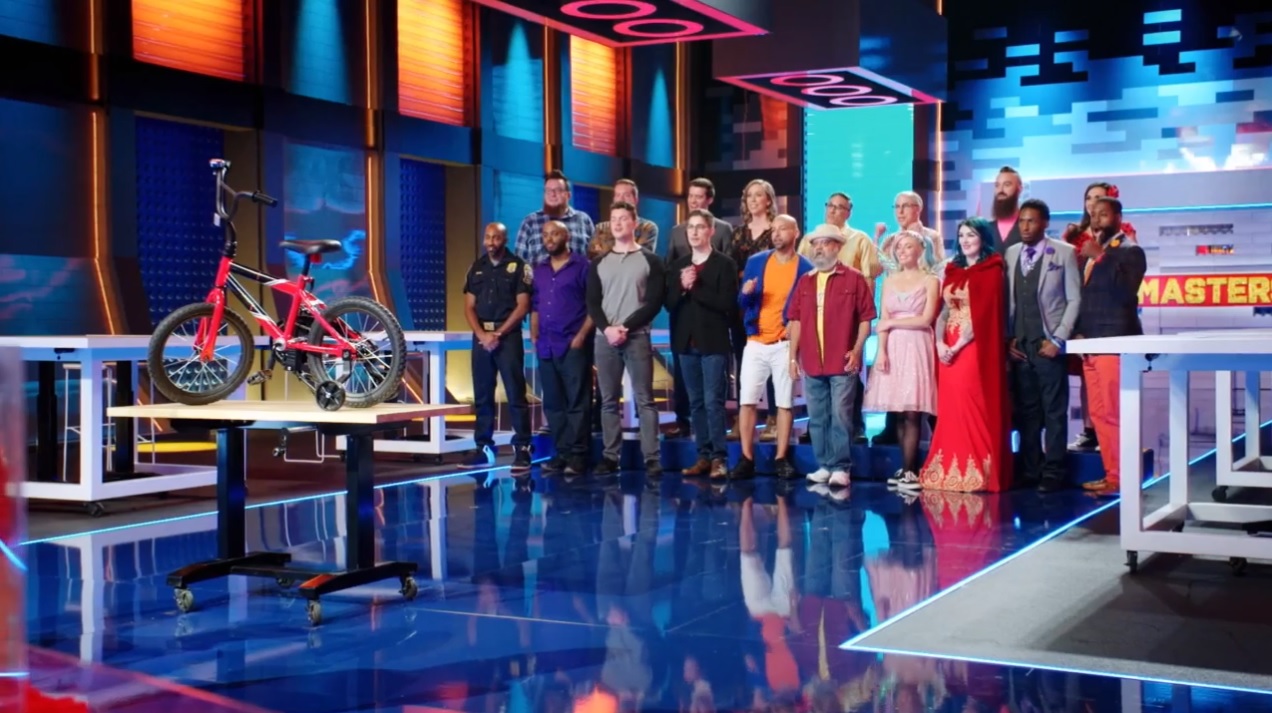 Just like that we’re already past the third week of LEGO Masters and the most recent episode is called Cut in Half. The premise is that teams have to build the other half of a particular object but it can be anything the teams decide it to be. It is a sculpting challenge with 12 hours to complete the challenge.

At the first commercial break, judges Jamie Berard and Amy Corbett talk to Amie & Krystle about their original idea which consisted of two different stories and that makes them reconsider with already two hours already gone. They later decide on dragons as their theme. 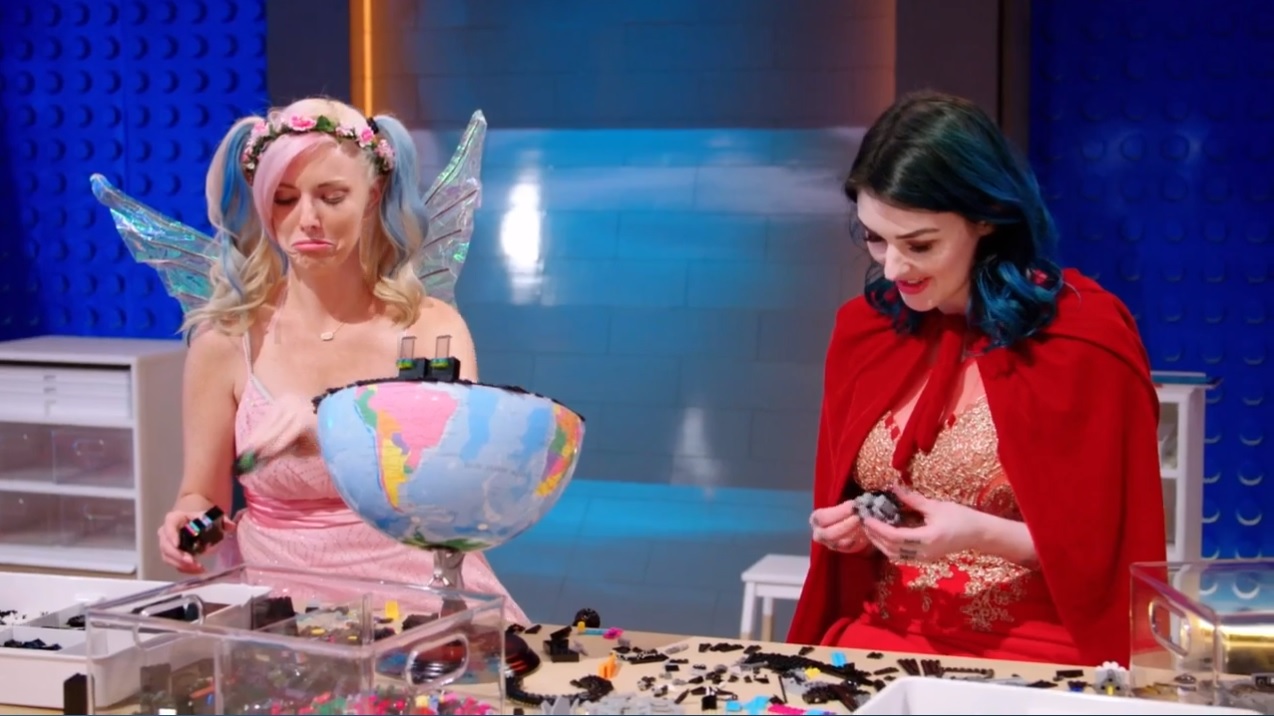 Travis & Corey are also are having doubts about their design with about six hours to go. Just as the second commercial cuts in, a new plot twist joins the show as Jamie and Amy review the teams’ builds halfway in. The top half teams keep doing what they have been doing while the bottom teams get a time-out and a pep talk from Will. 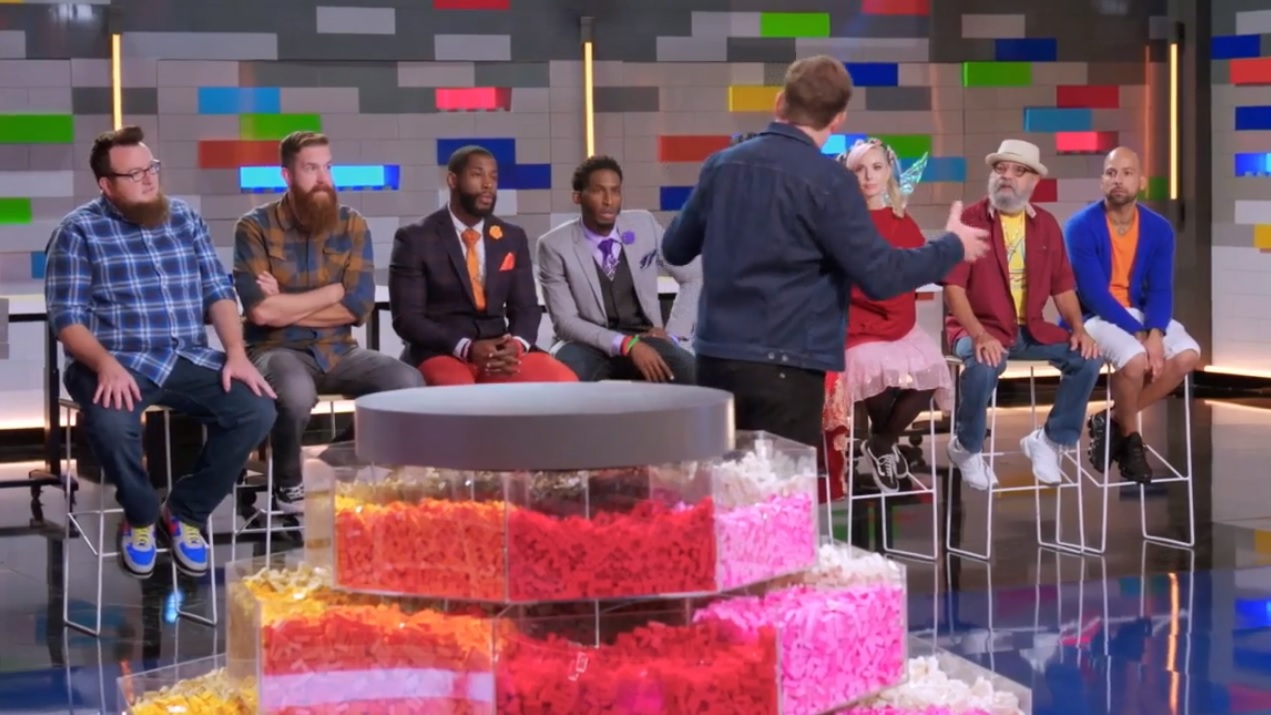 The top five teams include:

With two hours left, judge Amy doesn’t understand Corey and Travis’ build and how the pinata integrates with the race car. At this point, we can kind of see which two teams will be chosen as the bottom two who are at risk of being eliminated. 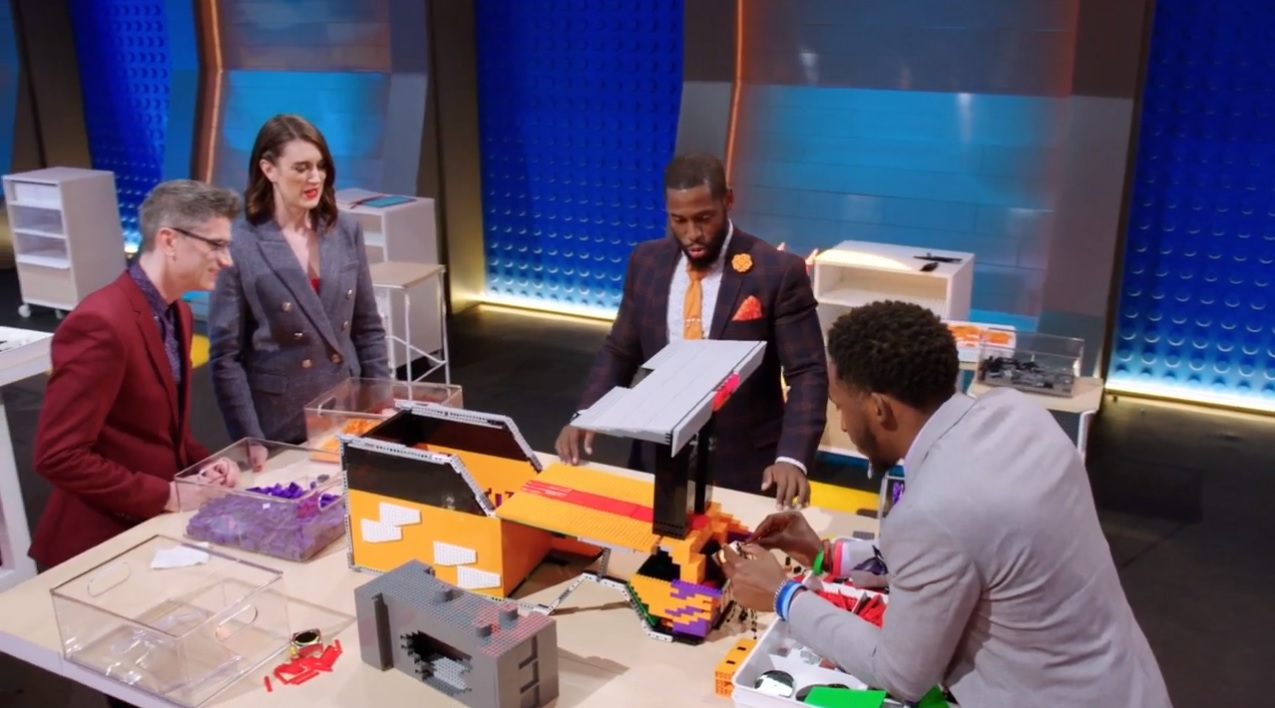 As this week’s competition ends, Aaron & Christian are still saving their Golden Brick for another week.

When it was time to show off the Global Dragons, the judges weren’t impressed with the build as it was really hard to see the dragons as well as the globe since the dragons draped over it. 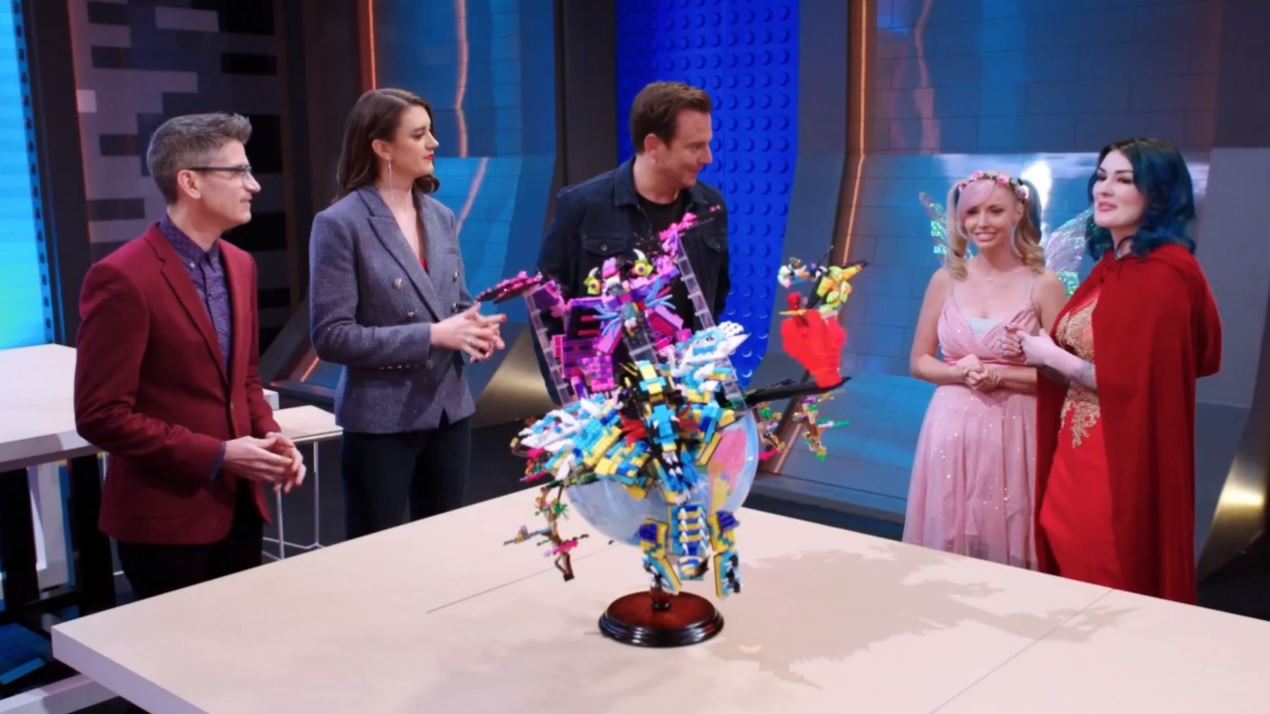 Sam & Jessica had a very impressive build this week with the mermaid and it also impressed the judges. 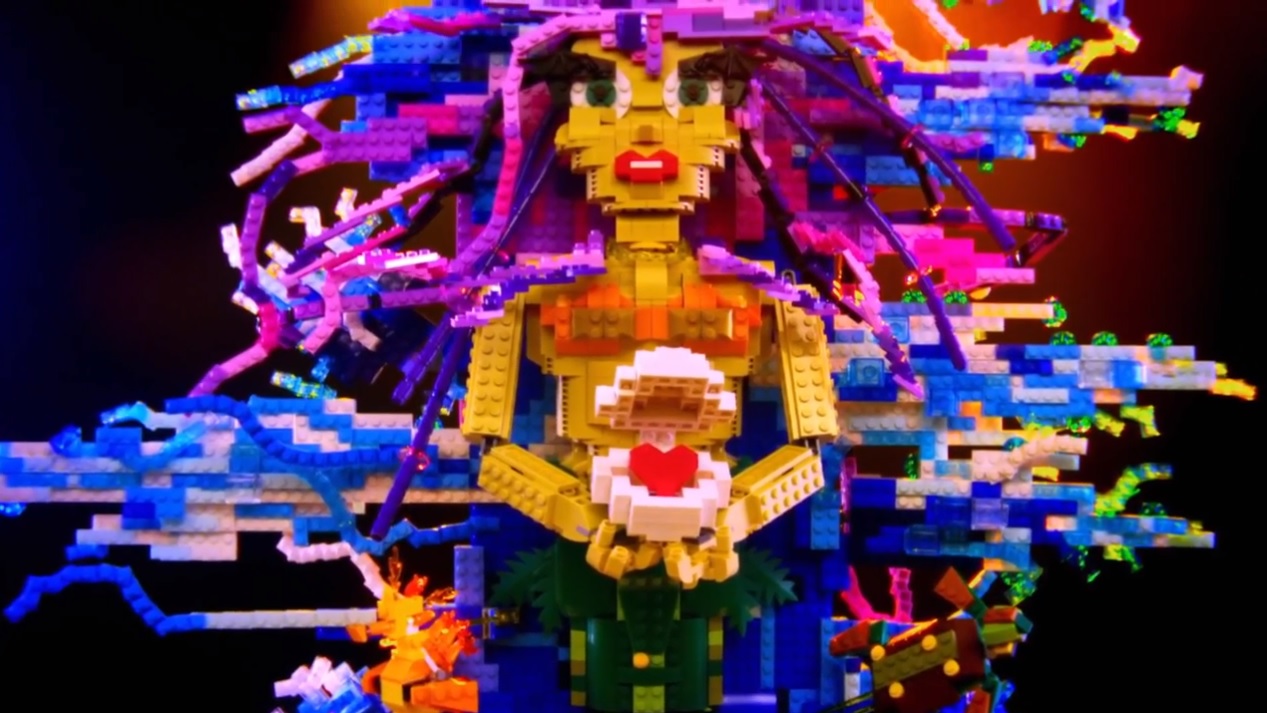 My favorite build this week was from Richard and Flynn with their Clockwork Man. The working gears and overall design along with their story was very impressive and it also made an impression on the judges. 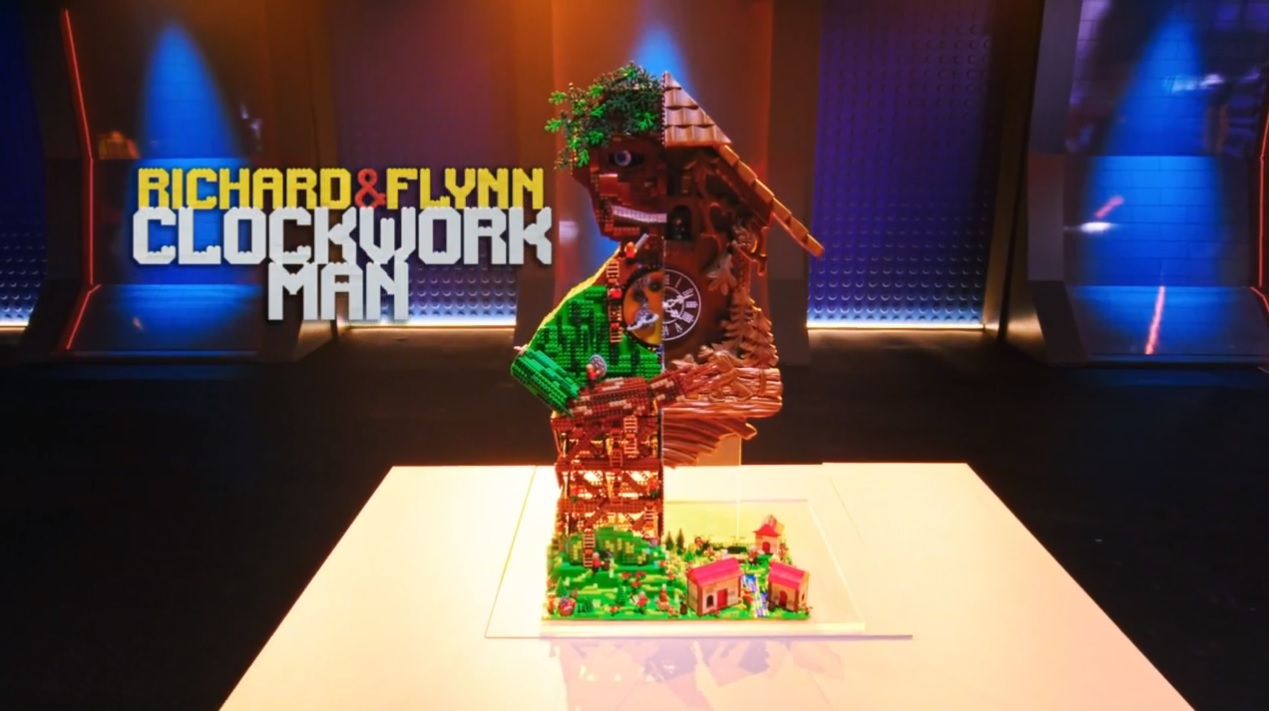 At the end, the two teams that impressed the judges the most were Richard & Flynn and Sam & Jessica and the winning build was Clockwork Man.

The bottom two teams were Corey & Travis and Amie & Krystle. The judges couldn’t see the connection between car and pinata even though there were small things that represented the pinata like the candies. The dragons were the focal point and the color were a bit distracting and it overshadowed the globe. The team that leaves this week are Corey & Travis. 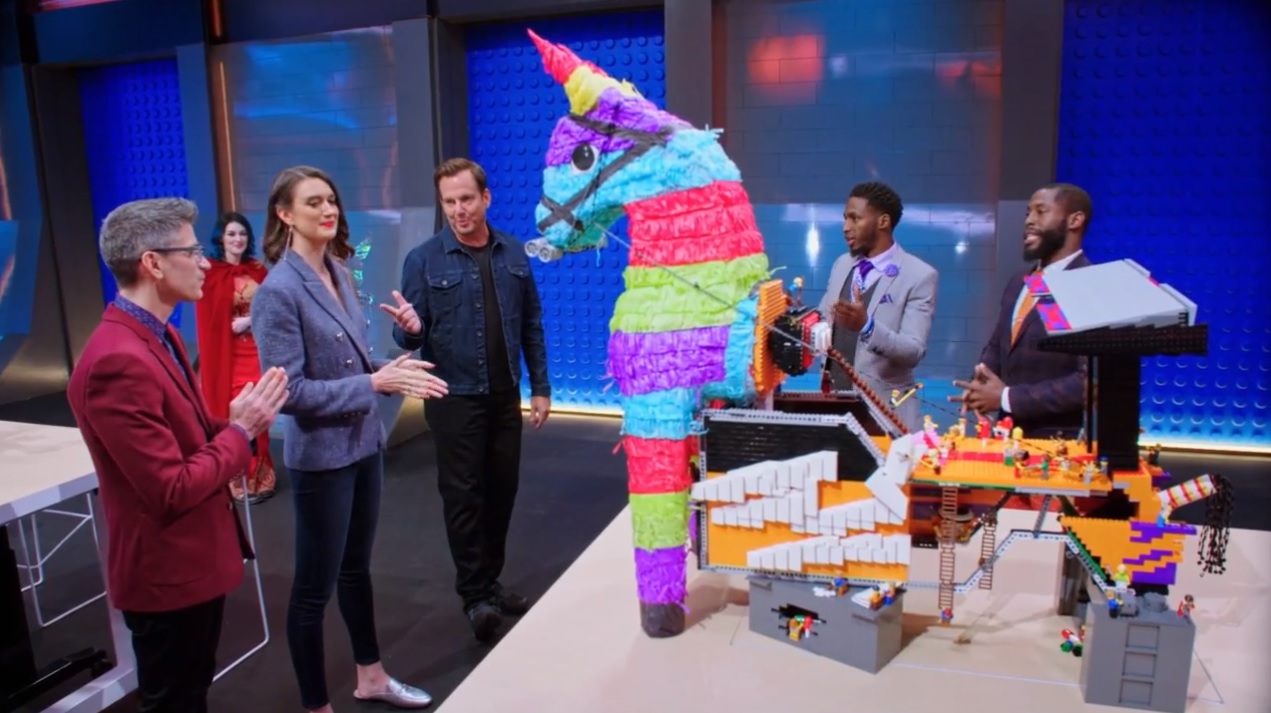 Later this week, the teams make their own movie in various themes. I’m not sure if the teams are just making movie related builds or if there will be some stop motion included as well. You can watch episode three here. 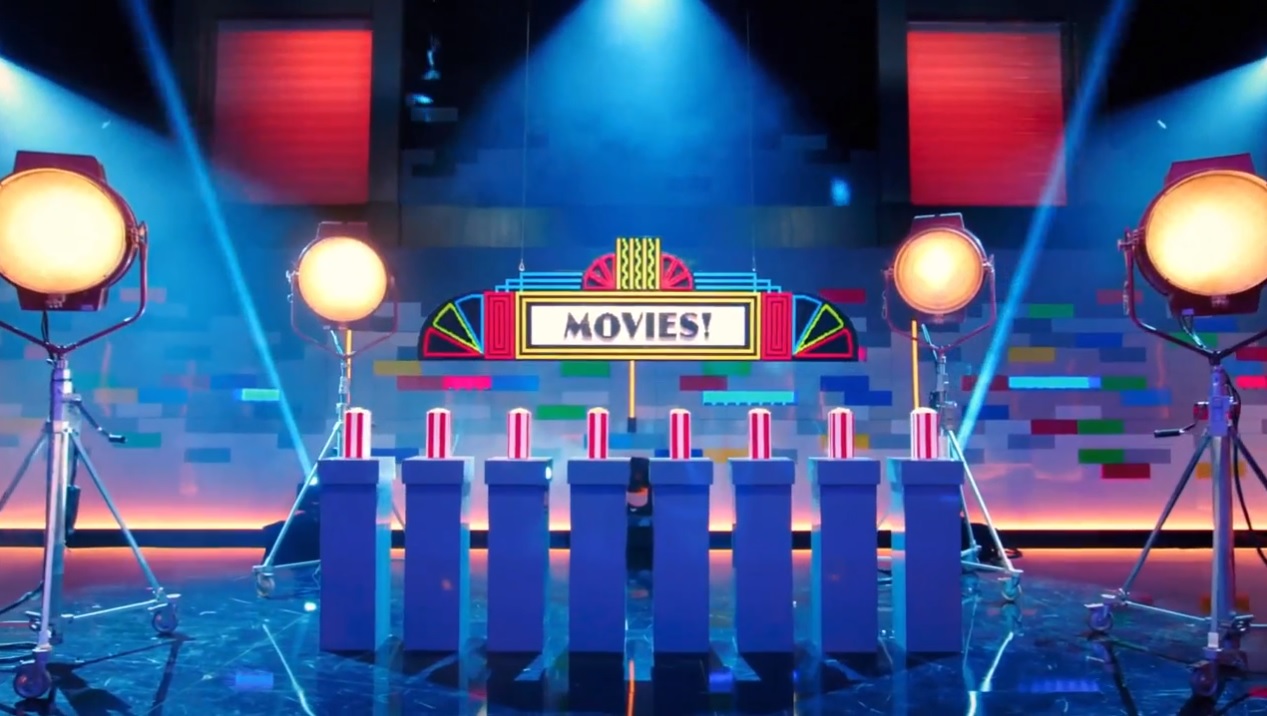